I won’t spoil the ending or the multiple different possible endings for you. But the stories of Kara, Connor, and Markus become intertwined at the end. The decisions that you make along the way can pull them apart or push them together. But the action and drama reach boiling points, and the different outcomes for each character are all variations on the same theme. The story of three androids becomes a single tale, and I like how the choices can lead to different endings — yet all deliver the same basic message.

The battle and protest scenes are quite laughable 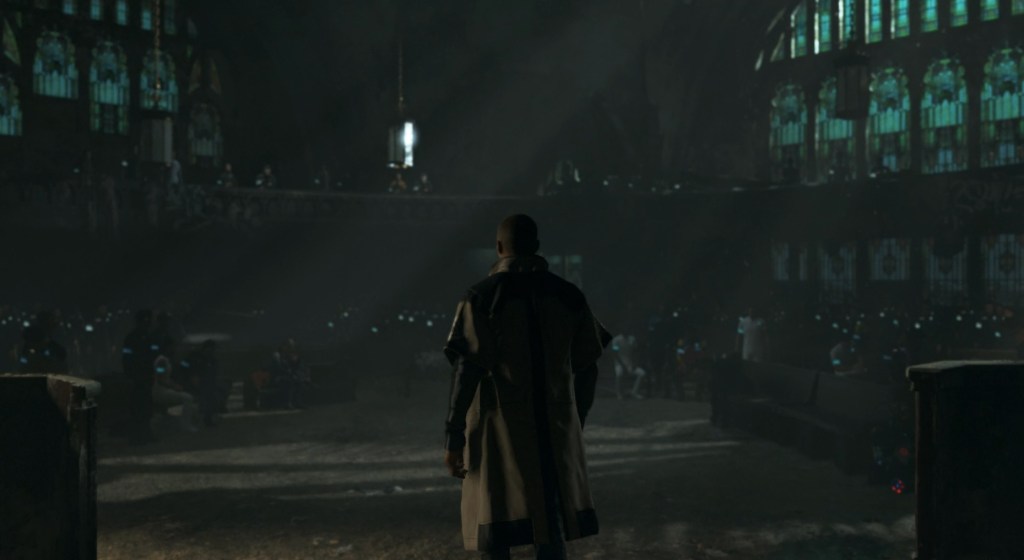 Above: Detroit: Become Human doesn’t look so good when it tries to show crowds.

Apparently, the Detroit’s game engine does a great job of rendering individual characters, but it can’t create the impression of an army very well. When you look at a big street protest or battle from above, it looks like a collection of individuals, with maybe 30 or 40 characters in the crowd. That doesn’t look like much, and it’s one of the most unrealistic things about the game. I’m not sure why that happened, as there is one scene at the end with a lot of androids in one place. I’m not sure why Quantic Dream didn’t do a better job creating the impression of large crowds. When Markus fights humans in a battle, it looks like a 10-versus-10 battle, not a huge firefight. Maybe Quantic Dream should have checked out the battle scenes in The Lord of the Rings for a better reminder of what a mass combat should look like.

The controls can be imprecise

When I played the advanced version, dubbed experienced, the choices flashed before me fast. Some were on short timers, and I felt like I was playing HQ Trivia, where you get 10 seconds to answer a question. Only this time, it was a moral dilemma. The game is good at forcing you to come up with a quick gut answer. But toward the end of the game, in the “action” scenes, I had to use a wider variety of controls beyond the buttons and triggers to make my choices. The game asked me to swipe the touchpad, and that’s where it failed to recognize my finger touches. As a result, I made a series of bad responses and lost my characters. That’s the frustration. If you press the wrong button in this game, you can’t undo it. And yet the controls aren’t as precise or responsive as they should be.

The interactivity is limited 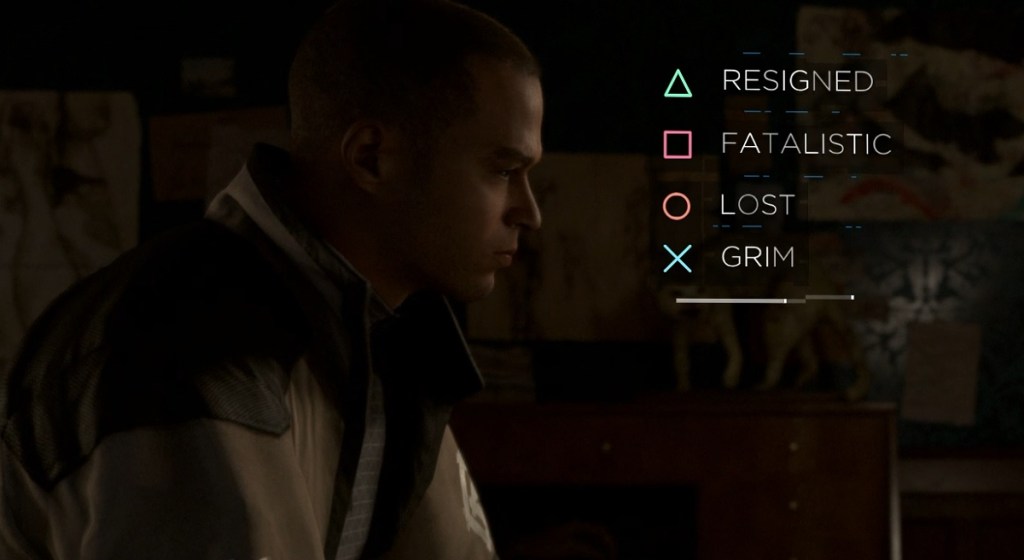 Above: Decisions in Detroit: Become Human are both big and small.

Detroit runs on Quicktime-style moments where you have to make choices. Inevitably, this gets annoying. You can’t interact with the world as fully as you can in other games, like first-person shooters. This was the biggest complaint that people had about past Quantic Dream games like Beyond: Two Souls and Heavy Rain. It’s a legitimate complaint, and there are moments, like a big battle, where this kind of button-choice gameplay really doesn’t work. At least this game is more interactive that previous titles.

It doesn’t always give you enough time to think

Sometimes that timer is your enemy. You might get 10 seconds to figure out a life-or-death moment. Sometimes that’s just not enough time. You can pause the game, but that interrupts the fantasy. Some of the time sequences are longer when the decision is really important, but I felt that the developers could have matched the time deadlines with the gravity of the decision better. 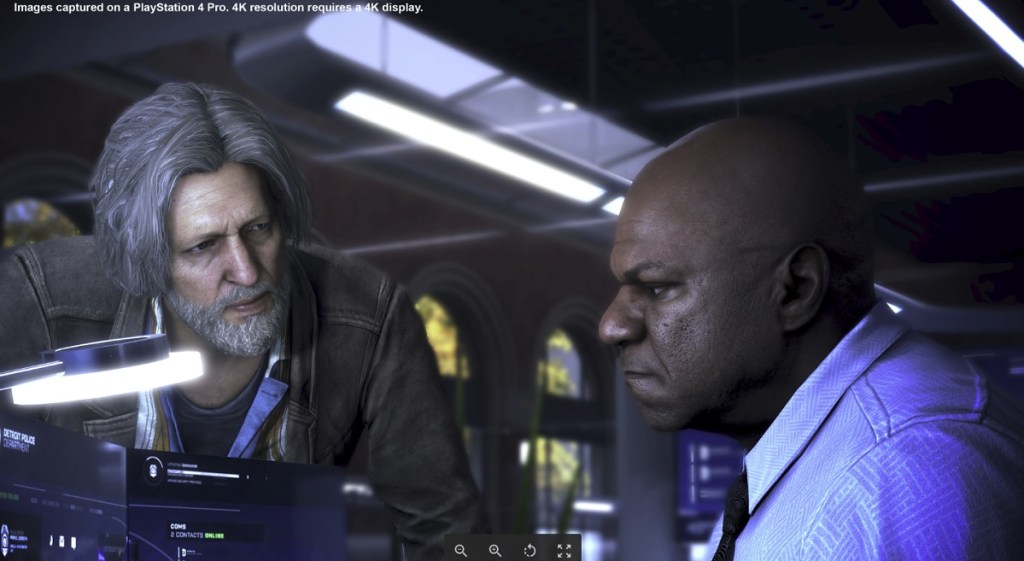 Above: These are human cops, and they’re far from perfect.

Artificial intelligence and androids are going to affect human society. The tech industry is failing to address this head on, and so it falls to popular fiction to slow us down and make us think.

Shows like Westworld and games like Detroit: Become Human are sounding the warnings for us to pay attention. We may not heed the warnings, but at the very least, we should understand what these creators are trying to tell the technologists, and if we should stray from the course that is now before us. Detroit: Become Human is best when it foresees the consequences of our decisions and sets up a clear choice — or a muddy choice. It creates the illusion of the Butterfly Effect, where small actions can lead to big consequences.

This is a story that we’ve seen a lot, in everything from Blade Runner to 2001: A Space Odyssey. It’s becoming as common a storyline as the zombie apocalypse or superhero fantasies. In each case, the story is only as good as its execution. If the characters are believable and engaging, if the story is well told, if the context and environment broadens the story, if the acting is superb, and if the actions and choices are consequential, then it is a job well done. And that’s how I feel about Detroit: Become Human.

Detroit: Beyond Human releases May 25 for the PlayStation 4. Sony provided a copy of the game for the purposes of this review.