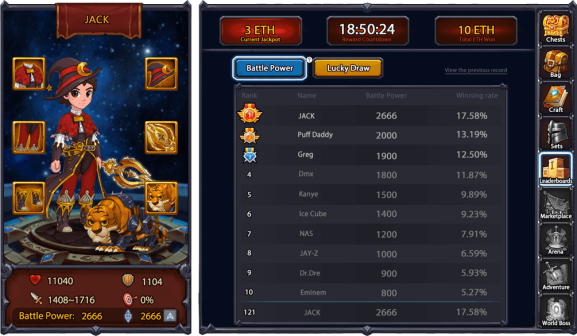 In recent times, we’ve heard a lot about successful ICOs and the millions being raised to create new economies and fund decentralized projects. But we often don’t hear about what happens next.

After successfully raising $20 million in under six hours, BitGuild is releasing something tangible and is launching its first products.

“Blockchain-based games?” you rightly ask. Absolutely. The best-known of these games is CryptoKitties, which has capture the hearts and Ethereum wallets of over 1.5 million users since launch.

And while Cryptokitties is grabbing all the press, other titles are raking in the crypto cash.

The first game available on BitGuild is Ether.Online, a massively popular role-playing game (RPG) that claims bigger revenue numbers than those reported by CryptoKitties. Additional games will be coming to BitGuild in the near future, including titles such as ETH.Town, Mythereum, and Axie Infinity.

“With blockchain, all of the game revenues go through smart contracts, meaning all the information is available there and publicly auditable,” BitGuild CEO Jared Psigoda told me. “On DappRadar.com you can see all of the top decentralized applications available on the Ethereum network. If you check DappRadar today, you’ll see that CryptoKitties is currently ranked higher than Ether Online in terms of daily active users. However, if you look at revenue, Ether Online ranks higher. In addition, those numbers do not include the PLAT coin revenue of the game from the BitGuild network.”

While the blockchain game market is not very big right now, it is poised to become a serious marketplace in the next few months.

“The top games out currently only have around 400-600 daily active users,” Psigoda said. “When comparing these numbers to the mobile games space, or even browser and console, it is still in its infancy. But there is a lot of potential here. Ether Online is a great example of what can be done when building a game on the blockchain. Currently, it runs 14 different smart contracts to operate the logic between how players interact with the game and each other. Every item in the game is actually a blockchain asset, which I think is the coolest part of the game.”

What will it take to make blockchain games relevant?

“For blockchain games to become truly relevant, we need to have more of them released to the public,” Psigoda said. “Ether Online is a great stepping stone for this as it shows developers that, yes, there is money to be made in this space and that gamers enjoy using cryptocurrencies to propel their gaming experience forward. Ether Online is also a great example of how the BitGuild incubator can be utilized to create fun and profitable games.”

Launching games on the platform is just one part of the puzzle, however.

BitGuild’s Portal will also include the BitGuild Game Incubator, which will enable developers to propose their game design plans and allow users to show direct support for the creation of the game.

“The purpose of the BitGuild incubator is to support developers and enable them to build games on the blockchain,” Psigoda said. “We are looking to bring on developers from all over the world who are currently building amazing blockchain games, or those who are interested in building them. We’ll be setting up a blockchain game investment fund that will most likely include Ethereum, as well as our currency, PLAT. We’ll use this fund to give out what amounts to grants to developers to help bolster production and get their game on the blockchain, while also helping them with things like smart contracts, game design, and so on. Obviously, we will have to look at developers’ projects with them and gauge their thoughts as well to see if they’re a right fit. We will soon be releasing more details about the incubator, so stay tuned.”

So what’s next for BitGuild as it continues to use the investment generated via its crowdsale?

“We will be doing game dev meetups around the world to talk about blockchain gaming with traditional developers in an effort to bring more talent into the ecosystem,” Psigoda said. “And we’ll be continuing to iterate on our portal functionality, adding more social functions, an item marketplace, etc.”