Solo: A Star Wars Story is in theaters today. It tells the exciting adventure of how notorious scoundrel Han Solo taught his Wookiee friend, Chewbacca, about the physics of load-bearing support beams. But in addition to giving us the origins of the smuggler and his first mate, the latest film in the galaxy far, far away also makes a reference to what many fans consider the worst game in the franchise … because it is.

This is a minor spoiler for Solo, but you shouldn’t read any further if you want to enjoy it for the first time during your viewing of the film. 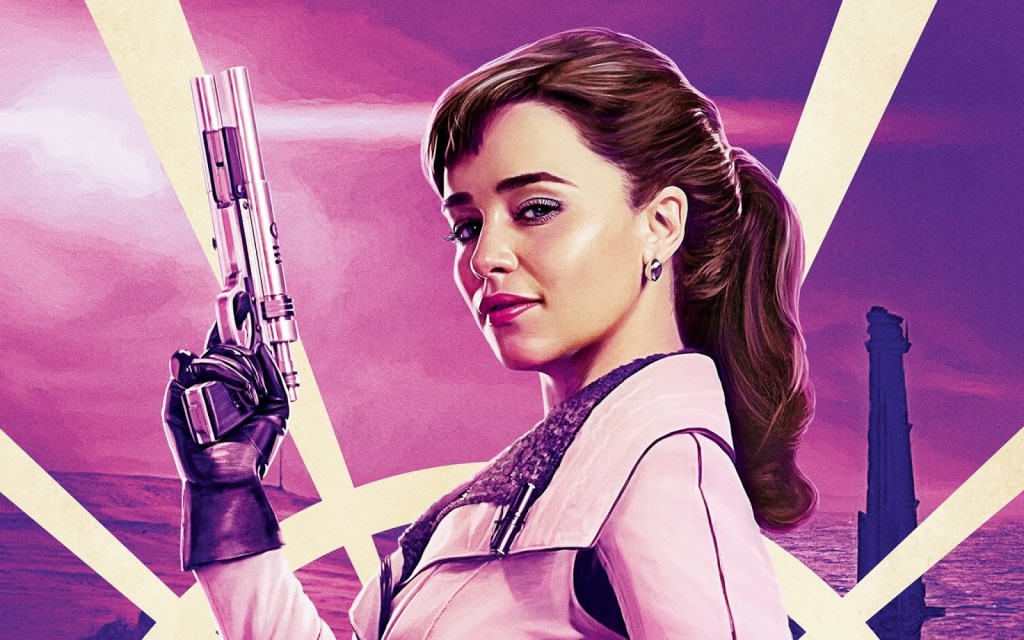 Above: Emilia Clarke as Qi’ra.

In one sequence in Solo: A Star Wars Story, the crime syndicate lieutenant Qi’ra, who used to date Han Solo, does a bit of kung fu on an enemy. One of the other characters notes how proficient she is at martial arts and asks what it is. Qi’ra says it is a fighting style known as Teräs Käsi.

I nearly exploded when I heard that because it is a reference to the 1997 PlayStation fighting game Star Wars: Masters of Teräs Käsi, which was an absurd Tekken clone from developer LucasArts. It had Luke Skywalker, Han Solo, Boba Fett, and more kicking and punching each other in laughable combos while speeders flew in the background on Hoth.

It is also an awful video game.

Masters of Teräs Käsiis no longer canon in Disney’s Star Wars, and it didn’t first appear in the game. That honor goes to Star Wars: Shadows of the Empire, which is a 1996 novel by author Steve Perry. But this was during a time when Lucasfilm was doing interconnected, cross-media events, and while Teräs Käsi first appeared in the book, Lucasfilm knew that a fighting game was in the works.

And even if Teräs Käsi did originate elsewhere, you cannot mention the sci-fi martial art without the PlayStation game coming to mind. GamesBeat reviews editor Mike Minotti told me that he had to grab his face to stop himself from screaming at that line because Masters of Teräs Käsi immediately popped into his head as well.

Finally, this isn’t even the first time Teräs Käsi has returned in the new Star Wars canon. Developer Kabam brought the fighting style back in its mobile game Star Wars: Uprising for iOS and mobile — although it only gets a mention in passing in that game. And First Order leader Snoke’s Praetorian Guards trained in the fighting style.

So does this mean we’ll finally get a Masters of Teräs Käsi reboot? Well, no one is asking for it, so probably.