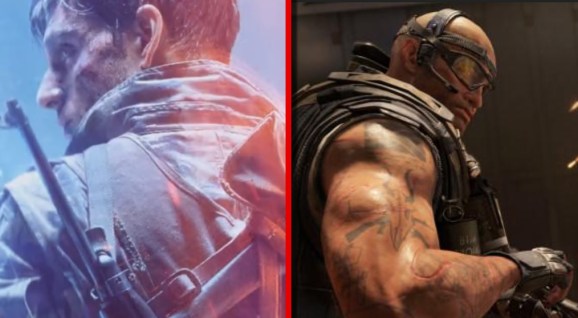 The battle royale between Call of Duty and Battlefield.

Activision and Electronic Arts disclosed the war plans for their big first-person shooter games of the year, and now it’s time for one of those “tastes great, less filling” debates about which video game is better: Call of Duty: Black Ops 4 or Battlefield V.

It will be months before the games debut in October and we have full information about features, such as the quality of Black Ops 4’s battle royale mode (EA hasn’t even acknowledged Battlefield V will have one yet). But it’s time for armchair generals like me to wag their tongues. I love both of these series, and I thought Battlefield 1 and Call of Duty: WWII were both terrific games. I’d love to see the sentiment analysis of how gamers reacted to both revelations. Activision said that more than 80 million people watched the reveal and its various bits of content.

Call of Duty won’t have as many crazy sci-fi features, as it eliminated wall running and boost jumping. Battlefield will certainly have an advantage with its focus on “air, land, and sea,” while Call of Duty is signaling its return to “boots on the ground” infantry combat.

Aside from the setting, the biggest difference between the two games has to do with the single-player campaign.

Treyarch must have been under a lot of pressure to move into battle royale, the red-hot genre of Fortnite and PlayerUnknown’s Battlegrounds. It jettisoned the single-player campaign that has accompanied every other Call of Duty release since 2003 and opted to add a battle royale map instead. Treyarch essentially punted the solo experience — one of the most important when it comes to engagement and emotional attachment — back to DICE.

I think we have a big gap here, and if someone else wants to enter the market for first-person shooters, they’ve got an opening, particularly if they take the approach of creating an epic Naughty Dog-style story like Uncharted or Steven Spielberg’s Saving Private Ryan. You could argue that single-player campaigns are very expensive to make and they generate little engagement with fans compared to multiplayer or co-op. You can’t play single-player campaigns over and over as you do with multiplayer or co-op.

But I think they are the pillar of intellectual interest in the subject, and they create the meaning that drives people to play multiplayer. It’s the story, stupid. As game investor John Goldman said, the investment in story is why something like The Walking Dead has become more valuable than the next story about zombies. But like I said, Battlefield V has a marginal advantage on single-player.

Oddly enough, we can see similarities on a granular level. Both games are converging on more accurate shooting. Battlefield V won’t have random bullet deviation anymore, so that the bullet goes where you aim, with the understanding that a gun’s recoil will cause some spread in a shooting pattern. Call of Duty will have “true predictive recoil patterns,” which means that shooters can make micro-adjustments while aiming and shooting.

The games could differ when it comes to business models as well. EA announced that it won’t charge extra for Battlefield V maps and downloadable content. Players will get the updates for free. Activision has traditionally charged money for the extra installments. And both companies have to worry about the accessibility of Fortnite, which is a free-to-play game. 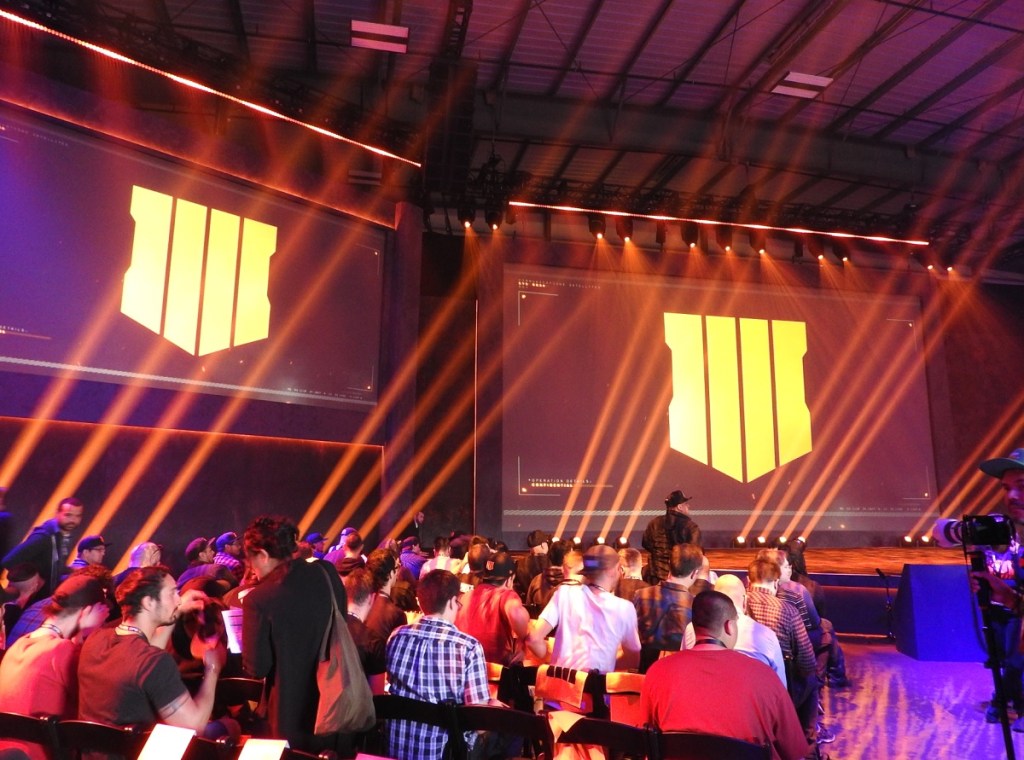 Battlefield has always emphasized squad play, and it has doubled down on that with its Combined Operations four-player co-op mode where you’ll be able to go on an endless series of missions with your squadmates. You can collect rewards for the squad, like V1 rockets or Tiger tanks. By contrast, Treyarch has tripled down on Zombies mode for co-op play. It’s kind of funny that the biggest part of Call of Duty (Zombies) is really off topic, born from an Easter egg many years ago. Zombies is zany, and it doesn’t feel like it fits with the serious war theme.

By contrast, Battlefield has thematic integrity. Everything in it — live services known as Tides of War, the War Stories, multiplayer, and co-op — serves the idea of the immersive war battle. When you buy Battlefield, you buy one game. When you buy Call of Duty this year, you’re going to get several unrelated games in a single package. In Battlefield, we will all know what we’re fighting for. In Call of Duty, I’m not sure how they’re going to communicate what the central conflict is all about.

We can expect battle royale modes in both games. Battlefield still wins when it comes to numbers of players (developers mentioned 64-player battles in the Grand Operations mode, while Call of Duty didn’t specify any numbers). Fortnite and PUBG can pit as many as 100 players against each other, but Call of Duty may be handicapped here as the most it has done lately is 18 players. That’s not much of a battle royale. 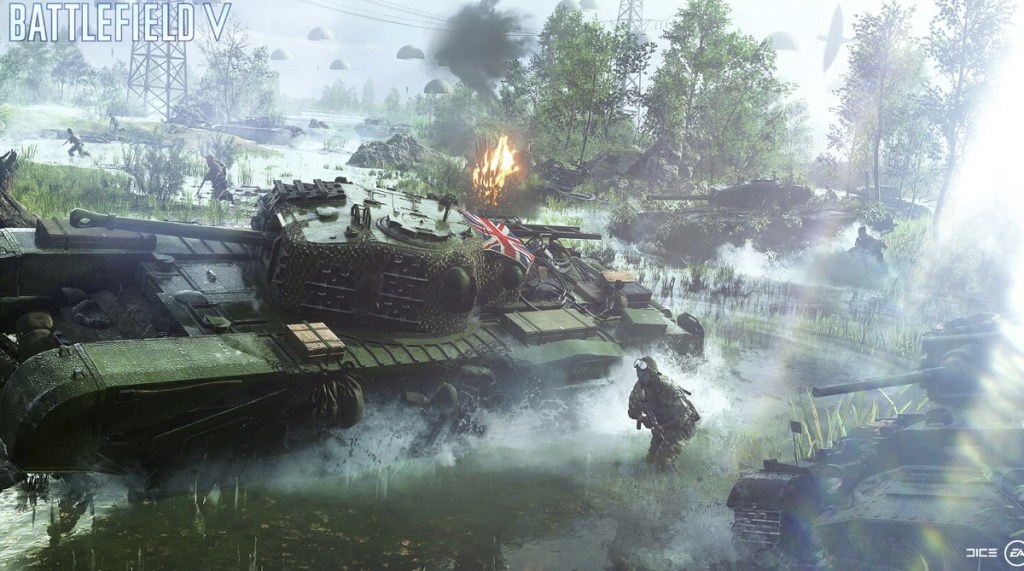 Above: British tank in Battlefield V.

Developers have many ways to approach battle royale. You can push for a lot of players, but that might slow down the action for individuals. Call of Duty prides itself on being fast action, while Battlefield has embraced large battles. You can have huge maps or small ones. The graphics can be cartoonish like Fortnite’s or realistic. It remains to be seen who among the developers makes the best choices and trade-offs.

Overall, I’m favoring Battlefield V over Black Ops 4. That’s a first for me when it comes to these two series. But I’m also not worried. I played Black Ops 4, and the multiplayer gameplay is still fantastic. From what I’ve seen, both Call of Duty and Battlefield multiplayer are putting a greater emphasis on teamwork.

I haven’t had a chance to get my hands on Battlefield V yet. I really liked how the simulation was becoming so much more realistic, allowing for things like more physical combat and the use of dynamic fortifications. So I’m willing to wait and see what the future holds. I’m also sure I’ll be playing both games when the come out.

But one thing’s for sure. For the first time in years, the developers of Call of Duty and Battlefield don’t have to worry about just each other, but they also need to worry about Fortnite and PUBG as well. And everybody will have to worry about Rockstar’s upcoming potential blockbuster, Red Dead Redemption 2. Competition is a good thing, and it’s going to be great this year.