Surprise! A new Pokémon game came out for the Switch today! But don’t get too excited. Pokémon Quest is a free-to-play digital title that’s more like a mobile spinoff. It actually is coming to mobile in late June. But for now, it’s a Switch title … and it’s not a great one.

Pokémon Quest is simple. You have a team of three Pokémon that you take out on expeditions, where they attack waves of enemies. Your Pokémon fight automatically, although each one has one or two cooldown abilities that you activate. So your contribution is really just pushing those buttons as often as you can. You can even have your Pokémon use those cooldowns automatically. Then the game is completely playing itself.

But Pokémon Quest does at least have a decent gameplay loop. When you complete an expedition, you gain items that you can use to make your Pokémon stronger. You also get ingredients that you can cook together to attract new creatures. This is how you collect more Pokémon. 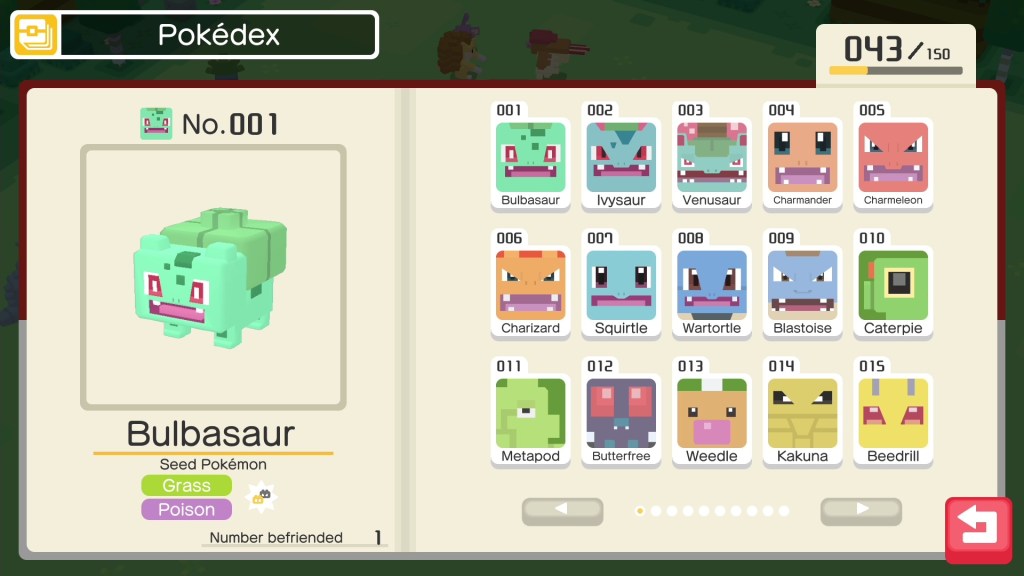 Above: Yup, you still need to catch them all … or attract them all with food.

That’s also where the free-to-play ugliness comes in. Your food takes time to cook. You won’t attract any Pokémon until you go on a few expeditions. And, guess what, there’s an energy-based fatigue system. So if you go on a bunch of expeditions, the game will eventually lock you out until you gain some more energy.

Of course, a currency called PM Tickets can make food cook instantly and refill that energy meter. You earn a decent amount of these through playing the game, but you can also buy them with real money.

I haven’t played enough of Pokémon Quest to know if it gives me enough free PM Tickets to play as much as I’d like, but the existence of any kind of an energy system is troublesome. It’s the worst kind of free-to-play garbage. 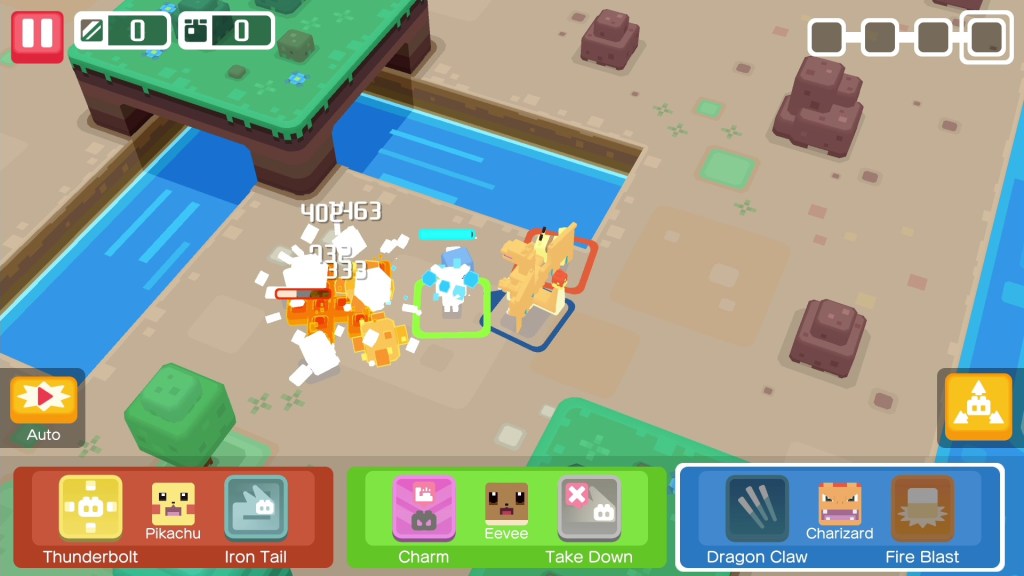 Above: Just keep pushing those buttons.

Pokémon Quest also sports a unique aesthetic for the franchise, ditching traditional character models for blocky interpretations very much in the Minecraft style. Reading that description is probably enough to make you roll your eyes, but it looks fine. At least the game is doing something different, and the minimalist style fits the simple style of the gameplay.

Aside from the lame energy-based restrictions, Pokémon Quest isn’t offensive. It’s an easy, stress-free game. But the way it practically plays itself makes Pokémon Quest better suited for mobile than the Switch. I can maybe see myself playing an expedition here or there if I’m on the go or on the toilet, but I’m not going to use my Switch for this game when I have much meatier experiences waiting for me on it.