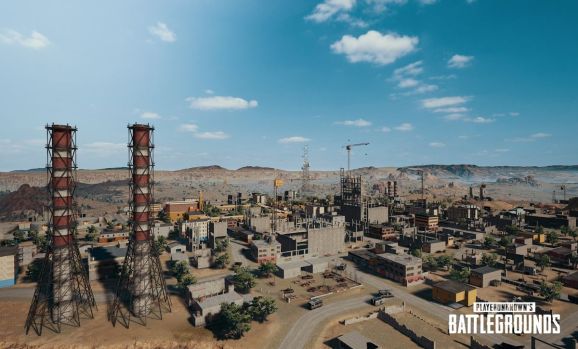 The Miramar map for PlayerUnknown's Battlegrounds.

The court drama involves two of the three best-known “battle royale” games, a shooter-survival subgenre that has exploded in popularity over the last year. Each of the games drops 100 players onto a map with scattered weapons and equipment, awarding victory to the last person standing. Building on Daybreak’s King of the Hill mode in H1Z1, PUBG quickly saw its PlayerUnknown’s Battlegrounds surge in popularity, after which Fortnite developer Epic brought similar concepts into its Battle Royale mode.

Today, Fortnite and Battlegrounds are among the most popular computer, console, and mobile games. Over 40 million copies of each game have been sold across multiple platforms, with millions of active users on mobile alone. Fortnite has been particularly popular, generating upwards of $200 million per month, arguably somewhat at PUBG’s expense.

PUBG is alleging that Epic copied core elements, items, and user interfaces for Fortnite, including at least 11 similar concepts. According to PUBG, Epic uses overlapping weapons such as an Assault Rifle and Shotgun, nearly identical compass and map features, and a similar blue circle effect to reduce the size of play areas. It also allegedly copies PUBG’s maximum number of players and health regeneration system.

Copyright law — especially international copyright law — presents interesting challenges for both PUBG and Epic. To win a copyright infringement case, a plaintiff typically must show direct duplication of game code, art, or audio, not just ideas. Copying the common idea of a “shotgun” therefore wouldn’t be enough; the actual shotgun art or game code would need to have been cloned between games. The dispute is further complicated by the fact that PUBG used Epic’s Unreal Engine, which may have given Epic some contractual rights to PUBG’s content.

Epic declined to comment on the lawsuit. We have reached out to PUBG and will update this article when we hear back from the company.