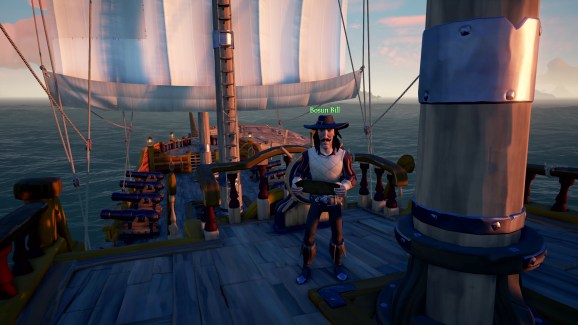 Sea of Thieves in gorgeous 4K.

Sea of Thieves hasn’t kept all of the momentum from its launch, but developer Rare is putting in the effort to keep its most dedicated players happy. That begins with The Hungering Deep content update that is available in the game today, and it will continue throughout this year with regular updates from multiple teams within the studio. Rare now has four distinct teams building new content for its pirating simulator, and it says that its updates should only get larger and more elaborate in the future.

As recently as May 1, Rare only had three teams working on content, but executive producer Joe Neate told Windows Central in an interview today that the company is putting together the fourth crew now.

“We want our content updates to be very regular, and we’re currently nailing that down. We split into three separate game teams to support this, [and we’re] switching between content updates,” said Neate. “The Hungering Deep team had the shortest lead time, working on it for the last six or seven weeks. That team will now move on to their next big update. Then you have the teams working on Cursed Sails and Forsaken Shores, and those guys have a bit of a longer lead time. As we build up, each time will hopefully have a longer lead time as well. And we’re currently spinning up the fourth team — we’re all in on Sea of Thieves.”

These content teams are the key to Rare’s Sea of Thieves strategy. Even for fans of the game, the biggest criticism is that the missions and rewards do not have enough variety. But the company wants to freshen things up as often as it can with new mechanics, quest types, and player interactions. And it claims that The Hungering Deep is only a taste of that.

The Hungering Deep introduces a new mini-quest to Sea of Thieves that will force you to encounter a massive underwater beast. But you cannot complete this mission on your own, and this is one of the new ideas this update is bringing to the game.

“To uncover the beast, you’re going to have to work together with another crew,” said Neate. “We want to encourage that human interaction beyond ship-to-ship combat … We want people to be using the speaking trumpet to communicate across the sea at a distance, use your flags to communicate your intentions. We’re trying to foster new ways to interact in-game.

The speaking trumpet enables players to broadcast their voice across the water. You can call other ships to help you on your quest, and you can even change your flags now to indicate that you are looking for partners. Rare says this will lead to “uneasy alliances,” so expect a lot of betrayal still. But even so, just having a way to interact with other ships beyond shooting or not shooting could lead to new types of interactions between vessels.