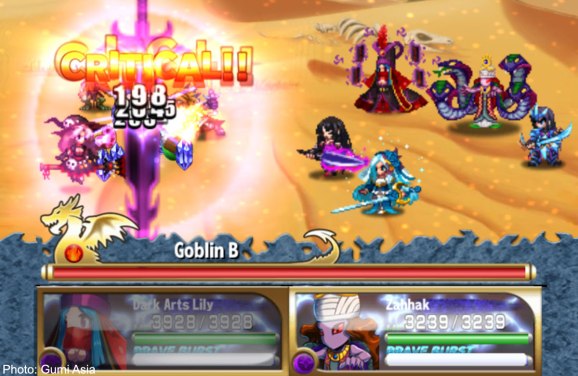 The fund, dubbed Gumi Cryptos, will invest in cryptocurrency and blockchain technology companies. In doing so, it is latching on to the decentralized, transparent ledger technology that has helped cryptocurrencies such as Bitcoin and Ethereum take off.

Gumi Cryptos is led by Hironao Kunimitsu, founder and CEO of Tokyo-based Gumi, and Miko Matsumura, founder of U.S.-based virtual currency exchange Evercoin. The fund offers its portfolio companies a strategic venture capital investment partner with unique access to the Japan cryptocurrency market through its network of investors and management board.

“We’ll be bringing startups from outside of Japan to the Japanese market,” Matsumura said in an interview with GamesBeat. “We like early stage. We invest in equity or tokens. We like financial services. We like game technologies, and we believe there is a strong connection between gaming and crypto.”

Matsumura is a Venture Partner at BitBull Capital and an advisor at Arrington XRP Capital. He is an investor in Lyft, FileCoin, Brave, Civic, Basecoin, Propy, Polymath and more. Matsumura has also served as an advisor to over a dozen initial coin offerings and startups, having raised over $250 million to date for companies such as Bee Token (Decentralized AirBnB) and Celsius Network (Crypto Lending Platform).

Gumi Cryptos fills a void in the investment spectrum of the blockchain and cryptocurrency industry. In many cases, even the top cryptocurrency organizations in the world struggle to understand and access markets in Japan, including investment and industrial networks, customers, exchanges, and regulators.

“We decided to create a fund that enables us to engage more directly with early-stage blockchain and cryptocurrency startups, in order to be more effective partners and have a real impact in the market,” said Kunimitsu, in a statement. “Our team brings tremendous expertise in emerging technology, and with Gumi Cryptos, we can truly partner with these companies as they achieve amazing results for all stakeholders.”

Matsumura said, “Having advised top global cryptocurrency startups alongside some of the best investors in the world, I’ve come to realize that all of them struggle to break into Japan, the largest cryptocurrency market in the world. I’m excited to join Gumi and their well-respected network in Japan.”

Japan was the first country to legalize Bitcoin, and Japanese yen accounts for 56.2 percent of Bitcoin volume, according to Coinhills.com. Gumi was founded in 2007, and its popular role-playing games include Brave Frontier and The Alchemist Code.

Japan also has a big focus on regulating cryptocurrency companies now, in light of failures such as Mt. Gox and Coincheck. Both Japanese companies were hacked and lost hundreds of millions of dollars in user crypto holdings.

“The pendulum as you described is swinging toward more regulation,” Matsumura said. “It is influenced by what has happened, like Mt. Gox. That was wow, cataclysmic. And with Coincheck, you wonder how that could happen after Mt. Gox. The regulators are more active, but in the long run, Japan is embracing the phenomenal growth of cryptocurrency and blockchain.”

As for the blockchain explosion and subsequent investment bubble, Matsumura said, “It was an explosion of pent-up demand. That explosion was very inefficient. Some ICOs are pure-blooded scams. But the energy is real, and there is an unfulfilled desire in the market. I hope we can deploy capital way more efficiently. The genie is out of the bottle. There is no going back.”