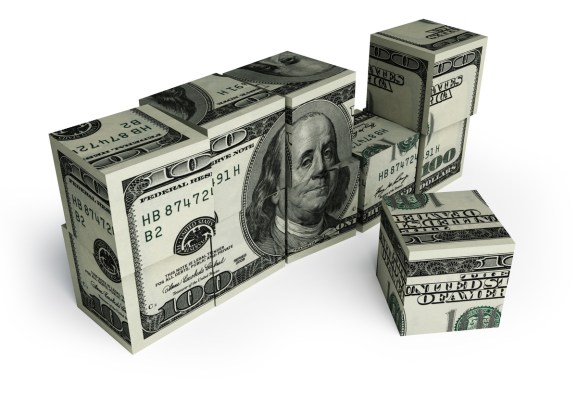 My company, Pingboard, announced a $5 million round of funding today. We now have more than 1,000 customers globally, including companies like GoFundMe, Popsugar, Udemy, Sequoia Capital, WPEngine, and the Linux Foundation. You probably hear about startups raising this type of funding all the time in the tech press, but under the surface, these rounds are not always what they seem.

For example, our latest raise was $2.5 million, not $5 million. It appears in our SEC filing as $5 million because we had $2.5 million in convertible notes from our prior round that converted into equity alongside the new $2.5 million round.

This was actually our third $2.5 million round.

This is important for other SaaS company founders and VCs to understand, since a $2.5 million raise is a very different kind of round from a $5 million raise.

How SaaS companies should be funded

As a repeat founder and occasionally an angel investor, I’ve realized that “seed” is no longer a round of funding, but rather a phase that startups go through.

Our investor, Active Capital is a new fund based in Texas, led by Pat Matthews and Pat Condon. Pat Matthews and I founded Webmail.us together back in 1999 in Blacksburg, Virginia and sold it to Rackspace in 2007. Pat Condon founded Rackspace and was our colleague there for almost 7 years.

Our latest round also represents a sort of soft-launch of Pat and Pat’s new fund, which is designed specifically to support smaller iterative rounds. Of course I know Pat and Pat super well, but we chose them from amongst several bigger names because they understand and agree wholeheartedly with the funding strategy I’m about to lay out below.

It is my hope that with this post I can start a dialogue around how to fund early-stage SaaS companies and reorient both VCs and entrepreneurs to this reality. Once you start thinking of Seed as a phase instead of a round, everyone benefits.

As Hunter Walk at Homebrew points out in a great post about this, companies in mature markets like SaaS must, during their seed phase, “build not just product-market fit, but a real company.”

SaaS companies in the seed phase are building a flywheel, not a rocketship. Rocketships stow an incredible amount of fuel onboard and burn it as quickly as possible in order to escape gravitational forces. Flywheels use human effort and gravity to their advantage, storing energy for later use.

Rocketships are incredibly exciting to watch but incredibly inefficient. Flywheels are all about mechanical prowess and smoothing inputs and outputs for optimal efficiency.

Earlier this year I considered raising a traditional Silicon Valley-style series A. I met with partners at about two dozen top tier VCs to pitch them on Pingboard.

It was clear right away that Silicon Valley VCs all are looking to invest in rocketships. A rocketship will either get you to the moon or crash, and that is exactly what many traditional investors want to put their money behind. The Power Law of venture capital mandates that investors categorize you as either a 1 or a 0 as quickly as possible.

Unfortunately, this approach is not ideal for companies like mine. SaaS companies’ capital requirements and trajectory require a different approach. We may become rocketships, but our gestation cycle is longer and has more subtle contours.

The upside of course, is that our capital requirements are lower because we must focus on revenue from day one. But recurring revenue — and as such, bills that a company will pay long before any other payable or lien — isn’t built overnight. MRR and ARR require elbow grease and constant iteration over a time period longer than the runway a typical VC round funds.

To continue with the flywheel metaphor, you can make a flywheel spin faster and faster the harder you push on it, and while it may slow down temporarily when things don’t go as planned, it won’t crash — flywheels keep spinning. I like to use that analogy when I describe how we run our company. It’s all about building up a head of steam.

This is why most SaaS companies today ought to raise several smaller rounds of funding during the seed phase before going out to raise a series A. This is almost always the right thing to do.

As such, the best funding source for a SaaS company is closer to an IV drip than it is to a shot of adrenaline to the heart. We need more funding sources that understand this reality and are as iterative with their checks as their portfolio companies are with their product, sales and marketing.

“But Bill,” you might say, “it sucks to raise funding in tranches. I’d rather raise it all in one fell swoop and get back to doing what I do best: building my business.”

I completely understand that objection, but here’s my retort:

Raising a big round like you are imagining actually takes more time and energy than what I’m proposing, not less. And worse, you end up pricing the round or putting a cap on the note based on a leap of faith, or an emotional high, which introduces the risk of down-rounds later. Terms are set the way they are set because of power dynamics, not business merit.

Too often we look at raising one, two, or three seed rounds as a sign that a company couldn’t raise a Series A. We need to start looking at the Series A as the construct it is, calibrated to how we used to build software a decade ago. What if funding was as agile as our operations? Why is venture funding still using a waterfall model of development and deployment?

To be clear, I’m not anti-Series A. What I’m against is the idea that venture rounds are these monolithic events that happen every two years or so.

Yes, raising money in the way I’m describing makes the entrepreneur more accountable, but that’s a good thing. You should be valued according to what you have done as well as what you are going to do. This new, more agile way makes VCs more accountable, too. The whole system grows more taut.

There’s also a personal side to choosing a funding model that we don’t often discuss.

If you’ve built a rocketship and you’re confident you’ve made all the right calculations to get to the moon, grab ahold and don’t let go! Still, you will probably crash eventually, and traditional venture capitalists will tell you that it is okay.

They will tell you that by “failing fast” you will get more “at bats” starting more companies and increasing your chances of eventually finding your rocketship.

While this math is true for VCs, it has real dissonance for most entrepreneurs. Most entrepreneurs put their entire life into their company, sacrificing money, health, family, friends — and then when they fail, they walk away smarter with battle scars, but they’re also burnt out, broke, and questioning everything. All this happens while their VC has a dozen more companies just like them in their portfolio, needing just one to reach the moon.

There are other ways to build a very large company.

One way is to treat each round of funding as if it’s your last and operate in a manner where you will get to profitability before you run out of money. The companies I’ve personally built have never had a “fume date.” A fume date is the date at which the bank account goes below $0 and you either go out of business or have to raise more money.

Instead we have a “touch zero date” — this is the basis of my whole operations strategy, and something I’ll blog a lot more about in the future.

A touch zero date is the date at which we reach $0 in the bank account and at that same exact moment reach profitability (meaning we don’t go out of business or need to raise more money). We are always in full control of our own destiny.

We use a “Touch Zero Operating Plan” to manage our business. At a high level, we measure everything and use data to model how we plan to scale our growth investments and revenue so that we touch $0 and reach profitability at the same time.

Why do we want to “touch $0”? Why should it be a goal to run out of money and reach profitability at the same time?

If things go well, we may raise more money and reset the plan, pushing back the touch $0 date, as we did this week. If things don’t go as planned or we grow slower than expected, we’ll conserve cash and make sure we reach profitability while we fix things.

While fundraising, I did not feel aligned with most VCs when I told them about my Touch Zero plan. In fact, most emphatically said they would not want me to run the company this way if they were to invest.

They wanted me to invest more money at a faster pace and aim for certain milestones that, if reached, in theory would earn us the opportunity to raise another round of funding, and then we’d repeat that cycle over and over again. This looked to me an awful lot like a treadmill.

As an investor myself, I’ve seen too many startups not reach those milestones and get themselves into a tight financial situation where they have to raise cash on terrible terms in order to survive.

When this happens, VCs end up owning way more of the company than the founders ever expected. Most VCs aren’t taking unfair advantage of the situation (although some do), they are just doing their job. Founders have to understand the risks (although most don’t) if they choose to get on the VC treadmill.

I’m going to keep writing about alternative ways to build a very large company and power it responsibly with external investment. I hope you’ll help me by sending ideas and giving me lots of tough-love feedback. Please do.

To those reading, I encourage you to figure out what type of company you want to build and do it your way. You don’t have to play by someone else’s rules. Entrepreneurs get to write and rewrite the rules. That’s our job and our responsibility.

I predict we’ll see new investing models over the next few years in full acknowledgement that company stage and phase no longer align with the fundraising round idioms we’re accustomed too.

Bill Boebel is CEO of Pingboard.