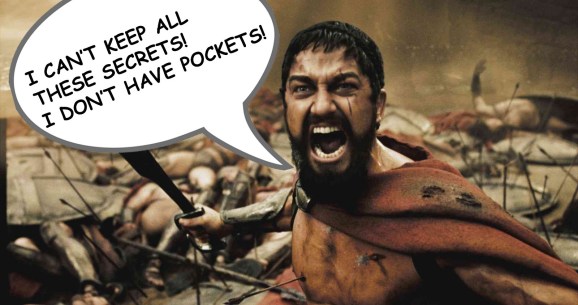 Guessing the setting of the next Assassin’s Creed adventure is a honored tradition for fans at this point, and it looks like the winners this time around are anyone who put their bets on Greece — that is, if we can believe merchandise that is appearing online today. French website Jeux Video Live has uncovered a key chain with the name Assassin’s Creed: Odyssey that features the head of a spartan warrior. Jeux Video claims it received the image of the key chain from a source that says Odyssey will follow Bayek, hero in Assassin’s Creed: Origins, as he travels to ancient Greece — although that is unconfirmed.

Ubisoft confirmed the name in a Tweet this evening that references the Hollywood action film 300 that tells the story of a group of Spartans fighting off an invasion.

See you at E3! pic.twitter.com/03NTPhCkCf

As always, Assassin’s Creed is the subject of a lot of rumors. Details of the last several games have leaked before their official reveal, and Odyssey may not buck that tradition. The rumors for this entry in the open-world action adventure series is that Ubisoft wants to stick with Bayek for multiple games, as it did with Ezio in Assassin’s Creed II, Brotherhood, and Revelations.

Other rumors, Kotaku reports, claim that Assassin’s Creed: Odyssey will not take a full year off, like the break between Syndicate and Origins. Instead, it should launch before the end of the publisher’s current fiscal year, which wraps up March 31, 2019. Ubisoft is also considering how it can continue to grow the series after the successful adoption of more role-playing elements in Origins. That could manifest as dialogue trees and more control over who you play.

It’s worth pointing out that reports are conflicting about whether you play as Bayek, his wife, Aya, or new characters altogether.

Ubisoft previously promised surprises for E3, and this is likely one of those. So expect more from the game when the Electronic Entertainment Expo pre-show media briefings get under way in less than two weeks.