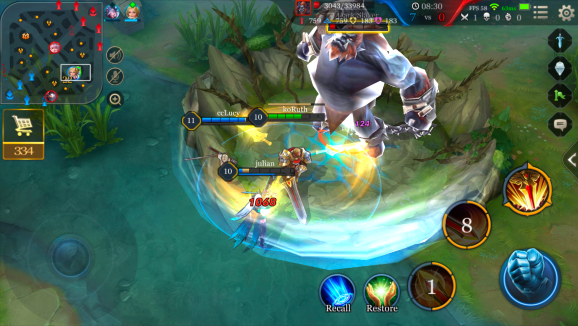 Tencent still hasn’t announced when its hit mobile game Arena of Valor will arrive on the Nintendo Switch, but it will be hosting a closed beta test this summer for players in North America and Europe. It will last two weeks starting on a to-be-determined date, and players can enter a raffle for a key by filling out a survey.

This is the second closed beta for the immensely popular multiplayer online battle arena, which ran a one-day session in January for European players. Arena of Valor, known as Honor of Kings in Asia, arrived in North and South America in December on iOS and Android devices. The game is a global juggernaut, boasting over 160 million registered users and generating $1.9 billion in 2017.

Tencent already has a foot in the esports world. It owns a big chunk of Riot Games, developer of League of Legends, and Epic Games, which recently announced a $100 million prize pool for upcoming competitions for its battle royale sensation Fortnite. And it seems like Arena of Valor is getting the same treatment; in February, the Chinese tech giant announced that it’s launching the Arena of Valor World Cup tournament in North America. It already got a big vote of confidence from the esports team Immortals, which has launched a team to play the MOBA competitively.

Arena of Valor has already found extraordinary success on mobile, and arriving on a console will help it reach even more players.