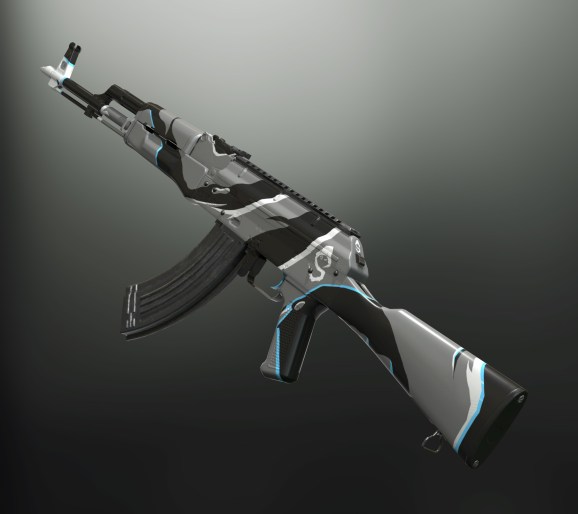 The AKM with the Shroud skin.

Two of the most popular PlayerUnknown’s Battlegrounds broadcasters on Twitch are getting their owned themed content in the battle royale shooter. The PUBG Corporation announced today that it is launching new in-game non-randomized loot crates in partnership with livestreamers DrDisRepsect and Shroud.

The new content comes in a pair of crates. DrDisRespect’s Speed & Momentum Crate contains a skin for the M1416 and the Kar98k. Shroud’s Ghosted Crate includes a skin for the AKM and also for the Kar98k. Players can buy each of these crates for $10 directly through the livestreamers Twitch channels or through Steam. The crates go on sale June 4 through June 30.

This is one of PUBG Corporation’s biggest promotional events to date. The game has had a lot of success up to this point thanks to livestreamers — especially Shroud and DrDisRespect. Now, the company is bringing them on board in an official capacity to help them make money from the game.

PUBG Corp. is also doing this at a time when it dealing with a fan base that is growing anxious, a behemoth of a competitor in Epic’s Fortnite, and the impending onslaught of new battle royale games that could come out of E3. While many fans may not necessarily care about spending $10 on Shroud- or DrDisRespect-themed gear, some will. And even for those who don’t, this could keep those two broadcasters playing the game on Twitch throughout the month, which will keep PUBG near the top of Twitch’s most-played games list.

But PUBG doesn’t need more crates. It also doesn’t need its parent company Bluehole to sue Epic Games over Fortnite — although that is happening. What it needs is a commitment to improving performance and server optimization as well as doing even more to address cheating, and PUBG Corp. said those are its top priorities in a blog post on Steam. I’ve seen some improvement in all of those areas, but the studio knows it needs to keep that up if it’s going to change the narrative around the state of PUBG going into the second half of 2018.