GamesBeat: You started in the shadow of Supercell. How, as a one-game company, can you challenge some of the bigger mobile game companies? Especially when they can spend many times your $80 million.

It’s all about focus and understanding the funnel and being efficient. But it’s true that Supercell has been a tremendous role model in our country. It’s a very close community. We know a lot of people and we can get a lot of inspiring help from these guys. It’s a pretty friendly community. 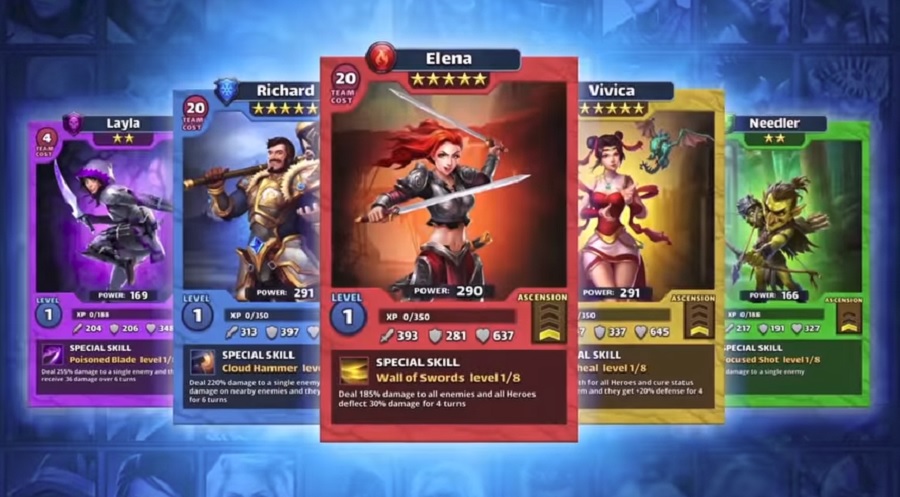 Above: Empires & Puzzles has more than 10 million downloads.

GamesBeat: Why do you favor doing original games over brands?

Soininen: That was an easy decision for us. First, working with a third-party IP will slow you down tremendously. It’s just the nature of the beast. If you have all kinds of approvals, if you have all these conversations with IP holders—sometimes you’re just at the mercy of someone’s approval of certain things, even if they may not understand anything about games. Slowing down is a very important part.

Second, the revenue share mechanics related to that automatically mean that if you grow big, you have to give a lot of your profit away to someone else. I don’t think that equation really works. And then the third aspect is that if you have a team that’s capable of creating a new IP—the companies that are successful at doing that are significantly more valuable than the ones that are just using a third party’s IP. They’re at the mercy of others, if you like.

Perhaps as a last point—there’s been a lot of discussion about how a big IP will help you cut your user acquisition costs dramatically. I think there’s a bit of truth to that, but it’s easy to fool yourself. If you really know performance marketing, and if you’re able to master the channels and the whole package, the difference is definitely not worth the expense.

GamesBeat: What are your future plans?

Soininen: We honestly feel that we’ve only scratched the surface with Empires and Puzzles. We have an extremely strong road map for the game. We’re launching something we’re calling season two with a new saga map, a lot of new heroes, and new game modes very soon. We have weekly and monthly events happening. We haven’t launched in any of the big markets in Asia yet. We have a lot of things to do with that game, and we think it has a long future ahead.

We’ve also started to work on game number two. Hopefully we’ll have something to say about that very soon. But that’s really it.

GamesBeat: Do you think you’ll have to do something different with Empires and Puzzles in Asia?

Soininen: That’s why we’ve been very slow to move there. China, Japan, and Korea are really big, critical markets, but almost none of the western developers have succeeded there. You can spend millions of dollars and all of your energy and time customizing something that may or may not end up having a chance there at all. That’s why we’ve been very cautious, taking a gradual approach to see how things unfold.

We’ve always been very focused on what are the most impactful things we can do today and this week. We haven’t really steered away from that. China is super lucrative, but with a small team—once you start focusing on China, that road map delivery, the one thing you can focus on yourself, will be hurt. That’s how we think about it.

GamesBeat: What’s your view of the larger mobile gaming market in the future?

Soininen: We see that the market is still growing tremendously. The big shift, at least from our point of view, is that the casual game is acquiring a lot more of the meta and the depth and the social features of mid-core. These games are becoming, rather than short-term snippets, more like hobbies for people. That’s a clear trend.

We’re banking on that. All of our games are structurally very deep, while still remaining easily approachable. We’re very keen on looking at casual games and making our onboarding systems work as easily as possible, while still having a deep metagame. 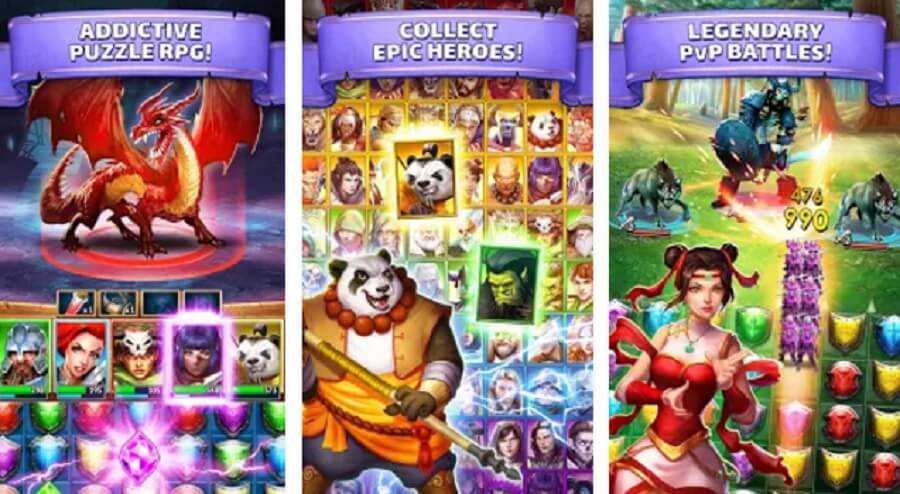 GamesBeat: What do you think of other emerging platforms?

Soininen: The VR wars haven’t been fought yet. Nobody really knows who or what is going to prevail in terms of platforms. We’re not interested in VR at all. That’s not our core competence. Sometime in the future we might think about it, but right now it’s completely off the map.

AR shows some promise, but the challenge is now, after Pokemon Go, which completely dominates that space—there are going to be so many copycats. My fear is that that model was only perfect for Pokemon. New games that mimic that, I think they’re going to have a very hard time. But it’ll be interesting to see what are the new use cases or new gameplay modes that take AR to a new place.

GamesBeat: The Google Maps API looks interesting for those applications.

Soininen: Yeah, but I’m thinking more about game concepts. What is it that you do with AR? A lot of games are using AR as a technology gimmick. What really takes that to a new place? But from a volume perspective, it’s clear that for at least the next two years, more traditional games are dominating.

Audience: You mentioned the base-building aspect of your game, and other gameplay modes. In your testing, how do you go about making sure it takes the right amount of time for your players to get from start to end of a process like that?

Soininen: We have our own testing system that we use to simulate progress and make sure that balancing works. Of course a lot of things on the balance side are continually being adjusted. But I think the game is getting so complex that it’s difficult to get in just one person’s head. We have to automate a lot of routines and see how things play out. Again, that’s an important aspect to master. Coming back to metrics or analytics, you have to understand progression times. You have to understand what features people are actually using, and how that links to their overall performance.

Audience: When you’re doing that testing, how much do you think about changing your game? If you wanted to change the speed of progression, is that something you’re able to do once the game is live?

Soininen: Absolutely. Basically everything is a parameter for us. We can do tweaks and take features on and off. But so far we haven’t needed a lot of that. The original game blueprint has worked very nicely. It’s been more just tweaking around that. But we’ll be adding more game modes. We introduced alliance wars a couple of months ago, which was very well-received by players. The important thing around this is that you have to have a deep dialogue with your top players and the whole community. We’re super active on our forum sites and we listen to our players.

Audience: You talked about going to Asia and some of the issues you had to face. Can you talk more about that?

Soininen: Maybe not issues exactly, but the fact of the matter is that almost none of the western developers have made it to the big time there. The markets are inherently different, especially the mid-core segment, which is super popular in Korea and China and Japan. If you compare the mechanics and how the games work, they’re quite different. They’re much more aggressive in terms of monetization, almost brutal at times. There’s no free-to-play in those games, almost. You have to change the aesthetics and other things so it doesn’t feel too western, too alienating. There are a lot of considerations.

When it comes to China, if you ask 10 people you’ll get 100 opinions. It’s very difficult to decide who you trust. You have the added complication of setting up servers inside the Chinese firewalls and acquiring government operating licenses. Sometimes even making sure you get your money out of China, minor details like that. It’s quite complicated.

Japan and Korea, from a technical point of view, you don’t have those considerations, but from a cultural point of view you have a lot of other issues. The marketing budgets, the importance of television—if you really want to go to the top, you have to be on TV. That’s a big investment level all of a sudden. 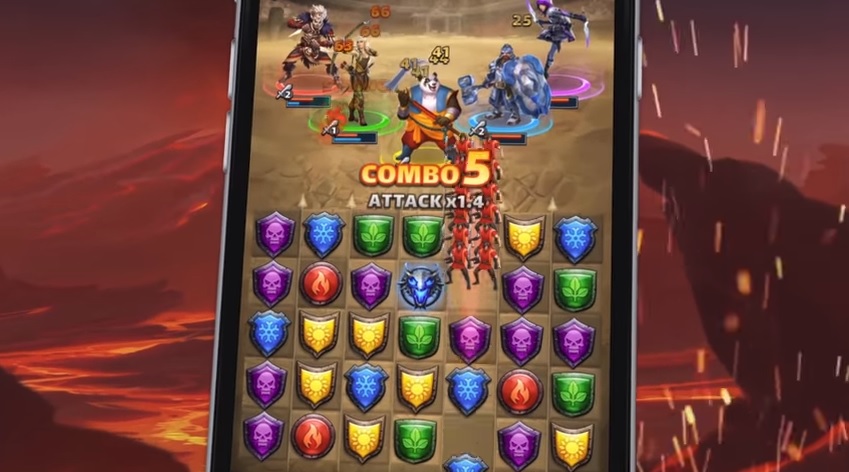 Audience: You talked about building your analytics system from scratch. If there’s a concern that that’s not a core competence for a game company, how do you consider different analytics solutions?

Soininen: Obviously in the early days we had to use external systems, because we didn’t have the time or the bandwidth to otherwise. It’s funny. When we were building Empires and Puzzles, we probably had even less time. But the big insight for us—we tested a couple of external platforms, and either they were too cumbersome or they weren’t reliable. Our belief, which was maybe crazy at the time, was that this is such an important area of the business that we have to be able to rely on it 100 percent. We have to be able to tweak it in a matter of hours, not weeks or months, to add a new feature. Now we’re in a position where we can deploy a new analysis or report in a matter of hours. We’re using only internal tools, which makes us very special.

We had the notion that this wasn’t a core competence, but—I suppose we’re a bit lucky. Dean asked about our background. Back in the Habbo days, some of the guys had already developed these kinds of systems. We already had some in-house capabilities. We knew they would have to be involved in all kinds of integrations. They created our core systems pretty quickly. It comes back to the quality of the team. If you have people with the capability, I recommend doing it.