Square Enix has a lot of important game franchises, including Final Fantasy and Tomb Raider. But not all of those franchises are available on mobile devices.

Square Enix Montreal started out with premium mobile games that users paid for ahead of time at a fixed price. But the whole mobile market moved away from premium to free-to-play games. It hasn’t been easy for Square Enix, which is focused on PC and console games, to get the skills to be competitive in mobile.

But making that transition is important, as mobile games are the largest chunk — $70 billion — of the global $137.9 billion global games market. And the responsibility for getting good in mobile falls on Patrick Naud, head of the Square Enix Montreal studio.

I interviewed Naud at the recent Casual Connect Europe in London. 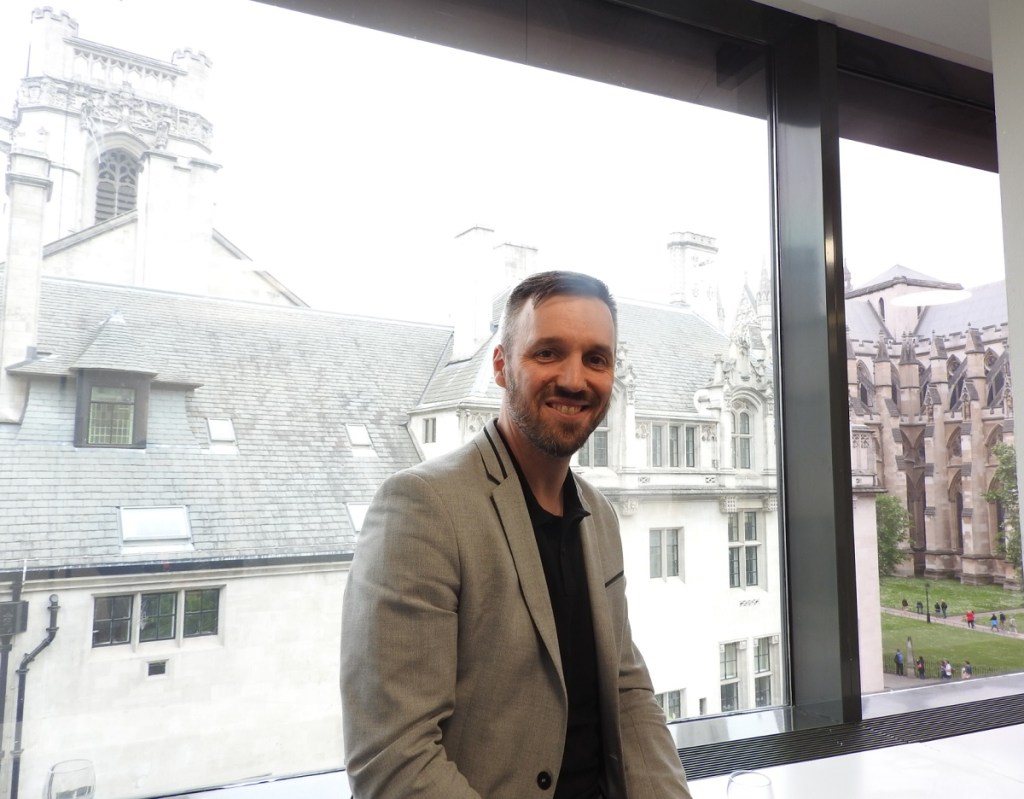 Above: Patrick Naud is the head of Square Enix Montreal, a mobile gaming theater.

Patrick Naud: I’ve been in the game space for the last 20 years, and the last six on mobile. You see how this business matured, how the mobile industry matured. Consumers are looking for better and better experiences. That’s stimulating for us as developers, to craft something for that new audience.

GamesBeat: At some point you converted from console to mobile?

Naud: I come from Montreal, where everyone started at Ubisoft or at Electronic Arts. One of those two. We all came from there. But at one point we had the opportunity to move to mobile, and actually tablet. Back then it was mostly focusing on tablet. You could see that the power of a tablet was coming on par to console. What kind of experience could you do with that? We made the switch about five years ago.

I spent 14 years at Ubisoft on the console side and then came on to start this new strategy in late 2011 or early 2012. I spent a year in the Square Enix group, and then there was a major shakeup. We didn’t meet expectations. Back then it was Tomb Raider, Sleeping Dogs, a lot of changes. I think what everyone realized is that the whole portfolio at Square Enix was geared toward third-person action-adventure games for consoles: Just Cause, Tomb Raider. It was all the same type of game, the same type of audience. So how do we diversify? That’s why we were asked to take on the challenge of mobile.

GamesBeat: Structurally, among all the things in Montreal—were you always a distinct startup within Square Enix?

Naud: It was started by our friends at Square. The group has two studios in Montreal. There’s Eidos Montreal, focusing on console, and Square Enix Montreal, focused on mobile.

GamesBeat: So there’s always been that division.

Naud: Right. It was to grow Montreal on a human scale. We could have two relatively big studios, but not one massive ones. Square loved Montreal, loved the talent in Montreal, and they wanted to keep growing in Montreal without having to go to a single thousand-person studio. We wanted to keep that human scale. Right now the mobile side is 55 people, going on about 75.

We’ve converted the whole studio from premium. The years of Hitman Go and Lara Croft Go were amazing. They helped us understand mobile and transition from premium console development to premium mobile development. In the past two years we were heavily converting Hitman: Sniper from a premium game to more of a live game. We’re making more revenue now from in-app purchases than from downloads. It’s helped the whole studio to make that journey, to move into the free-to-play space, to move into live ops space. We’re taking the freemium approach in all of our next games.

GamesBeat: That part of the Hitman talk was interesting, about all the different kinds of experimentation.

Naud: We’re very honest about it, very canny about it. We grew up through these five years on mobile. We were not experts. We tested things out. Maybe it worked. We’re sharing our experience. We’re now at a stage where we believe we can do it. We can embrace free-to-play. The whole mindset of the studio is still the super-strong DNA of crafting something unique and different, reinventing genres the same way we’ve done in the past, but with a mindset that these are games we want people to play for years.

GamesBeat: Were there other pioneers that helped to teach you free-to-play?

Naud: It starts from us coming to events like these and just absorbing everything, understanding all the theory, and starting to implement it. We have to learn from our mistakes. We’ve brought in experts like Jeff, who gave the talk earlier. We’ve had monetization experts, economic experts. We work to the best of our knowledge, but we’re missing some knowledge. When we bring in these people, we grow the global mindset of the whole studio.

Naud: It’s a game that no one else has been able to clone. It’s a strong experience in itself. There’s a depth of gameplay. The scene is fully scripted. There are 40 different characters that navigate the environment. You can interact with the scene and puppeteer the scene the way you want. No other game offers that. It’s performing better and better as more people get into the game. Year three was better than year two, which was better than year one. We’ve been constantly growing the game.

GamesBeat: What else are you able to do now? Are you spinning up more examples of this, new franchises?

Naud: I can’t really talk about any of our next projects. But the focus is that new projects we’re working on right now were designed from the ground up to be free-to-play experiences, to be designed a certain way so that we think about how our players will stay in the game for longer. How can they play this game for two, three, four years? With a premium game, we’d design a game as a finite experience. There’s a beginning and an end. You might want to replay it, but that’s the extent of retention. Now, how do we build experiences from the get-go that can be played for years? 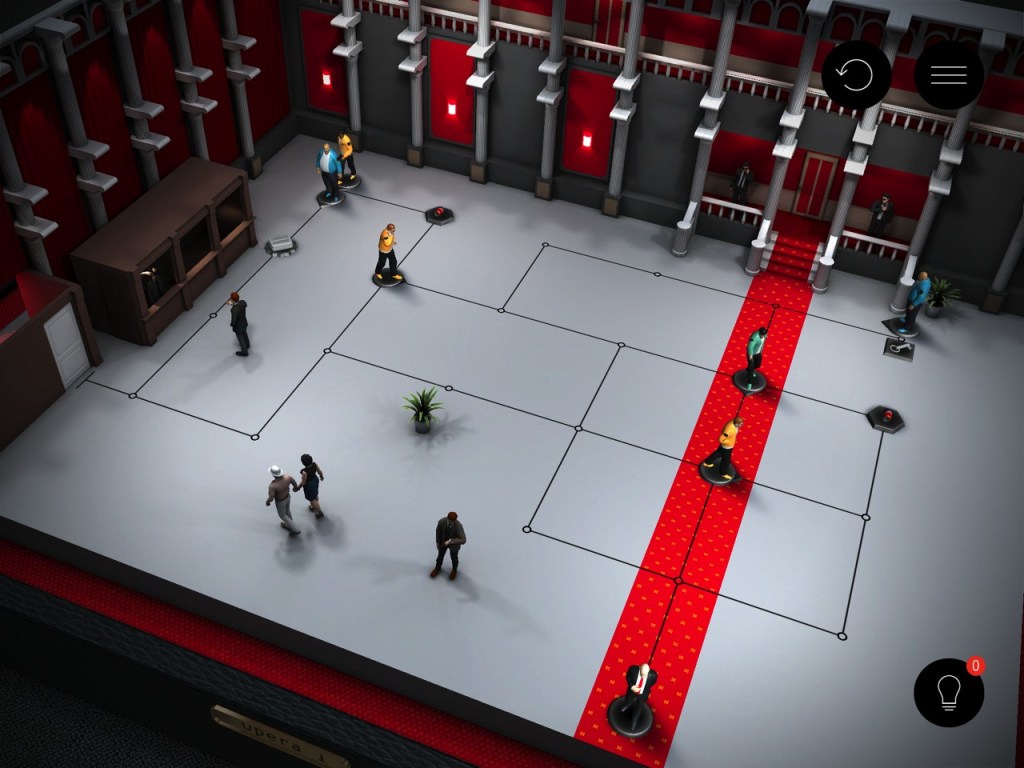 Above: This game takes the Hitman gameplay and boils it down into something incredibly simple.

GamesBeat: Is there a logical effect where you narrow down what you’re doing to one or two things that you do very well for a long time, then? I’ve been watching EA make fewer and fewer titles, but bring in more and more revenue from games like Madden and FIFA through live services. It takes enormous resources to create these year-round, long-lived games.

Naud: Hopefully at one point we’ll get there. We’re starting from very far back. We have a few different games in development. The idea, again—you never know until you soft launch and see how it performs, how consumers play it. Are we appealing to the consumers we thought we would? Maybe some of them won’t work. But the goal is to obviously have games that we’ll be able to maintain and grow for five, six, seven years. Hitman: Sniper has been live for three years. It was designed for that. I hope we’re able to craft experiences that would be able to play year-round. If you look at the top-grossing charts, you see games that seem to have been there forever.