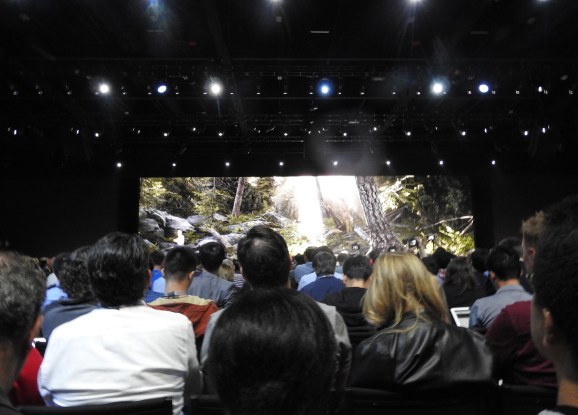 The Metal API enables developers to access the hardware for performance-hungry apps such as games and visual programs, and now Metal can enable games and other apps to take full advantage of the GPUs available via external graphics cards. It can now tap as many as four now.

Craig Federighi, senior vice president of software engineering, made the announcement at Apple’s keynote talk during its Worldwide Developer conference (WWDC) in San Jose, California. He said you can add up to four external GPUs on an iMac Pro and speed performance up to 6.5 times for some applications. He showed Fortnite running on a Mac. 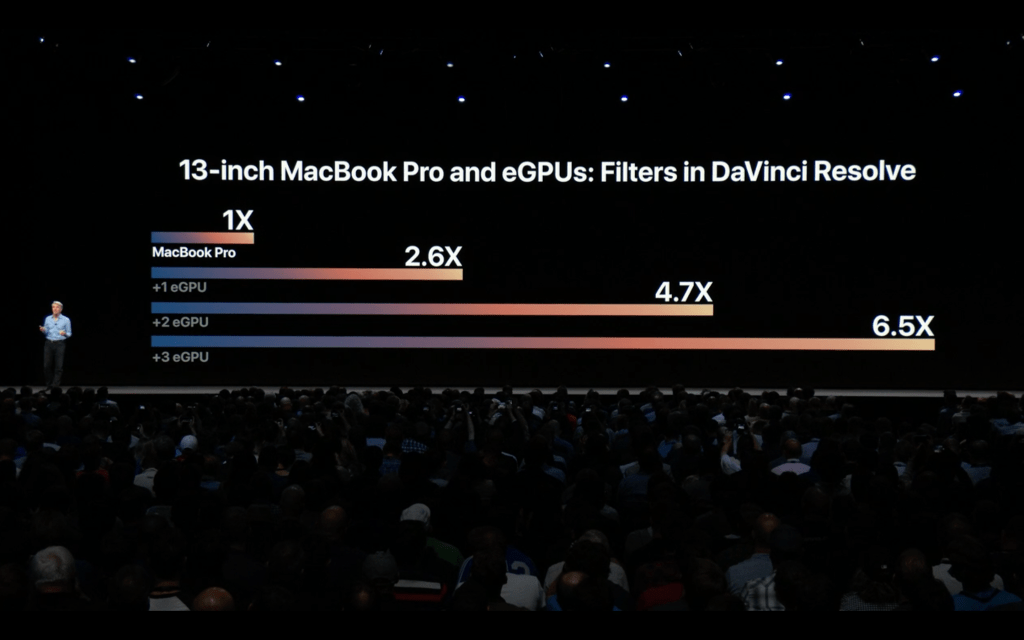 Above: Apple’s laptops and desktops can benefit from up to 4 external graphics cards now.

He showed a Unity demo from the Game Developers Conference running on a MacBook. It showed a beautiful forest with extreme amounts of detail and dynamic lighting. Metal will also enable better machine learning, accelerating machine learning applications from various third parties like IBM Watson.

Metal will also have a new tool, dubbed Create ML, that can be used to train machine learning applications such as vision recognition.