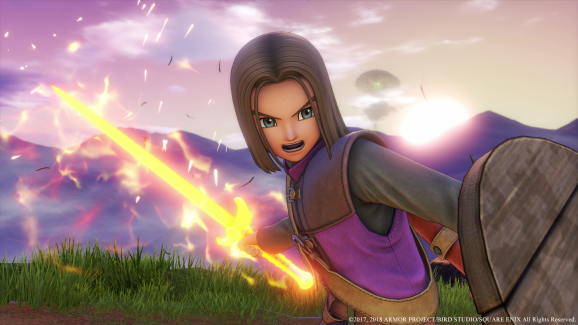 Give me a quest!

I love Japanese role-playing games. I’ve played Final Fantasy, Suikoden, Trails in the Sky, Persona, and more. But I’ve never gotten into Dragon Quest. I’ve had some false starts. I got a few hours into Dragon Quest IX when it came out for the DS in 2010. But I just can’t get into the series. But last month, during a pre-E3 event in Santa Monica, I got to play Dragon Quest XI for the PlayStation 4, which is coming out in the U.S. for that platform and PC on September 4.

Dragon Quest XI is a big deal for the franchise. It’s the first single-player entry in the main series for a home console since Dragon Quest VIII came out for the PlayStation 2 in 2005. Being on PlayStation 4 and the PC raises expectations. 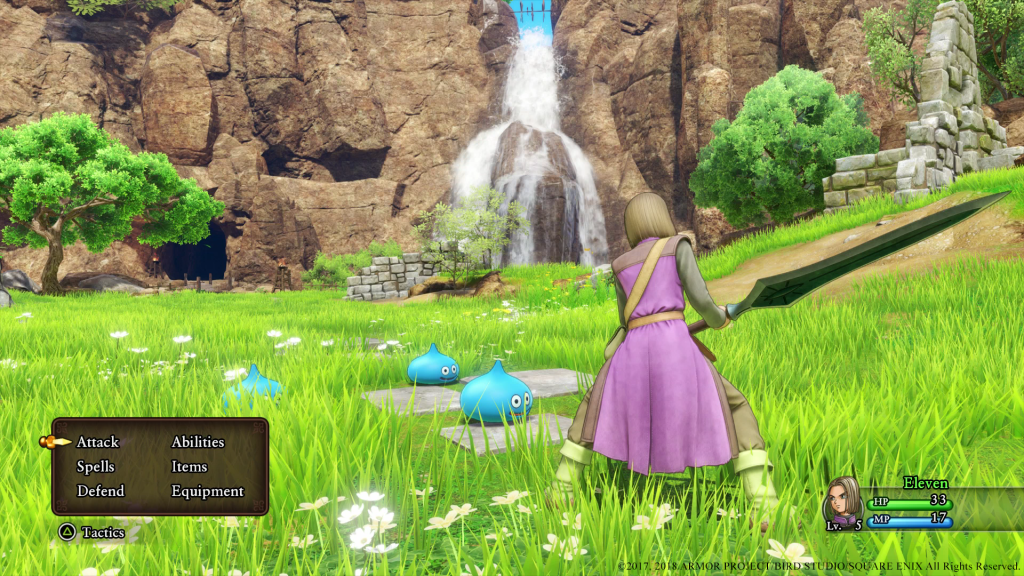 Above: Gotta kill slimes in a Dragon Quest.

But Dragon Quest XI is still a basic Japanese RPG. Battles go as you would expect. Your characters and the enemies — including slimes and other monsters — take turns fighting. You can choose between basic attacks, magic, and other abilities. The combat system has little flair.

And that’s what has always thrown me off the series. Dragon Quest is a very pure JRPG experience. That makes sense, considering it is one of the fathers of the genre. But while a series like Final Fantasy constantly evolves, Dragon Quest XI still embraces the basics. During my demo, normal battles and a big boss fight didn’t require much creative thinking. I simply attacked and healed my way to victory. Above: It’s a pretty world.

It was a short demo, and it’s hard to show off everything a big game like a JRPG has to offer in such little time. It’s likely that Dragon Quest XI has depth that wasn’t apparent during a short play session.

And even if the battle mechanics left me wanting, the world was full of charm. The demo revolved around me helping the prince of a desert kingdom fool his family and country into thinking he was a great swordsman. This snowballed into a bigger quest to help him find his courage. It was a charming, self-contained story with likable characters. And speaking of characters, unlike with Dragon Quest IX, this game has a set cast. You don’t make your own heroes. This is an improvement for me, since Dragon Quest IX’s sparse story and lack of character moments also turned me off.

If the rest of Dragon Quest XI is that charming, maybe I can enjoy it even with its basic systems. But aside from me, I’m sure fans of the series will dig Dragon Quest XI’s improved production values.