Seven-year-old startup Magic Leap has been trickling out details of its augmented reality headset and computer since the end of last year, and continued the process today by showing off Lightwear, Lightpack, and Controller, the three key pieces of its Creator Edition bundle. The reveals took place during its second Magic Leap Live presentation, which confirmed that the device is “still on target” for a 2018 release, but offered no pricing details.

Each Creator Edition includes three key items: a Lightwear headset in one of two different sizes, a Lightpack portable computer, and a wireless controller, plus separate chargers. Collectively, they’re designed to enable virtual items to appear to continually exist within the physical world, which the company is calling mixed rather than augmented reality. Rather than just placing screens in front of your eyes, Magic Leap One uses Lightfields — multi-depth light-additive displays that make your eyes think they’re seeing actual items within the world — and 6-degree of freedom (6DoF) tracking to sense your head motions.

Magic Leap explained that you can customize the Lightwear headset with browpads and nosepads that properly align your eyes and nose for comfort and tracking. Glasses are not recommended to be worn under the device, but a prescription lens feature will also be optionally available through an undisclosed partner. On the audio side, Lightwear includes spatialized speakers rather than headphones so you can hear both real and virtual things around you. A strap will also be available for carrying the headset. Shaped like a puck, the Lightpack portable computer includes power and volume buttons, plus a headphone port for 3.5mm earphone connectors and a USB-C port for charging and data — including the ability to connect to a full-sized computer for deployment of data. Magic Leap says that the Lightpack needs to be allowed to breathe, as it is pulling cool air from the environment to keep the computer running. It includes both Wi-Fi for Internet connectivity and Bluetooth support for accessories. Battery life will be “several hours,” though actual numbers will depend on the type of content you’re viewing. 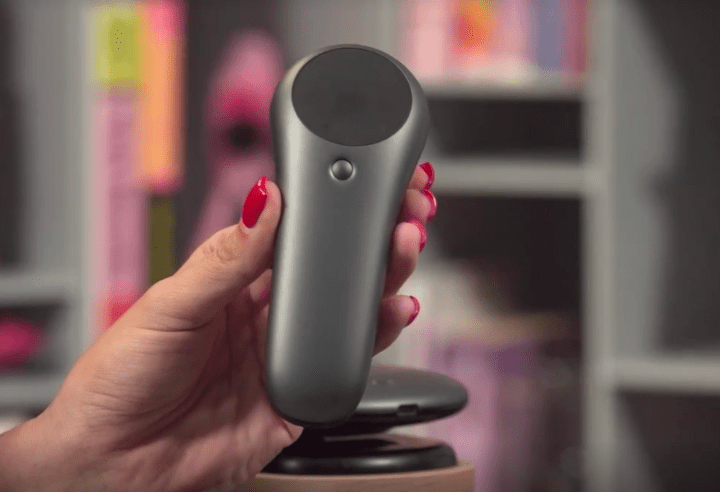 Last but not least, the one-handed Magic Leap Controller (apparently nicknamed “Totem”) resembles the old Nintendo Wii Nunchuk controller, but wireless. Instead of a joystick, it uses a touchpad with LED sensors that can help you see where to click on the device, a Home button on the front, and  bumper and trigger buttons on the back. It also has haptic feedback capabilities, and its motion is tracked by the headset. 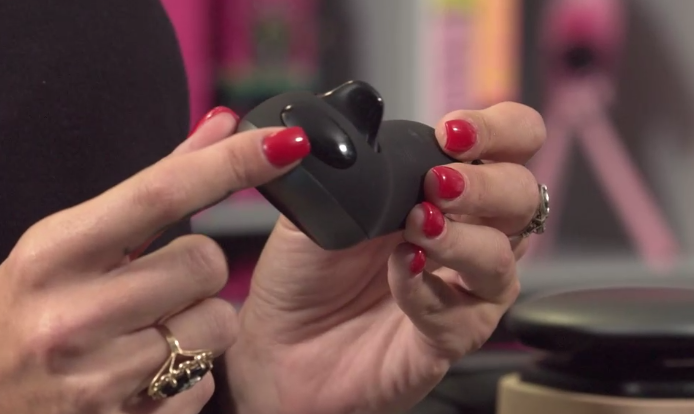 On first use of the Magic Leap One, you’ll be walked through an interactive adjustment of head fit and eye calibration. Then you’ll do a quick Wi-Fi setup for access to Magic Leap World, their app store, to add content to the headset. The company said that you’ll be able to read browser pages and text within the resolution constraints of the optics. Additionally, multiple users will be able to operate in the same shared space.

The Magic Leap One is designed for indoor use only, and is capable of placing persistent virtual objects in real-world rooms you’re moving through. In addition to displaying images at different depths to produce lifelike virtual objects that appear to blend with the real world, the system is capable of tracking voice, gesture, head position, and eye positions using four microphones, six outward-facing cameras, and multiple inward cameras. Although the “Creator Edition” sounds like a developers-only bundle, Magic Leap’s CEO previously told GamesBeat that the line between developers and enthusiast consumers had blurred, so the headset would be available to both markets at once. Magic Leap promised last December that the Creator Edition would be available with a software development kit in early 2018. Limited shipments to specific developers apparently already took place prior to today’s announcement, though pricing and further details have remained elusive.

Earlier today, Hollywood special effects studio Framestore announced that it has been working “for several years” to create content for Magic Leap One: Creator Edition, which apparently encompasses several projects. Framestore has been involved in visual effects for films including the Oscar-winning Blade Runner 2049 and Gravity, the looks of Paddington Bear and the Geico Gecko, and VR experiences for Game of Thrones and Field Trip to Mars. The gaming division of Lord of the Rings effects house Weta has also been working on a first-person Magic Leap shooter for over five years.

Magic Leap is backed by a number of companies including Google, Qualcomm, Alibaba, Temasek, and Tencent, and is said to have over 1,000 employees working on hardware, software, and content for its headsets. “We are still on target for a 2018 release,” company representatives said, so “please stay tuned.” The next Magic Leap Live stream will be on July 11, 2018.