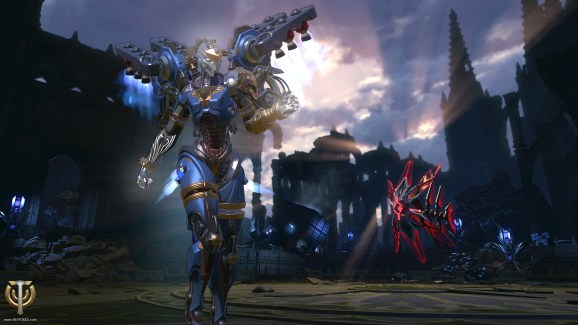 Skyforge is one of the games in Mail.ru's portfolio.

In 2017, Mail.ru announced that it would invest $100 million in games, and some of that cash will be going to developers who use the Unity game engine. The Russian internet company has partnered with Unity Technologies, who will provide technical and analytical support for Made with Unity projects that receive funding from Mail.ru Games Ventures division.

Mail.ru started as an email service in the late ’90s but has grown into a multibillion company that runs myriad services like instant messaging, search engines, social media, and online games. Earlier this year, it also made a big investment in the esports space, acquiring the company ESforce for $100 million.

Its partnership with Unity echoes other venture funds’ tactics. In May, Interactive Gaming Ventures teamed up with Epic Games to look for titles created with the Unreal Engine 4. Companies behind game engines are now getting more involved with promoting developers who use their tools. GameMaker Studio 2 creator YoYo Games also announced in May that it will begin publishing indie titles made with its engine.