Gamer rewards startups are becoming a dime a dozen these days. But Versus Systems believes it has something unique in its Winfinite rewards platform for mobile, PC, and console games.

Versus is launching its Winfinite platform with mobile game maker 704Games, which has integrated the system into the rewards for its Nascar Heat Mobile game on iOS and Android. In the game, you can win real-world prizes if you win a multiplayer match in the driving game. You can cash in your rewards for the prize of your choice.

“We felt there was a sweet sport around prizes and rewards, that anyone could play and win, not just the esports stars,” said Matthew Pierce, CEO of Versus Systems, in an interview with GamesBeat. “We can make games more fun, giving players real stakes to play for. These rewards can come from brands, and they are consistent with player behavior, in contrast to things like banner ads or pop-ups or videos.” 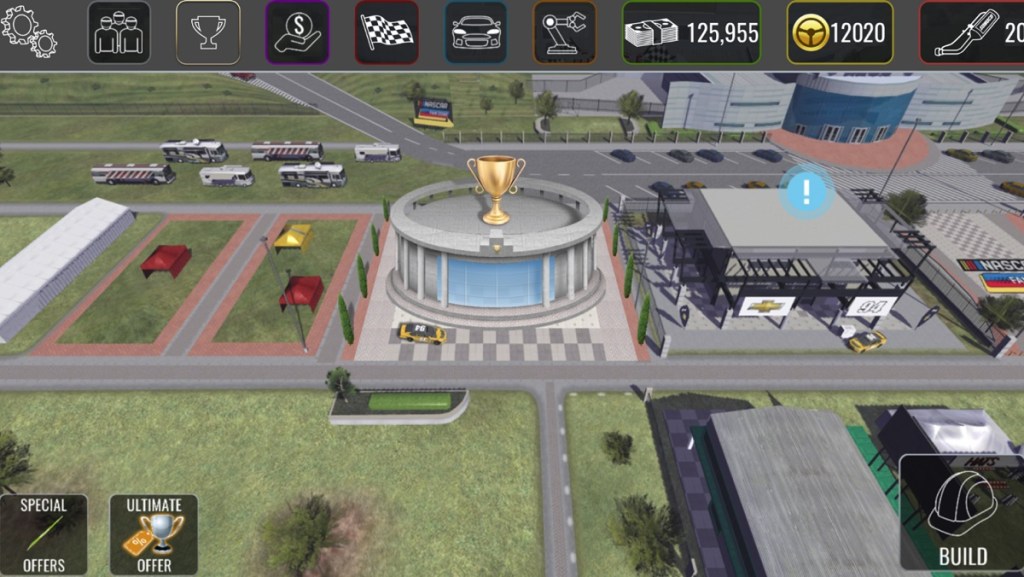 Above: Versus integrates its Winfinite rewards into games.

What’s interesting about this system is something Pierce calls “dynamic regulatory compliance,” which means that Winfinite will offer prizes and rules for its contests based on the specific location for a player and the regulations that apply in that locale. That compliance simplifies life for the developer, Pierce said.

The new platform will provide game publishers and developers the ability to easily integrate advanced player engagement technology and use Versus System’s expertise in prize-based contest and sweepstakes regulations to set up hassle-free in-game competitions and achievements for their players.

With Winfinite, game developers and publishers can offer both in-game and real-world items as prizes, and they can attach those prizes to in-game competitions, milestones, or other achievements of the publisher’s choosing.

Winfinite is also unique, Pierce said, in that it can be used across any entertainment content — games, augmented reality or virtual reality, streaming media — to build deeper engagement with fans. Developers can add rewards, create promotions, get codes for the in-game promotions, and then create campaigns for dates and times for the promotion.

“Brands may pay 25 cents to 85 cents per user, and that’s a lot less than the cost of most Facebook ads,” Pierce said.

In Nascar Heat Mobile, Winfinite gives fans the chance to win prizes by getting behind the wheel of their favorite Nascar driver’s ride in “Daily Heats.” Speedway Motorsports has partnered with 704Games and Versus Systems for the Winfinite 100. That will give fans a chance to win ticket vouchers — up to a total of $100,000 — that can be cashed in for $50 discounts on real world Nascar race tickets.

“Players are racing for stuff they want to win,” Pierce said. “It’s an opportunity for a different kind of ad platform that is scalable and offers real rewards. We spent tremendous amount of time crafting a system to allow brands to reach players and let game developers and publishers offer rewards that are enriching to players.”

Players can race for a range of prizes, including the SMI ticket vouchers, in-game rewards, and official NASCAR gear now through June 24. During the early adoption testing, NASCAR Heat Mobile saw more than 30,000 users sign-up for the platform, winning more than 100,000 in-game prizes. 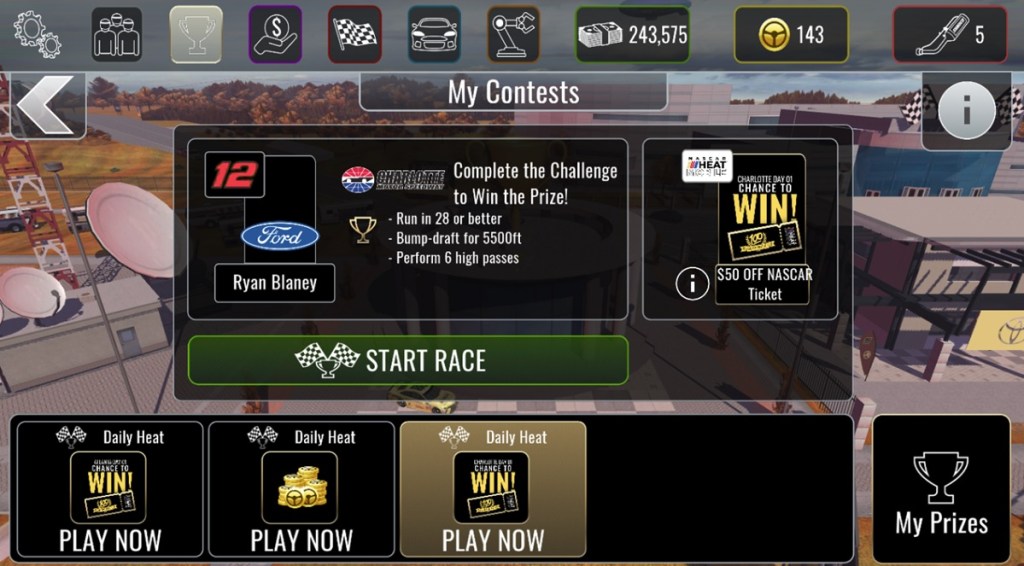 Above: You can get real world prizes in Nascar Heat Mobile.

Pierce said the company isn’t currently considering using blockchain or cryptocurrency. There are plenty of rivals using rewards programs with blockchain or cryptocurrency technology. Those rivals include Buff, Robot Cache, BitGuild, Fig, Ultra, ClanPlay, Game Loot Network, and others. They’re all trying to usher in what I call the Leisure Economy, where people get paid to play games.

Versus Systems started in 2014. Pierce was working with an incubator, and he wanted to take advantage of changing tides in games, esports, downloadable content, and engagement.

“The work we have done with players suggests they like playing for tangible goods,” Pierce said.

Pierce said the company considered using cryptocurrency, but there were challenges to using it inside games. There are issues around cryptocurrency adoption, liquidity (how you get your money out), and market makers.

“We think there is a huge market for crypto, but the opportunity for rewards is broader,” Pierce said. “We can build a rewards system that can enrich the experience for every player. In esports, the rewards accrue to a small percentage of players. We want games to be more fun for everyone who plays.”

Versus has 20 employees and it has raised $14 million to date, mostly on the Canadian Securities Exchange.