Electronic Arts is one of the biggest companies in the game industry, but it’s now in its third year of being a renegade, as it broke away from the Electronic Entertainment Expo (E3) to do its own event in 2016.

EA is once again staging its EA Play event at the Palladium in Hollywood, from June 9 to June 11, ahead of E3, the big game trade show in Los Angeles next week. This time, EA expects to have about 40,000 attendees, compared to 20,000 a year ago and 10,000 in 2016, said Chris Bruzzo, chief marketing officer at EA, in an interview with GamesBeat.

“We are doubling down,” Bruzzo said. “There’s a huge audience of players who are tuning in but aren’t there physically.” 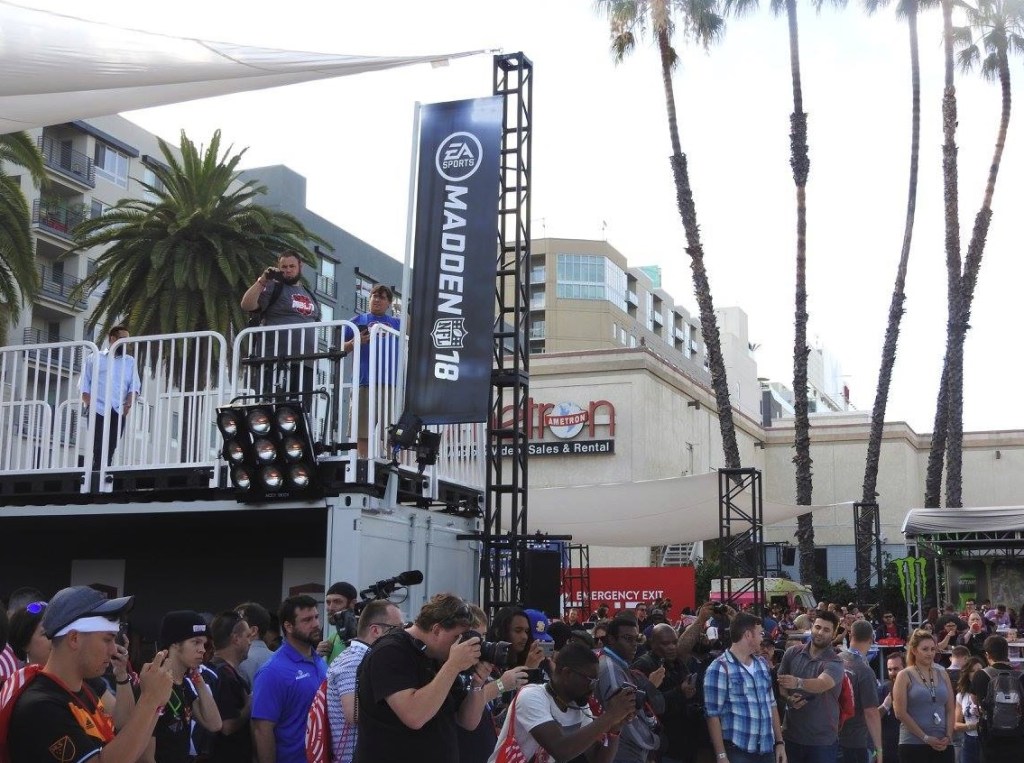 Above: EA Play will have a bigger live element.

The event starts with a press event and livestream on Saturday. The pre-show starts at 10:30 a.m. Pacific time, and the press event goes for 90 minutes starting at 11 am. Then EA will host a one-hour livestream of FIFA World Cup gameplay. And then it will start a 100-hour live gaming marathon for 100 games in the Origin service. That’s a lot of programming, and it’s an example of what you do these days to command an audience and keep them engaged when there are plenty of other things for them to do.

Not only is EA trying to ship more people through EA Play, where lots of games will be playable, it will also try to capture as many eyeballs as it can through its livestreams. EA will have its “creator’s cave,” where YouTubers and others can capture gameplay video and broadcast it directly from the site. The event is free for attendees. 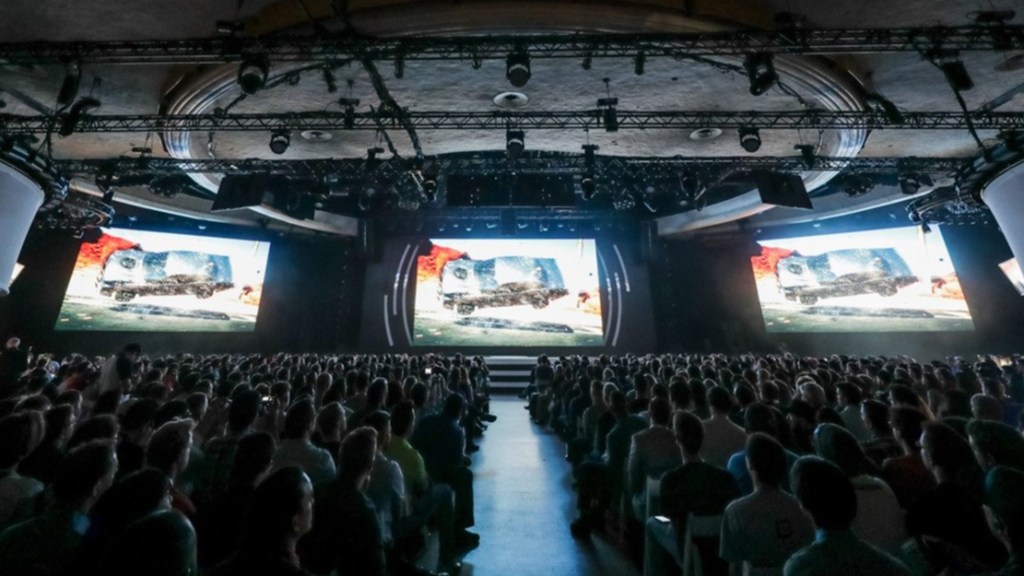 Bruzzo said EA will accommodate the larger number of attendees with more game stations, as the number will increase from 140 to 471.

“Each year, we build more programs around EA Play,” Bruzzo said. “We do things very intentionally. We release trailers. We had a reveal event for Battlefield V. That builds anticipation for what we are going to share and celebrate at EA Play. That’s how we open up the volume and the excitement.” 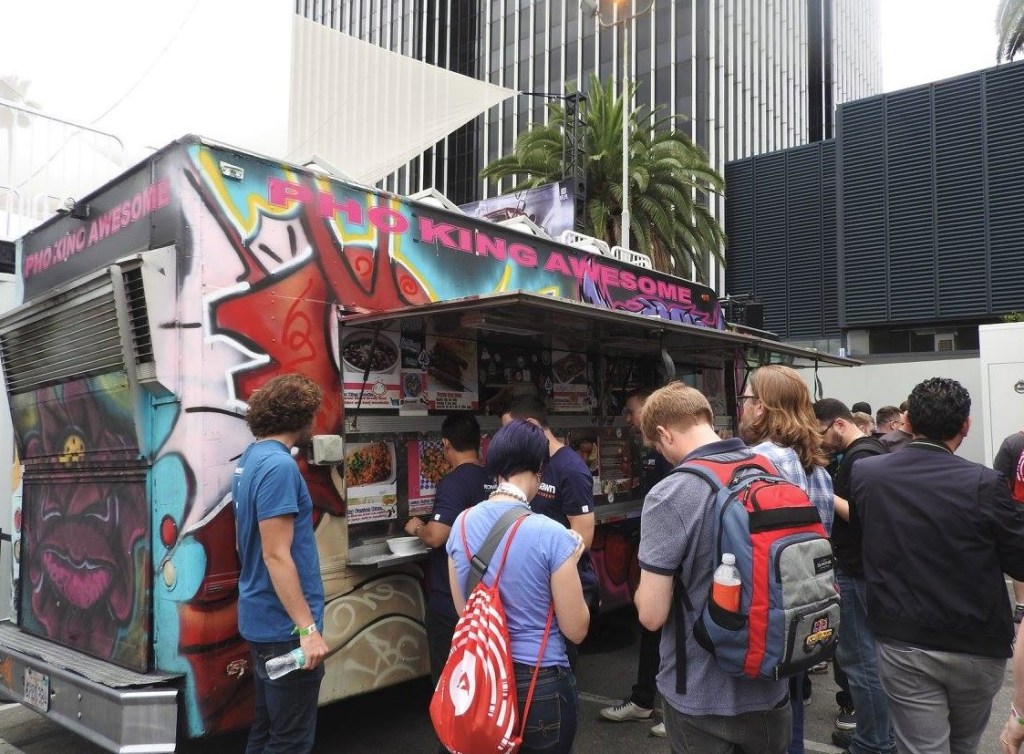 Bruzzo said EA faced a lot of questions in the first year it pulled out of E3 and went off on its own. Now the company sees what it is doing as complementary to the show, which is stronger than ever. He said EA has no current plans to return to the show floor at E3 in the Los Angeles Convention Center.

“EA supports the ESA (which puts on E3), and it’s clear these things complement each other,” he said. “It’s special that the video game industry has a moment of celebration in June. E3 created that, and we are growing the impact it makes.” 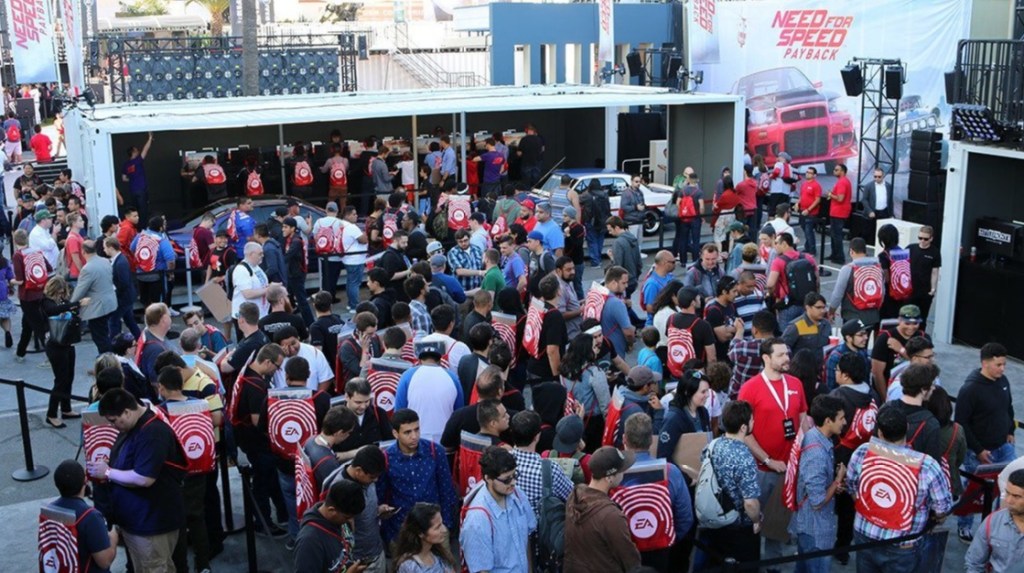 He added, “In the past, E3 was an industry event where the industry was talking to itself. You met with retailers and pitched them games. That’s what it was. Now that is not how we operate, even with retailers. Now it’s direct-to-player experiences, year round.”

EA’s playable games include Battlefield V, a bunch of sports games, mobile games, and some that are not announced.

“We’re using the Palladium still, but we’re using much more of it,” he said.