We live in cynical times, so it’s hard to express raw joy or enthusiasm these days without anticipating a needlessly snarky response from the peanut gallery. Nevertheless, I’m putting this out there: My excitement for this year’s Electronic Entertainment Expo (E3) is genuine, and think we’re going to hear a lot of exciting announcements over the next week.

This might be easier because I’m a console-agnostic gamer, and just a few good announcements for each platform will be enough to fill the remainder of my 2018 schedule. Here’s what I’m excited about for each system.

Nintendo has become adept at delivering big games within short windows after their announcements. Metroid: Samus Returns for 3DS was announced in June and released in September. Huge Switch titles like Super Mario Odyssey and Xenoblade Chronicles 2 were teased in January and shipped by the holidays. Some compelling Switch ports were announced mere months before they hit stores. So although I have tended to view Nintendo’s E3 events in the past as “just more of the same,” I’m going into this year’s Nintendo Direct enthusiastic that anything’s possible.

On the new games front, I’ll be pleased (and surprised) if Metroid Prime 4 and the rumored Switch version of Ridge Racer are ready to go this year. I’m not a huge Smash Bros. fan, but can’t wait to see what Nintendo does this time with the franchise because it’s always exciting. This year’s Pokémon announcements were disappointing, but the fact that Nintendo didn’t save the bad news for E3 strikes me as telling.

After Donkey Kong Country: Tropical Freeze and Hyrule Warriors, I’m excited to see what other Wii U and 3DS ports Nintendo will offer this year. Super Mario Maker Wii U + 3DS? Super Mario 3D World + Land? Hyrule Warriors set the bar high for absolutely packing a Switch port full of twin-platform and DLC goodness, so I dare to dream that this could happen again with a few more of the best titles most people missed on the Wii U. Above: Star Fox Zero for Wii U.

A lot of people are hoping Nintendo will announce a new Wave Race, F-Zero, or StarFox game for Switch. I’ll admit to being so desperate at this point that I’d gladly settle for a remake of their last core GameCube titles — well, a fixed version of StarFox Zero. Part of me thinks that Nintendo will drag StarFox through the mud yet again with another misbegotten crossover title. But I’m choosing to remain optimistic, even if that means replaying an uprezzed old game instead of something new.

On the 3DS front, I’m just hoping that Nintendo makes price adjustments to start bringing more players over to the Switch — and in the process, get more copies of 3DS catalog games into circulation before the system rides off into the sunset. If we see a bunch of new Nintendo Selects at E3, I’ll be happy to add more 3DS games to my collection; if not, I’m saving my dollars for Switch.

We’ve already heard a lot of good news for the PlayStation 4 and PSVR ahead of E3. Enough has been shown of Insomniac’s Spider-Man, Bandai Namco’s Soul Calibur VI, and Rockstar’s Red Dead Redemption 2 that I think Sony has a guaranteed excellent lineup for later this year. I’m expecting Koei Tecmo’s Dead or Alive 6, Sony’s Last of Us Part II, and Kojima’s Death Stranding to hit in early to mid 2019, but I could be surprised. Above: The lightsword rhythm game Beat Saber has been a huge hit on PCs, and needs to come to PSVR at E3.

What has me most excited for Sony at E3 is the promise of more and better PSVR content. The excellent PlayStation VR Aim controller has the potential to really come into its own with new first-person shooters of various flavors, and non-Aim titles such as Enhance Games’ Tetris Effect, Hyperbolic Magnetism’s Beat Saber, and Sólfar Studios’ In Death could very easily propel PSVR sales into the stratosphere this holiday season. Each of these is a potentially killer virtual reality app, so if Sony plays its cards right and gives these titles their due spotlight, this could be a great year.

And that’s just a handful of the known PlayStation titles. Sony tends to bring out a few big surprises each year that could really change the face of the holiday calendar. Here’s hoping that it has learned a lesson or two from Switch marketing and isn’t going to disappoint everyone with a bunch of “coming next year” announcements.

In all honesty, I’m not really sure what to expect from Microsoft this year, but my expectations are sort of low — not entirely in a bad way. The recent addition of backward compatibility for Panzer Dragoon Orta and various other titles is enabling me to go back and revisit old Xbox and Xbox 360 titles that I used to love, so even something as basic as a dramatic enhancement of this feature would make me happy this year. 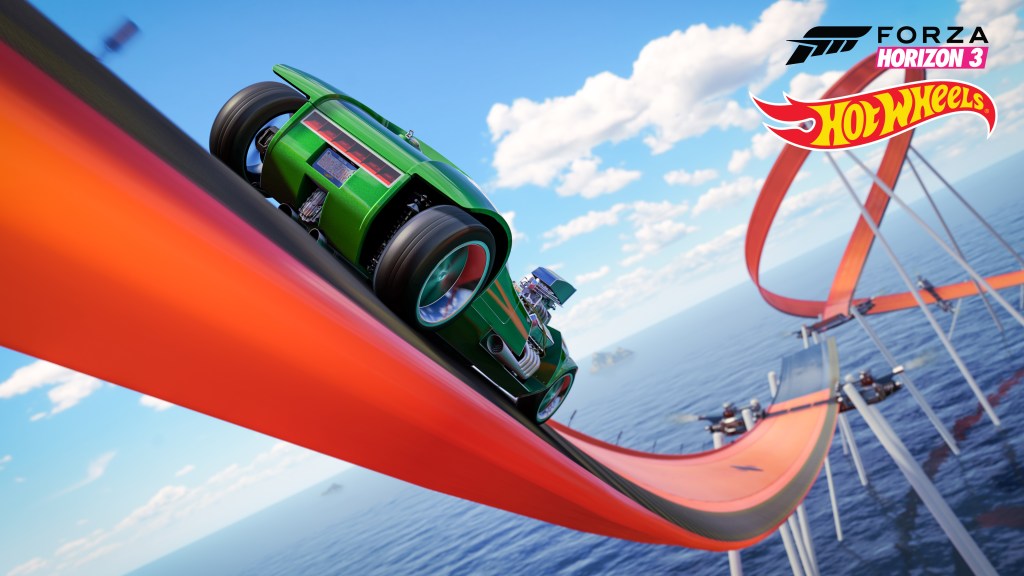 Above: Forza Horizon 3 was great even before it added Hot Wheels DLC, which gave it a system-selling bundle option for families.

But of course I want to see new games and preferably new peripherals, too. On the exclusive front, I enjoyed Forza Horizon 3 enough that I can’t wait to see what Playground Games does with Forza Horizon 4. It seems unrealistic to expect true sequels to Halo or Gears of War to ship this year, but I suppose anything’s possible. In the meanwhile, we are going to see plenty of cross-platform titles coming to the Xbox, and because of the Xbox One X, they’re probably going to look the best on Microsoft’s platform.

Also, I can’t possibly be the only person wishing that Microsoft would make good on its prior promise to bring high-quality VR to the Xbox One X, even if that just means adding support for another company’s Windows Mixed Reality headset. With the right VR partnerships, Microsoft could add a ton of new content to the Xbox in a flash — and a compelling holiday hardware purchase to fans’ wish lists. Admittedly, I’m not holding my breath on this.

The Xbox One feels like it’s in a weird place right now because it doesn’t have any major exclusives coming soon, and the news these days is generally dominated by Sony and Nintendo headlines. But if we get new Forza, Halo, and Gears titles at E3, this could be a big holiday for Microsoft, too.