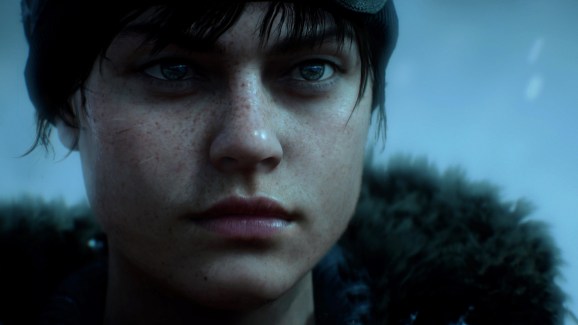 Electronic Arts and developer DICE confirmed that Battlefield V is getting a battle royale mode at some point in the future. The companies made this announcement at the EA Play event in Hollywood today as part of a reintroduction of Battlefield V to fans. During that media presentation and fan gathering before the Electronic Entertainment Expo (E3), DICE took the stage to show new aspects of the World War II shooter. While EA first debuted Battlefield V on May 23, the company used this opportunity to elaborate on features like the massive Grand Operations.

DICE did not provide a lot of specifics about its battle royale mode, but it did say it would have elements that are familiar to all Battlefield fans. The studio said it will have more on this subject later this year.

Battlefield V is due out October 19 for PC and consoles, and EA has already promised to drop the Premium Pass and map packs for this entry in the long-running series. Instead of asking players to pay extra to get new maps, every update is now free, and developer DICE is focusing on cosmetic items as a way to generate revenue from the game as an ongoing platform.

Today’s presentation also comes after weeks of fans moaning about an early reveal trailer that showed a woman with a prosthetic arm fighting alongside men. Onstage, DICE noted that this is “our portrayal of the Second World War.” Players complained that this wasn’t historically accurate (even though many women did fight on the front lines of the war for certain countries) and that it broke the “immersion” that DICE promised for Battlefield V. Most of these arguments are flimsy covers for men who hate women. These men feel threatened by the idea of a woman creating a character that looks like them to feel equally immersed in the action of Battlefield V.

In response to that reaction, DICE said that female players are staying in the game. But the studio still wants its EA Play demonstration to get male fans to focus on the game itself rather than their insecurities because once they’re actually playing it, most of them will probably never think about how angry they were at that trailer ever again.