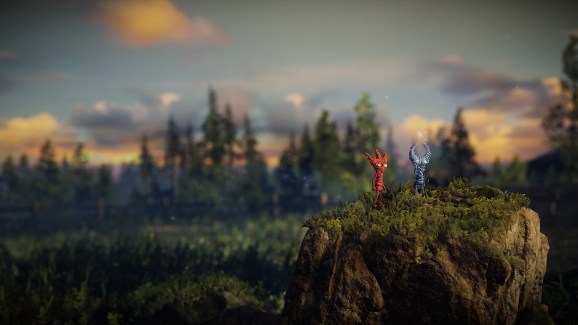 Coldwood Interactive has finished spooling up a sequel for its charming 2016 platformer Unravel, and it’s available today. Publisher Electronic Arts showed Unravel Two at its press briefing ahead of the Electronic Entertainment Expo (E3) next week, and the game is now out on EA’s Origin PC platform, PlayStation 4, and Xbox One.

In Unravel, players guided Yarny through a series of bucolic — and sometimes melancholic — landscapes, recreating an old woman’s memories of her family. As you might expect from his name, Yarny’s body is made out of a small tangle of yarn, which he uses in creative ways to solve puzzles, like latching onto objects and swinging through the air or drawing taut and catapulting himself to higher ledges.

Unlike its predecessor, Unravel Two will feature local co-op, where two players will be connected together as two Yarnys. Folks will still be able to play it solo, though, and other aspects of the game seem to echo the first Unravel. It still has the adorable pastoral aesthetic and the puzzle platforming. And it will continue to explore the theme of family and the past.

“Unravel Two is about the new bonds that form when we cut ties to the past,” said Coldwood creative director Martin Sahlin in a statement. “Like Unravel, it is a deeply personal game for the studio and our passion and life experiences are intertwined in the fabric of the journey players and their Yarnys will embark on. Unravel Two is about the unbreakable bond between friends and how hope and love can make the world around us a better place.”