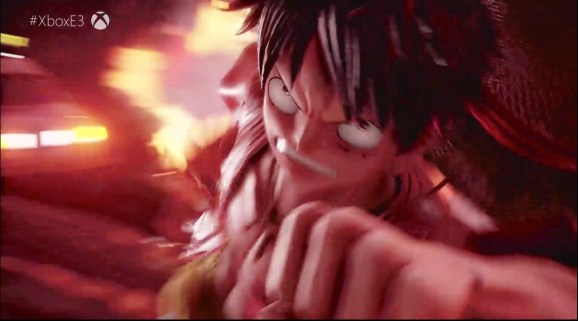 Microsoft showed off a new game called Jump Force from Bandai Namco during its Electronic Entertainment Expo event today in Los Angeles. It is coming out in 2019.

The crossover features some of the biggest anime franchises, including Dragon Ball, One Piece, and Naruto. They are fighting in a city that looks like it suffered from an alien invasion.

A final shot in the trailer also showed a character from Death Note.

The name Jump Force is a nod to the doujin magazine where these franchises premiered, Shonen Jump.