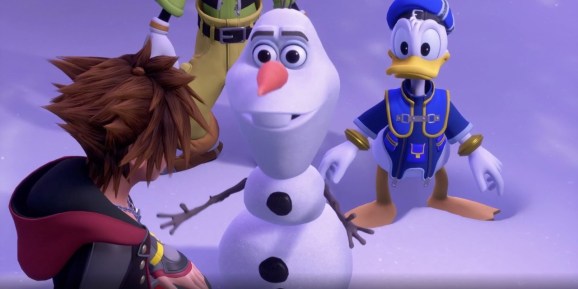 This is the first time that a Kingdom Hearts game is coming out for Xbox One. The trailer also showed off previously announced worlds based on Toy Story and Tangled. The Frozen world included many characters from the movie, including Anna, Elsa, and the snowman Olaf.

Kingdom Hearts III is releasing on January 29. It is also coming out for PlayStation 4.

Kingdom Hearts is one of Square Enix’s most popular franchises. It has sold over 24 million games since the original launched in 2002. Kingdom Hearts II came out in 2006. Since then, the series has focused on spin-offs, portable games, and compilations/remasters.