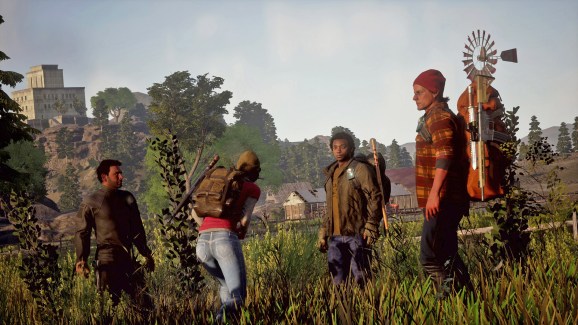 Will you save a survivor in State of Decay 2?

Microsoft head Phil Spencer announced during its Electronic Entertainment Expo event today in Los Angeles that it has acquired Undead Labs, the studio behind State of Decay 2.

Undead Labs launched State of Decay 2 on May 22 for Xbox One and PC. Microsoft announced a total of five new studio acquisitions as it commits itself to creating more exclusives for the Xbox platform.

Undead Labs started in 2009. The studio is based in Seattle. Its founder is Jeff Strain, a former developer from Blizzard and cofounder of Arena.net (the Guild Wars MMO studio).