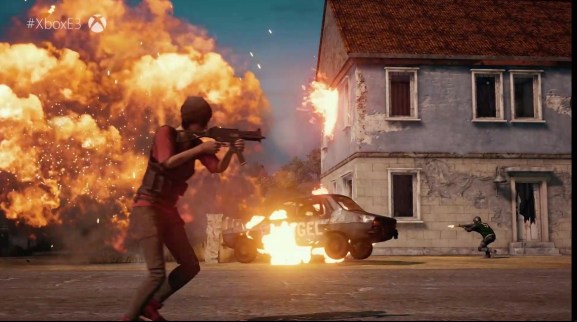 Battle royales aren’t known for imparting warm, fuzzy holiday feelings — but PUBG Corp. is still adding in some seasonal weather in an update that’s coming this winter. The developer teased new maps and environments for PlayerUnknown’s Battlegrounds, including one that’s white with snow, at Microsoft’s Xbox E3 event.

PUBG launched on Xbox One in December, and it’s since reached more than 5 million players. It’s also rolled out new maps, like Miramar, as well as a dozen updates that included new weapons and vehicles.

PUBG’s biggest rival in the battle royale space is Epic Games’ hit game Fortnite. The two studios are currently locked in a last-player-standing match of their own in court, as PUBG Corp. is suing Epic for allegedly copying its core gameplay elements as well as certain designs like its user interface.