Bethesda announced today that Quake Champions would be getting a free trial, making the news onstage at the publisher’s showcase event ahead of the Electronic Entertainment Expo. And for if you download it during the trial week, you can keep playing after the test closes.

Esports has long been a part of Quake, something it started 20 years ago at Quake. Community manager Joshua Boyle said QuakeCon and Dreamhack Winter would host esports events for the shooter this year.

Quake Champions is a free-to-play take on the landmark shooter series. It hit Steam Early Access in August 2017, though it does have a price tag at the moment (the free-to-play version launches later after the trial).

Arena shooters like Champions focus on fast-paced action. Quake III Arena, which came out in 1999, was one of the first games to popularize the subgenre. But the Quake series has been on something of a hiatus since 2010’s Quake Live, which itself was just a browser version of Quake III. 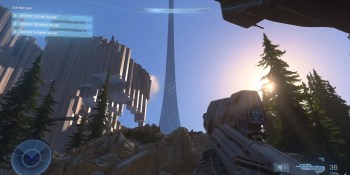