Ubisoft has figured out where it’s going to get its next billion developers to fill out all of the art and music required for its open world sci-fi game, Beyond Good & Evil 2.

It’s you, it revealed today at its event ahead of the 2018 Electronic Entertainment Expo (E3). Just as you’ll be able to create your own character in Beyond Good and Evil 2, you’ll also be able to fashion your own art and music and submit it to Ubisoft for possible use in the game.

Guillaume Brunier, a senior producer at Ubisoft, said at a press event that the company plans to make good use of all of the fans who signed up for its beta program, dubbed the Space Monkey Program. 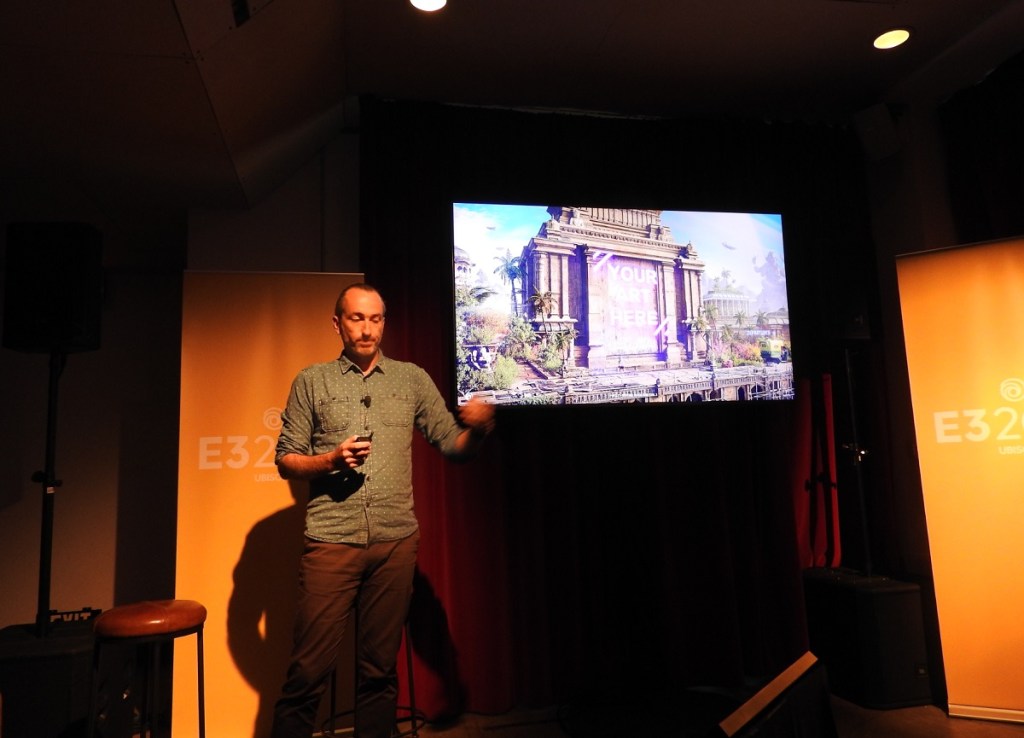 Above: Guillaume Brunier, senior producer of Beyond Good and Evil 2, talks about user-generated art.

Those fans will be welcome to submit their own art to be used in various places throughout the “space opera” game. Those decorations could be artistic, crazy, or random. But they could very well help Ubisoft make the game feel more immersive and realistic. Ubisoft has 100,000 participants in that program, and they’re eager to participate.

“We want to have players contribute more to our games and have communities creating and contributing together,” Brunier said. “We are going to have the community make assets for the game.”

He added, “We’re going to start with music and images.” 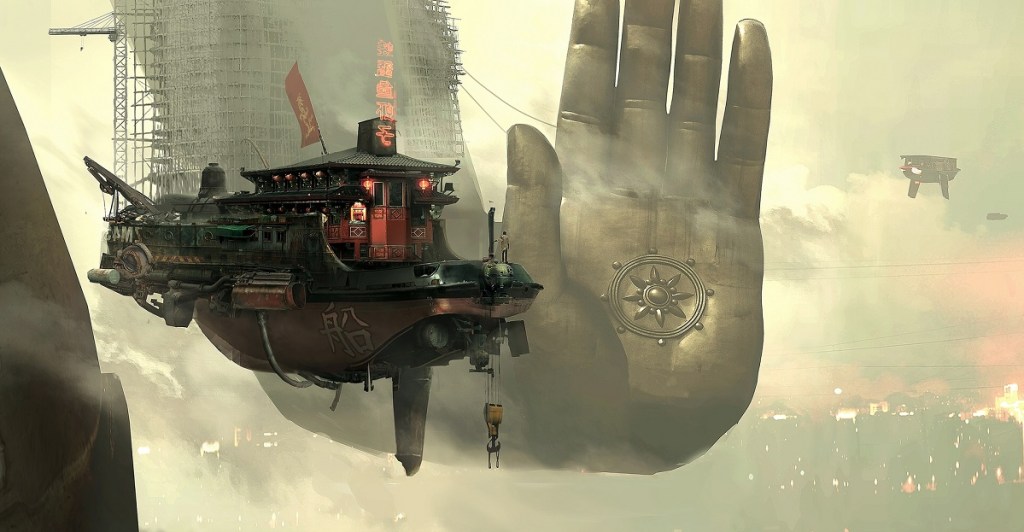 Above: Beyond Good & Evil 2’s ship comes in handy.

You could come across a giant stone structure with frescos on it, and those structures could have fan art inserted into them.

And users will be compensated for their musical creations. That’s where Joseph Gordon-Levitt, founder of HitRecord, comes in. HitRecord gets members of the music community to collaborate and create tracks. That music can be crowdsourced and used in things like movies.

“We are a creative platform that lets people all over the world to come together,” Gordon-Levitt said. “We will make assets that can go into a video game. We are excited about this.”

Brunier said that fans cold contribute songs for something like a space pirate radio station. And he said people will get paid for their contributions, and they will be able to monetize their work.