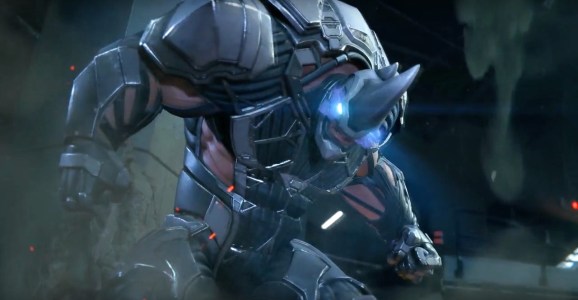 Sony revealed more of Insomniac’s Spider-Man game during its Electronic Entertainment Expo event today in Los Angeles. Spider-Man is coming out on September 7 for PlayStation 4.

The new demo showed Spider-Man thwarting a prison escape. During it he encounters some of his most famous enemies: Electro, Rhino, Scorpion, and the Vulture.

This is one of Sony’s biggest PlayStation 4 games for the rest of the year. Spider-Man is one of the most popular super heroes in the world, and his web-slinging abilities have always translated well to the world of video games. Insomniac has a history of working on games with unique weapons, notably the Ratchet & Clank series.

Spider-Man is famous in part because his rogue’s gallery is one of the best in comics. The demo also showed a thrilling sequence where Spider-Man chases Electro outside the prison facility.

Spidey gets the crap beaten out of him before the trailer teases the reveal of one more villain. But we don’t get to see who it is.