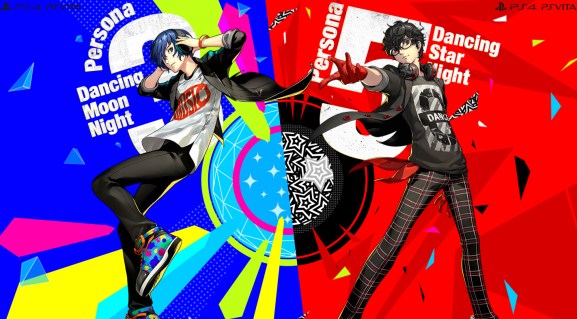 More Persona dancing is on the way.

I checked out Persona 3: Dancing in Moonlight and Persona 5: Dancing in Starlight during a Sega Atlus pre-E3 event last month in Santa Monica. I love the Persona games, and their great music goes a long way toward making them memorable. So more rhythm games are welcome. They both come out for PlayStation 4 and Vita in 2019.

These follow the same formula as 2015’s Persona 4: Dancing All Night. They’re relatively basic rhythm games. Button prompts fly from the center to the screen to toward a circle. You need to hit corresponding buttons in time with the beats of the song. The soundtrack includes remixed music from the original game.

Person 3 and Persona 5 each have great soundtracks, so it’s nice to see them get the same treatment as Persona 4. We also get to see the casts of each game in new, dancing-friendly outfits. This is especially novel with the Persona 3 cast, since that game came out for the PlayStation 2. It’s fun seeing new, more detailed character models for that cast on the PS4.

But, yeah, nothing about my demos surprised me. It was like playing Dancing All Night with different Persona characters. Trust me, I’m not complaining. I love these games and soundtracks enough to be perfectly fine with more of the same.

But it is more of the same. To get into Dancing in Moonlight and Dancing in Starlight, you need to be a big fan of Persona and rhythm games.