Sable was one of the more whimsical games that I came across at the recent briefings for the 2018 Electronic Entertainment Expo (E3), the big game trade show in Los Angeles this week.

This game from publisher Raw Fury is set in a desert environment, and it is illustrated with a unique, colorful art style that reminds me of a comic book. It was kind of weird, but that’s what I found attractive about it too. It’s about a girl who explores the desert on the open world of an alien planet.

Gregorios Kythreotis and Daniel Fineberg formed a studio they call Shedworks, and they are building the game themselves with an aesthetic that comes from 1980s European comics. Kythreotis watched me play the game at a recent press event. 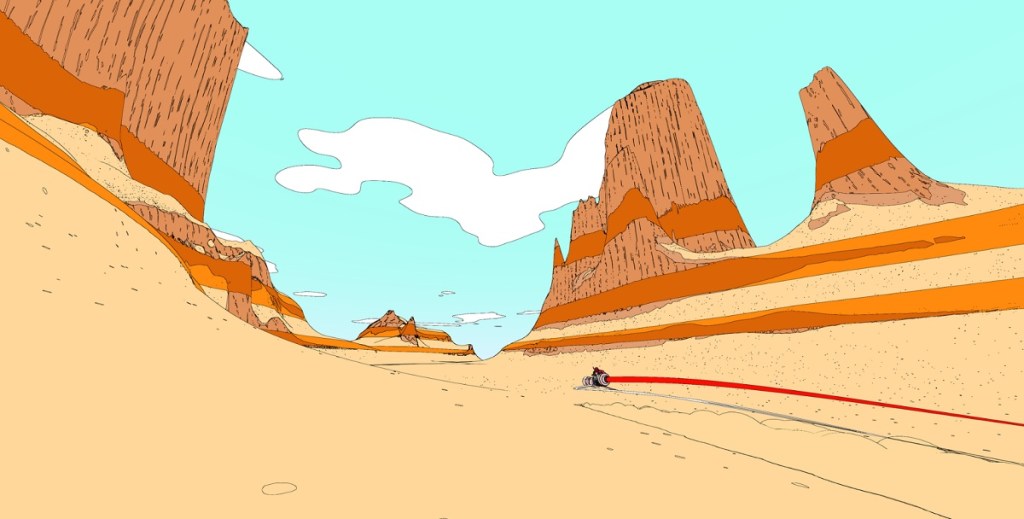 I had no idea what I was doing, but Kythreotis suggested I drive toward the unusual things on the horizon. He says the story will be a deeply personal journey as the girl, named Sable, explores ancient places.

In Sable, you are a girl in the desert. You’re wrapped so tight in layers that you can’t event tell you’re a girl. All around you is the desert, in various hues of orange and brown. You can hop on an air speeder and head in any direction. You can explore forever. I wandered around for a while and had to ask the creator where to go. 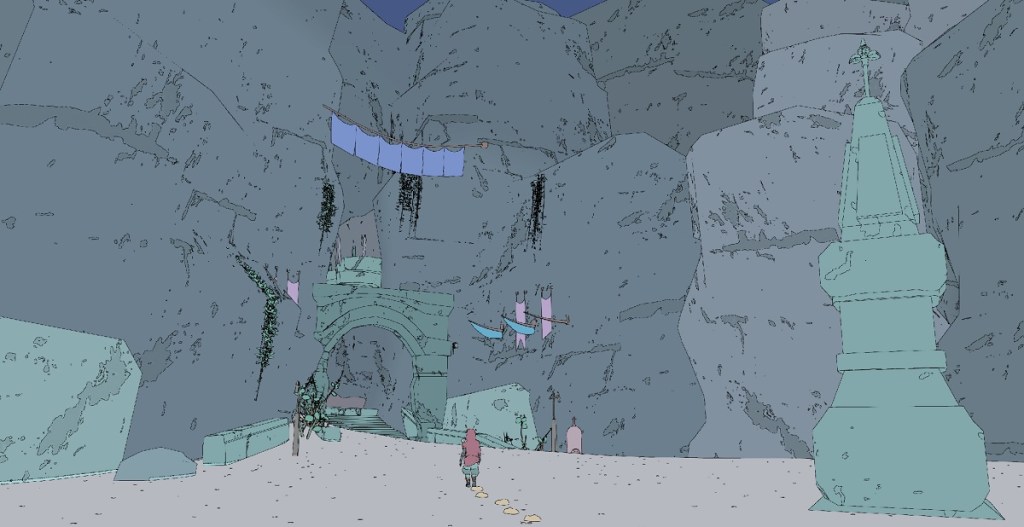 Every now and then, there’s an object that draws your attention. There was a tower that looms in the distance. I headed toward it, and I went to the top. I spoke to the guy there, and he asked me to head to some ruins. I did so and uncovered some kind of ancient temple. I jumped around and made my way into the place, always looking for ways to gain elevation through jumping or climbing. I was intrigued. I found my objective, but didn’t know what to do next. And then my brief demo was over. I wanted to see more, though.

The game has some issues with its camera, as the sand kicked up from your air speeder vehicle blocks the view of where you’re going. That makes you stop speeding now and then so you can see where you are headed. 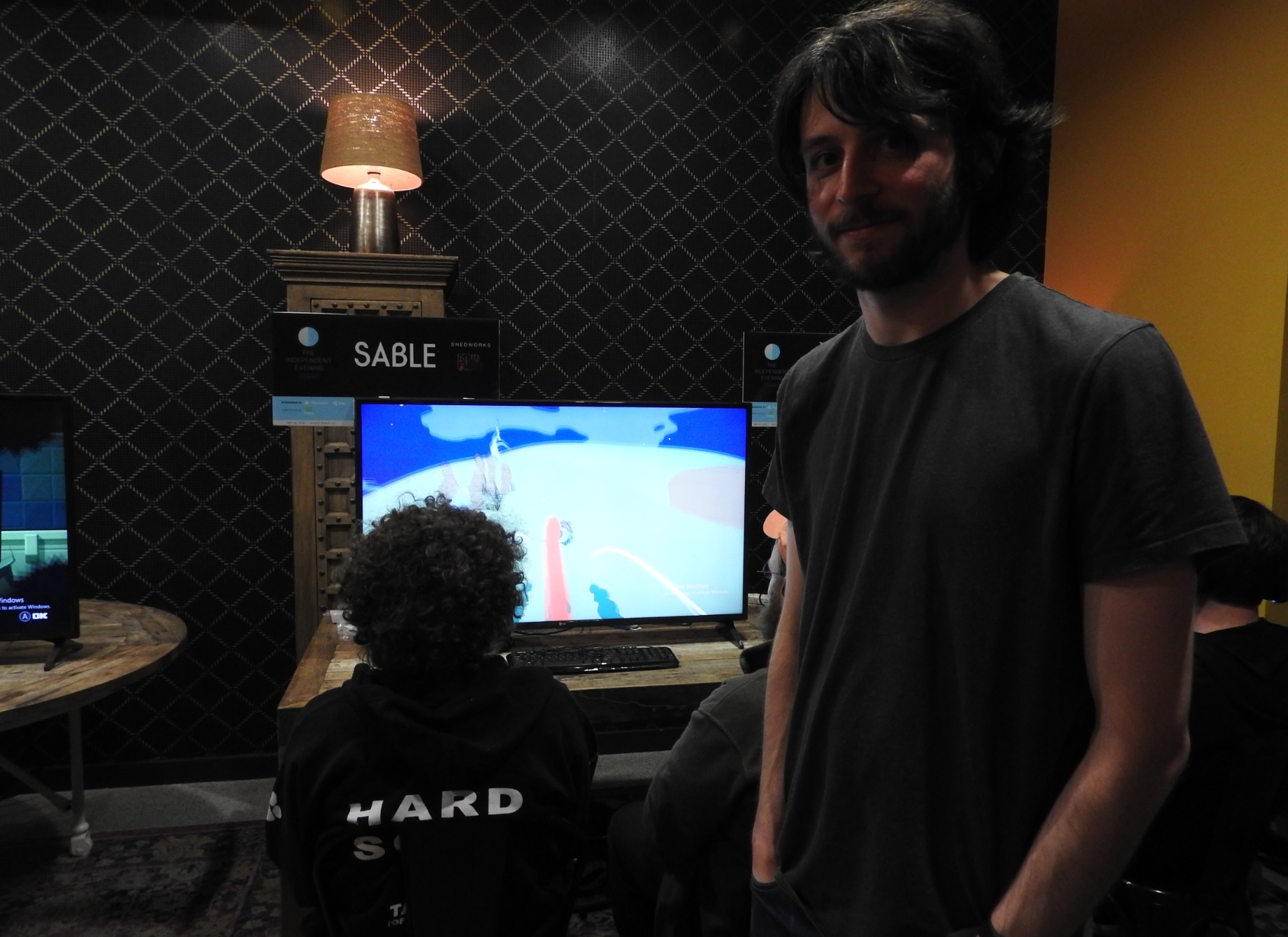 Above: Gregorios Kythreotis of Shedworks shows off Sable.

The founders have had a lot of help. The game has an original soundtrack composed by experimental pop artist Michelle Zauner of Japanese Breakfast. The narrative about a coming-of-age story was crafted by Meg Jayanth. Sound design was done by Independent Games Festival award-winning audio designer Martin Kvale. Micah Holland handled the animation.