The 2018 Electronic Entertainment Expo has descended upon Los Angeles this week. We’re getting news about the biggest and shiniest games heading to our TVs in the near (and distant) future. But the event isn’t just about stuff we’ve never seen before.

Nintendo’s Switch console is snatching up some beloved properties that have already appeared on other platforms. These titles may be slow making it to the home and portable hardware, but they’re no less welcome for players who haven’t gotten a chance to try them out yet — especially those who enjoy playing on-the-go or away from the TV.

Here are some of the biggest Switch ports coming out of E3 2018.

Epic Games’ blockbuster, online multiplayer shooter is available on the Nintendo eShop starting today. It will include the battle royale mode.

Battle royale “borrows” Player Unknown’s Battlegrounds’ 100-player, last-one-standing gameplay. It’s quickly become a mainstay of streamers and competitive players. But if you just want to build a house and battle some enemies on Switch, you’ll be able to do that, too.

Killer Queen is a multiplayer, arcade-style game that has teams of five players squaring off in a Joust-style combat. One player on each team controls the queen, and the others are drones and warriors sworn to protect her. It also has a bit about lobbing berries into the other player’s hive and some huge, rideable snails, and how are these words appearing in this order?

The Switch version, which appends “Black” to the title to show it’s new and special, will be out later this year.

Bethesda revealed at its showcase that its mobile, free-to-play strategy card game was getting both a graphics overhaul and some new homes. It’s heading to all major consoles, including Switch.

This is a solid score for the Switch, especially since Nintendo’s getting Legends at the same time as its competitors Sony and Microsoft. And people who can’t wait for the home version can get a head start on PC, and they’ll be able to transfer their progress over to the ports once they launch.

Developer Team Cherry’s adorable but creepy Metroidvania title was a surprise at Nintendo’s presentation. And even more surprising than that was the reveal that it’s out today. Hollow Knight first came out for PC and Mac last year, and the Switch’s is the only home console version so far. 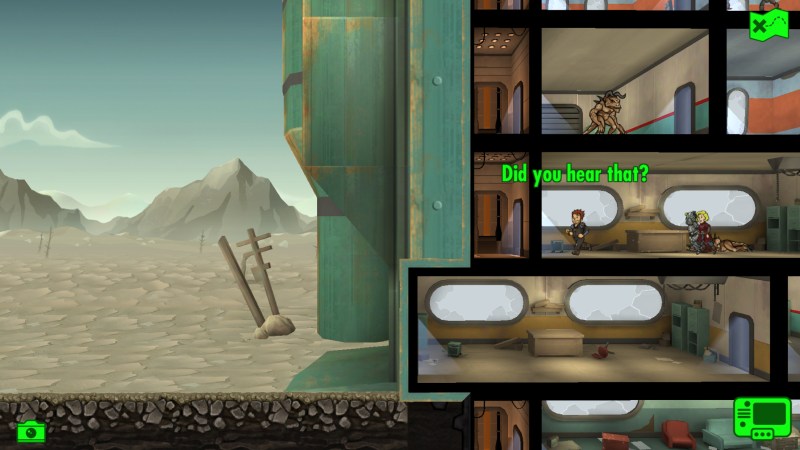 Bethesda first showed off its mobile take on the Fallout universe at E3 2016. And then it announced that it was already out, which was nice. The management title puts players in control of their very own Vault-Tec installation and charged them with recruiting a population and keeping it happy and safe from radiation and mutated animals.

This year, the company continued its tradition of just springing Fallout Shelter news on its audience. It said that not only is it coming to Switch and PlayStation 4, but it’s out now. And just like the mobile version, it’s free to play.

It wasn’t quite a “one more thing” for Nintendo after its massive info drop for Super Smash Bros. Ultimate. But it is looking like a great year for fighting game fans. Along with the mascot brawler, Nintendo is getting its own version of this year’s anime brawler Dragon Ball FighterZ. Switch owners who are fans of the sprawling, explosive anime series will be able to kamehameha their friends into space later this year.

Updated: 6/14/18 12:34 a.m.: Fixed the maker of Fortnite and deleted part about Fortnite’s Save the World appearing on Switch.