Microsoft cares about games. That’s one of the messages the company is trying to get across at the Electronic Entertainment Expo (E3).

At its E3 press event on Monday, Microsoft showed off all the big Xbox titles coming, including first-party titles Halo Infinite, Gears 5, and Ori and the Will of the Wisps. It also said it was buying or building five game studios, and it showed off a lot of third-party video games in an attempt to prove that the Xbox brand is still strong in the console wars.

All told, Microsoft presented 50 games, 18 console exclusives, and 15 world premieres. I talked to Mike Nichols, the chief marketing officer at Microsoft’s Xbox business, about the company’s strategy and plans for bring more talent and games into its Xbox ecosystem. 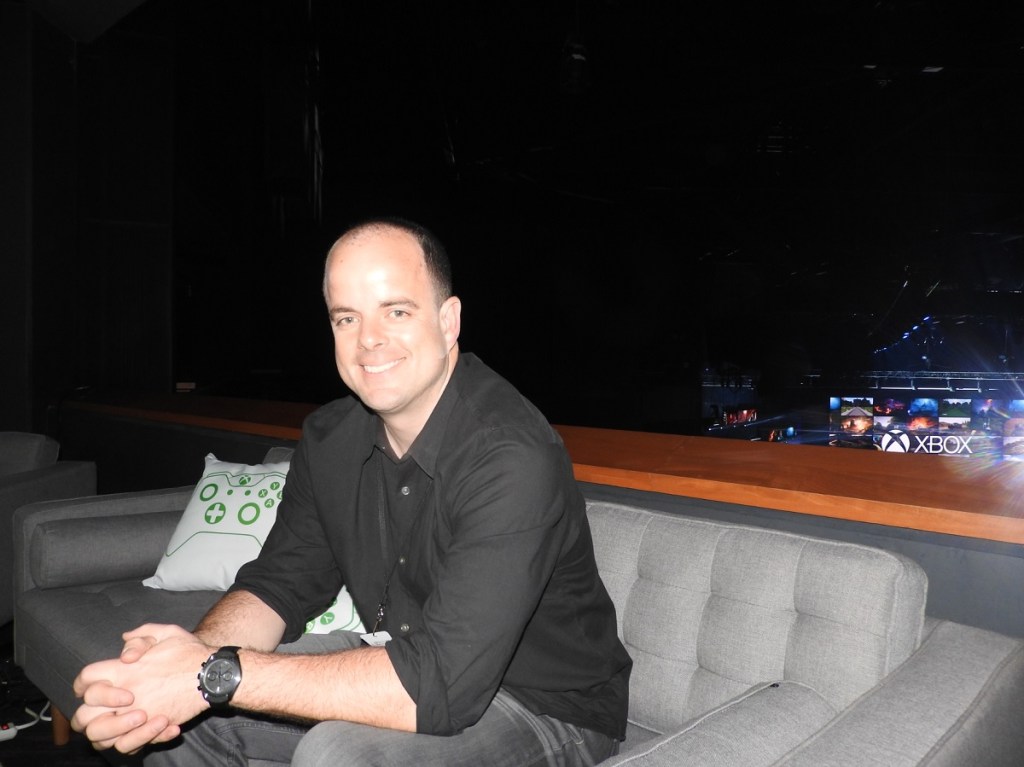 Above: Mike Nichols is the chief marketing officer at Xbox.

GamesBeat: Toward the end of your press conference, Xbox boss Phil Spencer made a quick comment on working on the next generation of hardware. This interview is mostly about clearing up any confusion on my end, because it went by so fast.

He made a comment about new consoles, but there’s also some feeling that seems to be growing in the industry about cloud gaming. Maybe that enables gaming across all devices, and therefore consoles might not be necessary. Was there any intentionality to what you wanted to say here, mentioning that there is a new console being worked on?

Mike Nichols: The primary intention was to say, “Hey, we knew we were going to show 50 games, just game after game.” We wanted to make sure we were also talking about the gameplay experience. That’s where we were saying, “Listen, that means we’re working with Microsoft Research on how to apply A.I. techniques to improve the experience.” We’re working with cloud engineers to make the experience as broadly distributed as it can be, and of course we’re already designing the next hardware.

GamesBeat: Announcing five studio additions at once there….

Nichols: You’re the pro. You would know this. Has anybody even come close to doing that in one E3 before?

GamesBeat: I don’t think so. Something I’ve written about, as far as the beginning of Xbox—I think Microsoft had 1,200 or so people when it launched Xbox and games? They used to talk that many people working on it, working on games for it. And then Sony would always say, “We’ve got 2,500 people working on games around the world.” As long as that was the situation – two developers to your one developer – you could tell how that competition was going to play out. There weren’t enough people on the Microsoft side. Adding these studios seems to be something that was long overdue. It says you’re very serious.

Nichols: No doubt. I can just speak for us, but it’s a pretty unprecedented expansion. Whether it’s the acquisitions, or announcing new games from several existing franchises – three in the case of Gears – we wanted to communicate that to fans. We know a lot of people fell in love with Xbox because of Master Chief or Gears or whatever other exclusive that was available. We want to do more of that. That’s why we made the announcements. 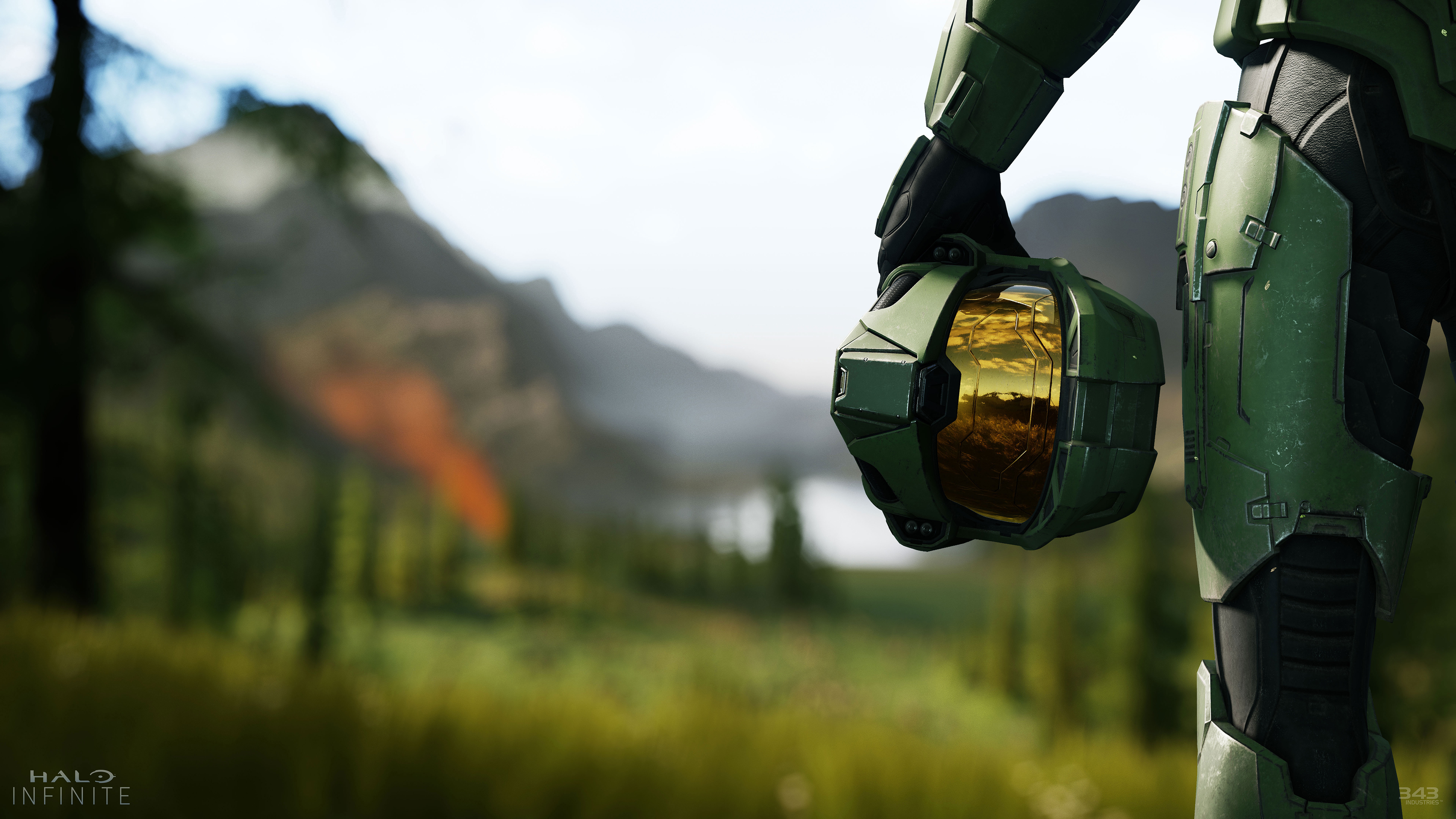 GamesBeat: Is that Matt Booty executing on his new role?

Nichols: For sure. Matt took over the team in January, I think, at Microsoft Studios. He’s outlined his strategy for where he wants to take the studios team. We’re all very excited about it. What you saw today was a good indicator, between the existing franchises and the new creative studios that we’re either creating or purchasing, of his view on expanding things. He and Phil have worked together forever. Matt has an accomplished background in gaming. He was the CEO of Midway. He’s done a lot of different things in his background. He developed the plan and the studios are going to work for him.

GamesBeat: I’m very familiar with Hellblade and Ninja Theory. That was my favorite game of last year. It’s an exciting thing on one hand, but in some ways you also mourn what might be the loss of another triple-A indie studio. There aren’t many of those still out there. Was there any additional thinking around that?

Nichols: The thing is, I saw a video from the team today that I would recommend you take a look at. It’s three or four minutes directly from the Ninja Theory team explaining exactly why they’re joining Microsoft Studios. It’s excellent. It’s a great example.

The high level was, the team more or less was saying, “We want to invest more to do bigger and better things.” It helps to work in a company like Microsoft that will make the investments. They’ve spent time with Matt and other members of the team. In fact, Matt was telling me yesterday that they went to meet with the Minecraft team and said, “Hey, is this for real? What’s it like working inside Microsoft?” And they just told them about their experience. The team said, “That’s great. We want in.” We’re really excited to have them. 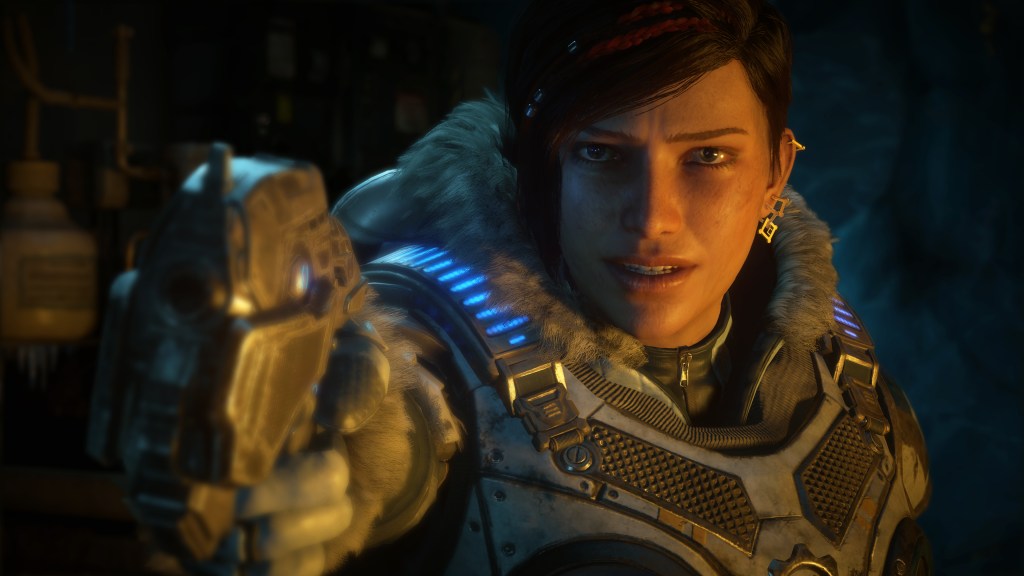 GamesBeat: What else would you say are the highlights this year?

Nichols: We’ve talked about the first-party studios quite a bit, although I was particularly excited to start things off with Halo. The other two things I’d say—one thing that’s cool is just seeing how many third parties were choosing to showcase their new games, the world premieres of their games. Devil May Cry looked awesome. I thought Fallout 76 looked awesome. Cyberpunk looked awesome. They chose to do it on our stage. We wanted them to reveal their new games on our stage. I think it’s appropriate, because I think those games are going to play best on Xbox.

GamesBeat: That helps put eyeballs on your event, do you think? If they’re going to appear on Sony’s platform as well, is there still a big value in having them do it first here because the attention comes to you?

Nichols: To a degree, although that wasn’t really the driving force. The driving force really was—we want to talk to the Xbox player and say, “Here’s the stuff that’s coming and that you have to look forward to.” The second thing is, frankly–let’s pick this holiday. We’ll have an amazing lineup of games from third parties. Good news: every one of those will play best on Xbox One X. That’s great. Everything in the industry that’s playable on Xbox will play best on Xbox. Featuring them on their stage made a lot of sense from that perspective.

On top of that, we have really tight relationships with those game creators. They like the way we try to empower them, put on a good show, bring in a bunch of people, get a lot of eyeballs on their content. Those partnerships are important. So those are some other reasons.

Nichols: Game Pass would be the last thing. Fourteen new games coming to Game Pass. With this new Fast Start technology you can jump in and play games twice as fast. Game Pass is cool for consumers, but it’s also a cool thing for game developers and the industry. The games in it get a lot more play than before they were in the service. It’s an interesting platform for certain genres, whether it’s single-player narrative-based games—having a subscription relationship allows some different economics for them to get distribution of their games. We’re excited about that.