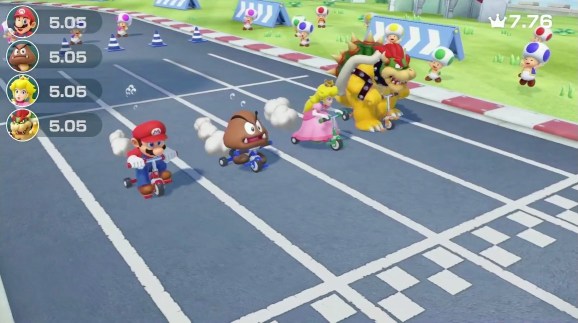 Nintendo revealed Super Mario Party during its Direct video event prior to the opening of the 2018 Electronic Entertainment Expo trade show today. This is the latest entry in the multiplayer party-game series, and it is coming to Nintendo Switch on October 5.

This is the first Mario Party for Switch, and it is using the unique features of the hybrid handheld/home console. This means it will have motion-control minigames as well as traditional controller-based asides. But Nintendo wants this to work as the Mario Party that you break out on the go with friends, so expect the game to work especially well on the smaller mobile screen.