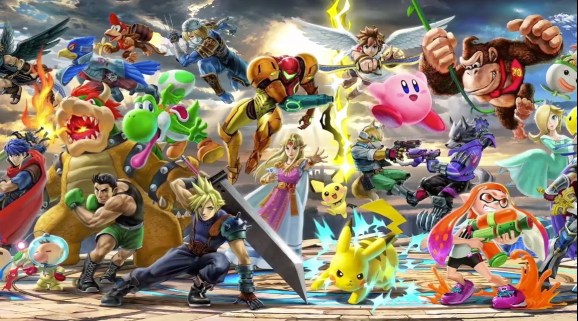 I thought that Super Smash Bros. for Wii U was pretty close to being the perfect Smash Bros. game. I wasn’t sure how Nintendo could improve it besides just adding more things like new characters and levels.

And that’s part of the story for Super Smash Bros. Ultimate for the Switch. But it’s more. Ultimate includes every character that’s ever been in the series — and some new fighters as well. I checked it out today this new entry in Nintendo’s crossover fighting franchise during a special Nintendo Electronic Entertainment Expo (E3) event today in Los Angeles. I played almost a dozen matches. Playing with the new characters and stages was a blast, but even small adjustments to mechanics and the presentation could make this the best Smash Bros. yet.

For my first match, I picked Ridley. I’ve wanted this Metroid villain in Smash for a long time. His debut does not disappoint. Other villains in the roster — like Bowser and Ganondorf — tend to feel slow. But Ridley is agile, with many of his best attack being the ones he can use in the air.

His special moves look and feel great. One has him dashing forward, grabbing the first player he touches and then grinding them across the stage before throwing them off the edge. Another shoots out a single fireball that travels in slow, wavey pattern. If you charge the attack, he shoots out multiple flame balls. The moves are great callbacks to his appearances in the Metroid games.

The Inkling is a less conventional character. They can shoot enemies with ink and run them over with a giant roller. Just like in Splatoon, they can run out of ink (aka ammo). You actually have to hold down the B button while shielding in order to refill your ink, which gives Inkling a different feel from other characters. It also captures the feel of playing as an Inkling in Splatoon.

The demo included new stages based on Splatoon and The Legend of Zelda: Breath of the Wild. The former is a more vertical level with a lot of platforms. Smash stages that focus on verticality in the past have tended to be too big. The Splatoon level is a more manageable size, so people can’t run away and hide from fights.

The Breath of the Wild level takes place on one of giant towers from the game. The stage is a relatively simple platform, but I love the details in the background. You’ll even notice the old man from the start of Breath of the Wild floating around on his sail cloth. 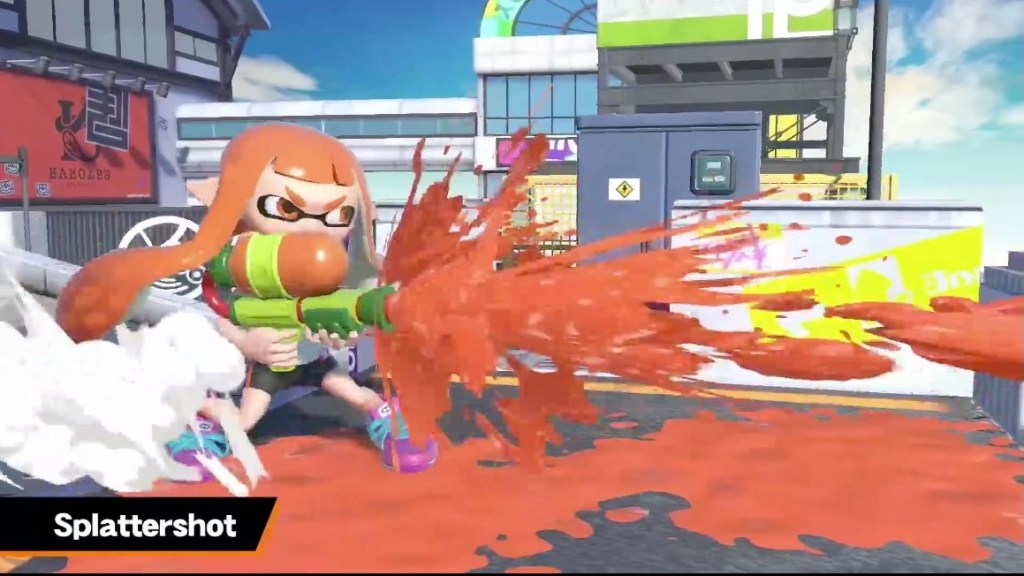 Above: Inklings join the fight.

The returning characters aren’t all clones of their Smash 4 selves. Many of them have new costumes. Mario can don his wedding suit from Super Mario Odyssey or his construction outfit from Super Mario Maker. Link dons his blue Breath of the Wild clothes by default, but you can still have him wear his classic green tunic.

The demo didn’t have a complete roster, but I got to try a lot of fighters. Most of them had some surprises. Snake, who’s back after missing Smash 4, has a new Down Smash Attack. Instead of laying down a mine, he does a more practice double kick that hits players on both sides. Link can now choose when to detonate his bombs. Some changes seem small but give characters a lot of help. Little Mac’s Forward Special no longer forces him to free fall to his death, for example.

Ultimate also has more general changes. When you fly of the screen, a new minimap appears showing the location of all players. This helps you see exactly how close you are to the edge of the stage … and death. You can also charge your Smash Attacks for a longer duration, so you can use some new strategies when trying to catch or play mind games with your opponents.

The aesthetic changes also make a difference. A new title card screen pops up before each fight, showing large portraits of each character before the battle begins. We’ve seen this in other fighting games for a long time, and I’m happy to have them in Smash. It helps build hype right before the start of a fight.

So much for a Smash fan to nerd out over

I love Smash, so every little detail and change delights me. I expected Nintendo to essentially port the Wii U version of the game. I’m thrilled that this is much more than that.

Ultimate is an appropriate name. This does feel like the ultimate Super Smash Bros. game.