The roster includes everyone from Smash Bros. for Wii U and its DLC characters. It also includes fighters that weren’t in the last game but appeared in previous entries, including Ice Climbers, Pokémon Trainer (you can play as a female one now too), Pichu, Young Link, and Snake. 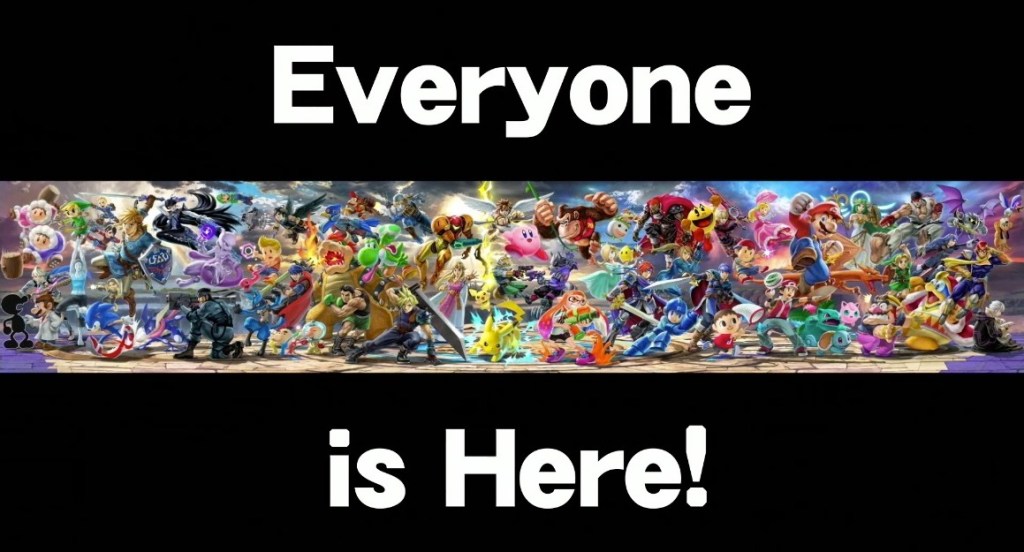 The roster will start small, but you’ll quickly unlock more characters. Returning characters will have new costumes and abilities. Mario can wear his builder outfit, and Link can don his classic green tunic or his blue outfit from Breath of the Wild.

Mii Fighters are also back, and now you can choose between 12 different voices for them. Nintendo also teased online play. Many of the characters have new Final Smash moves.

Many classic stages are coming back, including F-Zero’s Big Blue. Eight player battles are also back.

Above: December 7 is Smash day.

Assist Trophies are also back. These are items that summon characters who then attack people. New Assist Trophies include the Squid Sisters from Splatoon and Bomberman.

It will also have new levels, like the Great Plateau Tower based on The Legend of Zelda: Breath of the Wild. And stages will have Omega forms, which turn them into a single flat arena. New for Ultimate, each game will also have a Battlefield version. This gives each level a three platform configuration.

The fighting game series is one of Nintendo’s most popular franchises. It debuted in 1999 for the Nintendo 64. The last entry, Super Smash Bros. for Wii U, came out in 2014.