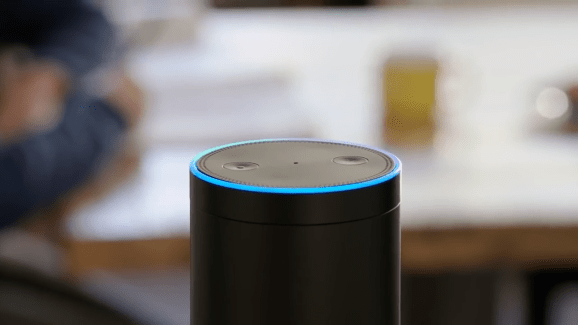 U.S. senators Jeff Flake (R-AZ) and Chris Coons (D-DE) have sent a letter to Amazon demanding answers regarding an incident last month when a woman in Portland, Oregon who declined to share her full name told CBS News affiliate Kiro-TV that a recording of a conversation she had was sent to a person in her phone contact list without her knowledge or consent.

Coons and Flake are members of the U.S. Senate Judiciary Committee and its Subcommittee on Privacy, Technology, and the Law, of which Flake is chair.

The letter (PDF) addressed to CEO Jeff Bezos asks a series of questions, including what efforts Amazon has made to anonymize data, whether Echo speakers are permitted to record background conversations in order to listen for the “Alexa” wake word, and all the ways Amazon “uses, stores, and retains consumer information” like voice data.

The letter was sent Monday and first reported today by Wired.

An Amazon spokesperson told VentureBeat in a statement at the time of the incident that the Echo smart speaker woke up when it incorrectly heard a series of words several times and interpreted the words as an attempt to send a message to a person in the contact list using Amazon Voice Messaging.

“Unfortunately, recent events have demonstrated that it may take just a few words for Alexa to share with others personal information that the consumer would prefer — and would expect — to be kept private,” the letter reads. “While Amazon has stated that the company is evaluating options to make this series of events less likely to occur, we are concerned that the device in this instance performed precisely how it was designed. Without prompt and meaningful action, we expect that additional instances like the one summarized above will happen again.”

Alexa records each interaction every time it hears the “Alexa” wake word.

You can delete specific recordings by visiting the history section in your Alexa app, where you will find all voice recordings associated with an Amazon account for each of your Alexa-enabled products. You can select the applicable product at the Manage Your Content and Devices page.

The letter from Flake and Coons follows a series of appearances by tech company representatives who have been called to answer questions from U.S. senators.

Legal counsel from Facebook, Twitter, and Google appeared before the U.S. Senate to answer questions about how their platforms were used to manipulate voters last fall, while Facebook CEO Mark Zuckerberg testified before the House of Representatives and Senate committees in April and the European Parliament in May to answer questions about the improper use of data of 87 million Facebook users in the U.S. and other parts of the world in the Cambridge Analytica scandal.