The game industry is bigger than ever, with estimates of revenues as high as $150 billion worldwide. And it will draw billions of views this week at the annual Electronic Entertainment Expo (E3) in Los Angeles. But as it moves from subculture to mass culture with more than 2 billion gamers, it still has growing pains.

Mike Gallagher is the CEO of the Entertainment Software Association (ESA), which puts on E3. He’s also the industry’s chief lobbyist, and he has to address those pains. These include complaints from parents and politicians about video game violence, which flare up with every mass shooting. He must also address attempts to regulate games, such as recent moves to classify the sale of loot boxes (or random awards of virtual goods) as gambling.

I interviewed Gallagher with a small group of journalists this week at E3. We talked about issues such as unionization, crunch time, the creation of game jobs, the difference between journalism and influencers, and the culture-changing popularity of games such as Fortnite.

Here’s an edited transcript of our group interview.

Mike Gallagher: Investment, innovation, and impact. When it comes to investment, the industry is absolutely at a fantastic point. It has to be the peak in history, how much investment is going on around the world. That investment drove, last year, $36 billion last year in revenue in the U.S., $116 billion worldwide. That’s project to grow 10-12 percent next January when the numbers come out. All the trend lines are extraordinarily positive. 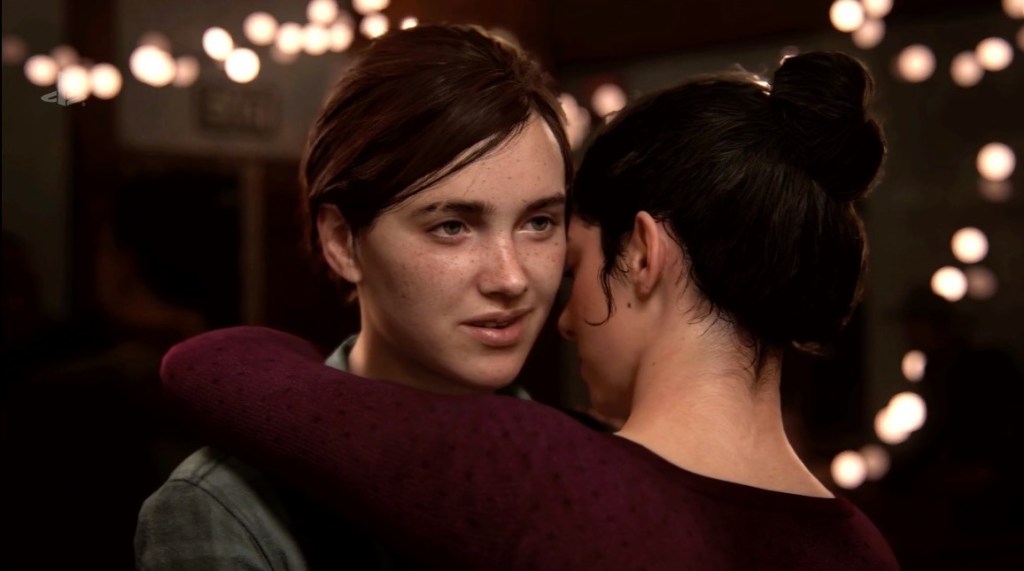 Above: The Last of Us Part II — awkward teen romance and unsettling violence.

That investment is in great content, great games, and great experiences. When you look at the games Microsoft and Bethesda showed, that Sony and Ubi will show, and those that follow, they’re fantastic for gamers and for consumers. That’s happening across multiple platforms. We have the consoles, which are all three in terrific shape. The ecosystems around those have never been better, with whole game digital downloads taking an increasing piece of the market for consoles, as well as microtransactions and other things that were traditionally only available on mobile or PC. Now consoles are taking advantage of those for console gamers. That leads to an enormously healthy ecosystem for all three of them.

Two years ago that wasn’t true. We had two consoles, and we had questions about the third, the health of that. Now those questions are answered. We have a phenomenal base for the gamer to have terrific choices.

Then you look at PC and mobile. Those continue to grow and expand, especially mobile, around the world. Mary Meeker, a year ago, in her deck that covers the future of the internet, had 70 slides on our industry. She pointed then and said there were 2.6 billion gamers in the world. That’s a great number. There are still 5 billion more to go. There’s a lot of growth to be had for us. There’s also a growth in engagement levels that we can continue to take and share from other forms of entertainment. Consumers today increasingly want interactive entertainment, what you see here at E3.

On the investment side things are very strong. When you look at innovation, we continue to see new technologies, more tools in the hands of developers, more ways of creating experiences. It’s not just about the tech itself. It’s about the experience it creates. You see that over and over again, when you have a piece of technology like 3D TV, that there’s a lot of excitement and around it, but it doesn’t seem to go anywhere, because experience wasn’t top of mind when it was created. It’s a cul-de-sac.

In our industry we see that mobile has been a fantastic growth point. You look at the Elder Scrolls game that was announced last night at Bethesda. It’s beautiful. I can’t wait to go play it. It looks phenomenal. That’s leveraging the device and the continued innovation that happens on mobile. The tool kits in the hands of developers yield remarkable experiences.

Then you have VR and AR, which we’ll have on full display here at E3. Again, focused on the quality of the experience. Not just on, “Here’s a piece of hardware.” Here’s Skyrim, all of it in VR. Those types of things that are going to be innovative and break through, they happen here at E3.

Another one is 5G wireless. AT&T has a booth here where they’ll demo gaming over 5G. That makes a lot of sense for them. If you look at the audience that pays attention to E3 — the billions of media impressions, the tens of millions of viewers watching – these are customers that any wireless carrier would want to have. If you can demonstrate that you’re a gamer network, that’s very powerful. Their new technology, which is just beginning to be deployed—to have it shown here at E3 in a gaming space, it’s a tribute to the industry. It reflects the fact that 90 percent of the revenue in the Google Play store is games, and 75 percent in the iOS store. What’s driving the mobile revolution is very much the investment from gamers in playing great games.

We look at impact. The impact of the industry is cultural. It’s transcendent. It’s so powerful. When you look at what we’re able to have in the relevance with our audience—a couple of examples of that, these are well-known to you. One of them is the growth of esports. Another we’ll talk about is Fortnite. When you look at the power of these things, when they’re able to captivate the hearts and minds of people around the world, and the other leaders around culture that are imitating what’s going on in a game, like with Fortnite, it’s remarkable.

When we look at the impact of esports, here at E3 we’ll have at least three places where you’re going to see great esports. Nintendo has a fantastic tournament with Smash Bros. We all know how fun that is. We’ve all played various iterations. We could all debate which one is the best. Then you have ESL with our activation where multiple exhibitors will have an opportunity to have esports played. Finally, we have Fortnite Pro-Am, which should be really fun. The scale of that should get some attention. On the cultural part, when you have soccer players in Europe and baseball players here in the U.S. mimicking the Fortnite dance, it just shows an incredible connection with culture, and our ability to be what it’s important to so many people in what they do with their spare time. 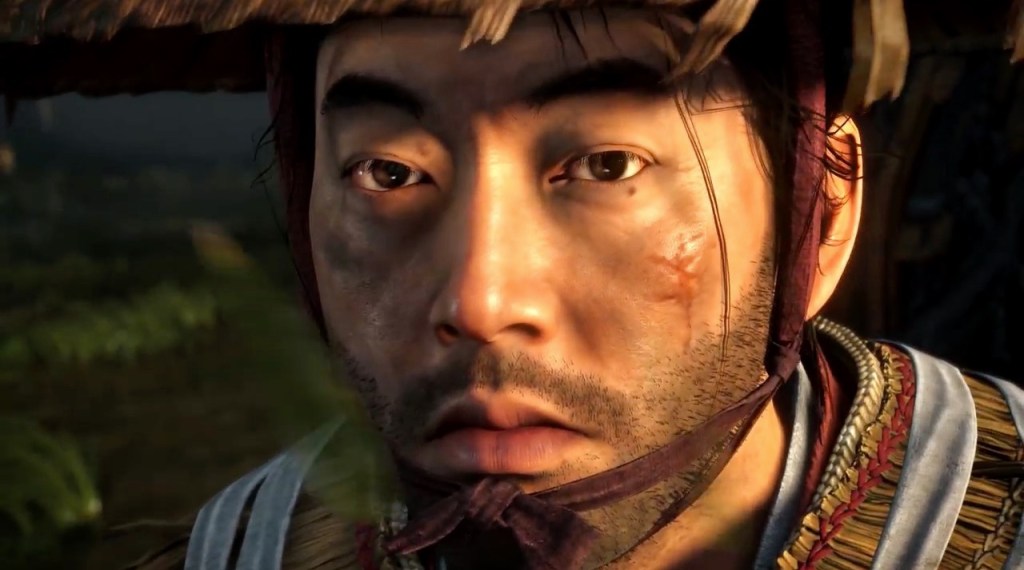 Above: Ghost of Tsushima had a gorgeous presentation.

A little bit about the show. We continue to have to follow all of those verticals. We’ve invested more in the show and broadened the footprint. It’s everything from the Coliseum to Microsoft Theater to other activations you’ll see in between, plus the show floor. We’ve always had the press briefings, as an extension of the excitement of E3. Now, I’ve heard several compliments about the kind of SXSW-style deployment this year. We’ll continue to monitor that and see how that goes. It takes pressure off the floor because we added consumers.

That’s another investment we made last year as ESA. We did that last year and we learned a lot. This year, we’ll see the product of those learnings, like extending show hours, having special access for media and for exhibitors, and then also having not just access but time. Both of those are targeted, because there’s a need for that.

This year we had advanced security. All of you have had the ability to hear why we’re doing that. It’s the right step to take in this world environment, on advice of the security professionals here in Los Angeles, the police department and others. We’ll have those features. We’ve invested an enormous amount to have that go as smoothly as possible. We also expect that there will be challenges, but we’ll work as hard as we can to answer those quickly and effectively so there’s a great show, and also a safe show, for everyone who attends.

Gallagher: We soaked up all they had in Los Angeles, as many we could get our hands on. We’ll be very focused on that throughout the week.

When it comes to impact, you’re all aware of the social media, traditional media that attend the show. We have more than 3,000 members of the media. Half of them are international. Last year’s show did more than 90 billion media impressions, a staggering number. Only 3 billion people in the world have internet access. There’s a lot of people coming back more than once. All week long, people are coming back and checking out their favorite game makers, and our own assets where we collect all that and put it out through E3 Insider. It’s a phenomenon.

I’ll give you an example of that. Last night they held the Tony Awards, a multi-hour special on a major network. We measured everything that was sent and received on all forms of media last night by the Tonys. Again, that’s over broadcast TV. Our two publishers that had press briefings last night had more than 10 times the impact and reach of the Tony Awards. Now, they’re big voices. We’re very proud to have them and they get us off to a great start when it comes to show. But more than 10 times the impact of the Tonys between the two of them.

We still have more to come. We’re just getting started. To think about the cumulative total of that during the week, and the numbers we’ll put out over impacts on Instagram, Facebook, Twitter, and Twitch, every year we break records with those. We’ve set that pattern. We couldn’t be happier to be working with all of them. Gamers have a voracious appetite for what’s coming here. There’s a lot to see.