Before I played Pokémon Let’s Go Pikachu at the Electronic Entertainment Expo (E3) this week in Los Angeles, I was worried this reimagining of the originals wouldn’t be for me. Let’s Go Pikachu and its counterpart, Let’s Go Eevee, come out for the Switch on November 16.

Let’s Go is meant to bridge the gap between fans of the mobile hit Pokémon Go and a more traditional Pokémon experience. So Let’s Go has battles, Gym Leaders, and all of that stuff you’d expect from a Pokémon role-playing game. But it’s a lot simpler.

You don’t walk around tall grass waiting for a random encounter. You can see wild Pokémon walking about, and you just have to touch them to trigger an encounter. While regular Pokémon titles then have you battle the creature and weakening it before you attempt to capture it, the process here works as it does in Pokémon Go. You just throw Poké Balls at it, hoping to aim and time your throws properly to increase your odds of a success capture. 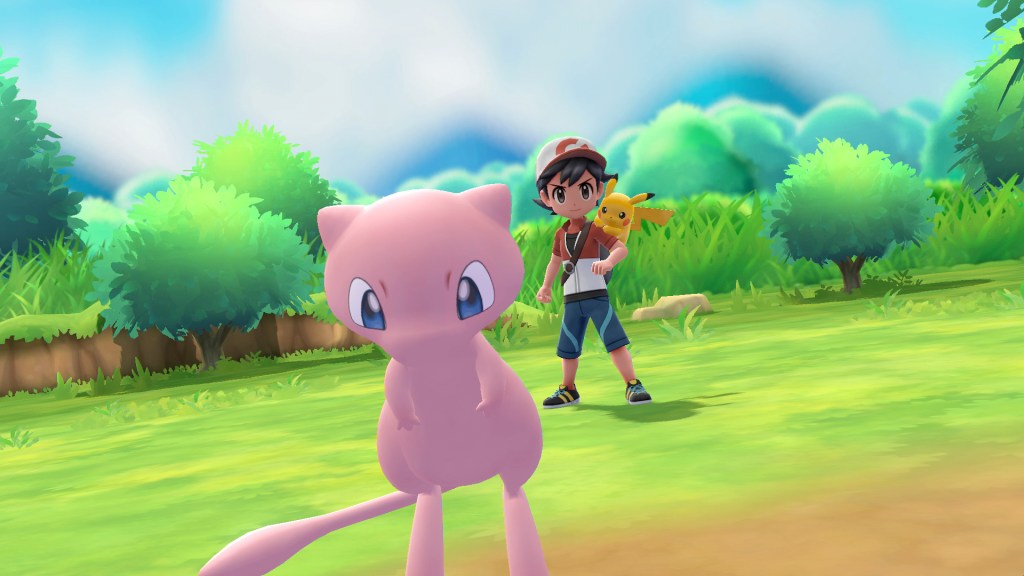 Above: Hey, look, this little kid controls one of the most powerful creatures in all existence.

You can mess up a bunch before a Pokémon will run away. I never had one escape from me. And since you can see the Pokémon running around, you can easily walk right up to whichever one you want.

And then there’s how you throw your Poké Balls. Pokémon Go has you flicking your touchscreen, but Let’s Go has you using motion controls, either with a Joy Con or a new Poké Ball shaped controller. Now, I have the kind of ball-throwing aim that you’d expect from a 31-year-old who likes Star Trek and Japanese pro wrestling. Even so still, throwing Poké Balls felt random. I’d do close to the same motion every time, but I’d either hit them dead on or miss wildly to the right or left every time.

Nintendo clarified that it was still working on the motion control accuracy. I believe it. This likely won’t be as much of a problem when the game launch. I’m more concerned about how simple the entire experience feels. Capturing Pokémon no longer takes much patience or skill.

I saw more things in a new trailer for the game that concern me. Just like in the originals, the first Gym Leader uses Rock-type Pokémon. These are weak to Water and Grass-type ones. Before, you’d learn this through experimenting or talking to non-player characters. Let’s Go literally won’t let you enter the gym unless you show the game that you have a Water or Grass Pokémon with you. The game is terrified to ever have you fail.

This kind of hand-holding drives home just how much Let’s Go is for people who aren’t familiar with traditional Pokémon games. To be fair, Nintendo has been upfront about this. The company is not trying to sell this as anything but a title for fans of Pokémon Go who haven’t tried one of the more RPG-based games in the series.

But as someone who has played all of those Pokémon RPGs, Let’s Go doesn’t feel like it’s for me. I think a lot of other long-time Pokémon fans are going to feel the same way. We’ll have to wait for the next year’s more traditional Pokémon game for Switch.