Although I’m not on my plane yet, I’ve survived another 2018 Electronic Entertainment Expo (E3), the game trade show that draws billions of views from around the world. More than 69,000 people attended the event this week at the sprawling Los Angeles Convention Center.

Once again I rolled over some feet as I carted my journalism gear around in a backpack on wheels. I walked 61,693 steps since Sunday, or about 25.5 miles. I made it to most of the major press events, and I saw dozens of games that I liked.

And I’ve been able to come up with another list of my favorite games of E3 for something like the 20th time. This list of 15 games is in order, and I’ve struggled to keep it brief. Of course, Red Dead Redemption 2 will be one of the biggest games of the decade, but Rockstar skipped showing it off E3. 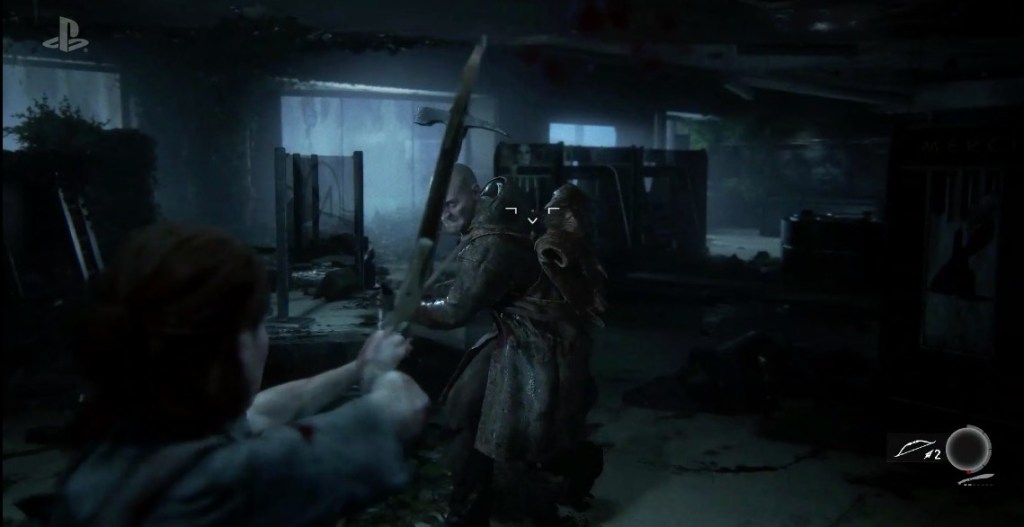 The Last of Us is my favorite game, so it’s no surprise that I loved the small glimpse that Naughty Dog revealed about its sequel. Sony showed us the gameplay trailer when about 3,000 members of the press were standing in a crowded sound stage that was built to look like a church in the game. But this game didn’t need the gimmick. It was truly an amazing video that shows the shy and guarded Ellie as she dances with another young woman. Then it cuts to a horrific scene where Ellie cuts the throat of a bad guy. She goes on to hunt and become hunted as she battles other humans in brutal combat in the postapocalypse survivalist world. Later, I spoke with the directors about this. In the spirit of the original, the combat is 1-on-1 and brutal, where every kill is a life-or-death struggle. It showed once again that the worst threat to humans isn’t the zombies but other humans. 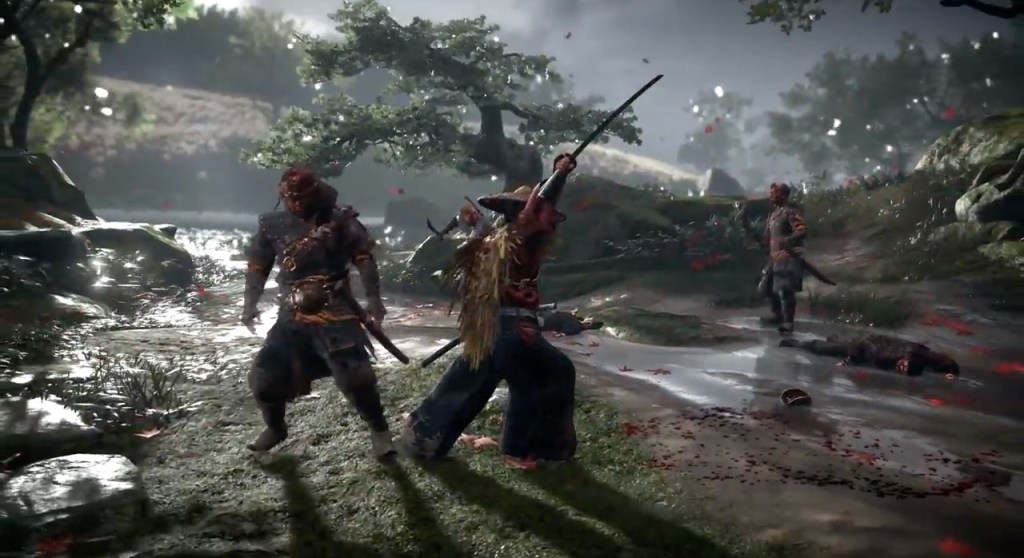 Above: Ghost of Tsushima

Sucker Punch is creating a true living world that replicates the feel of Japan in the 13th century. The graphics of this world — down to the maple leaves that fall from the trees — are among the best I’ve seen in a video game. The clouds move, the trees and grass sway in the wind, the surfaces reflect light, and the shadows fall in a realistic way. Add to that the extremely well done samurai combat choreography, and you’ll feel like you’re inside something like Akira Kurosawa’s film, The Seven Samurai. 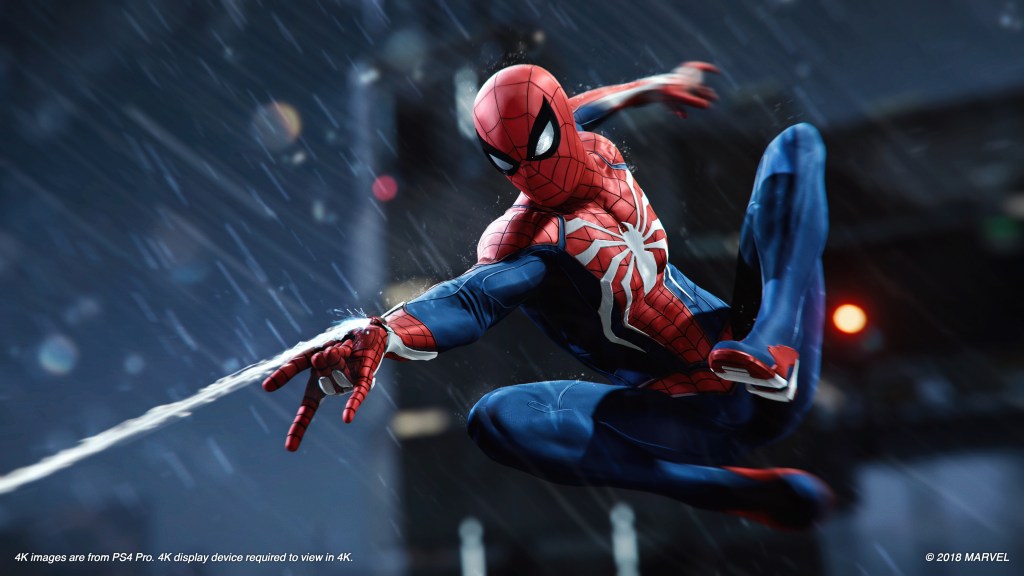 After a few years of trailers, I finally got my hands-on time with Spider-Man. It was worth the wait. Insomniac has re-created the city of New York for players to explore as Spider-Man. It’s easy for the webslinger to swing around the city on web ropes and traverse the city’s skyscrapers. The action is fluid and fast, though it’s far different controlling Spider-Man in combat compared to Batman from the Arkham series. Spidey can jump on bad guys or tie them up with webs and then beat them senseless. He also has to be on the lookout for arch villains. I ran into Shocker, and he was a tough one to bring down. I sure hope the story is as good as the environment of New York.

Husband-and-wife team Yoan Fanise and Anne-Laure Fanise had a great success making Valiant Hearts: The Great War while working at Ubisoft. But they quit their jobs to create a new studio DigiXart, in Montpellier, France. They’re creating a game about peace during the horrifying slaughter of World War I. The title has an Impressionist art style, and the original trailer cites the moving poem In Flanders Fields. Fanise hasn’t shown much of it yet, but he told me in an interview that it’s not about combat. It’s about the human impact of war, showing what the war is like for a Canadian soldier, a German soldier, a cat, and a pigeon. Fanise is setting up the game to make a powerful statement about war. 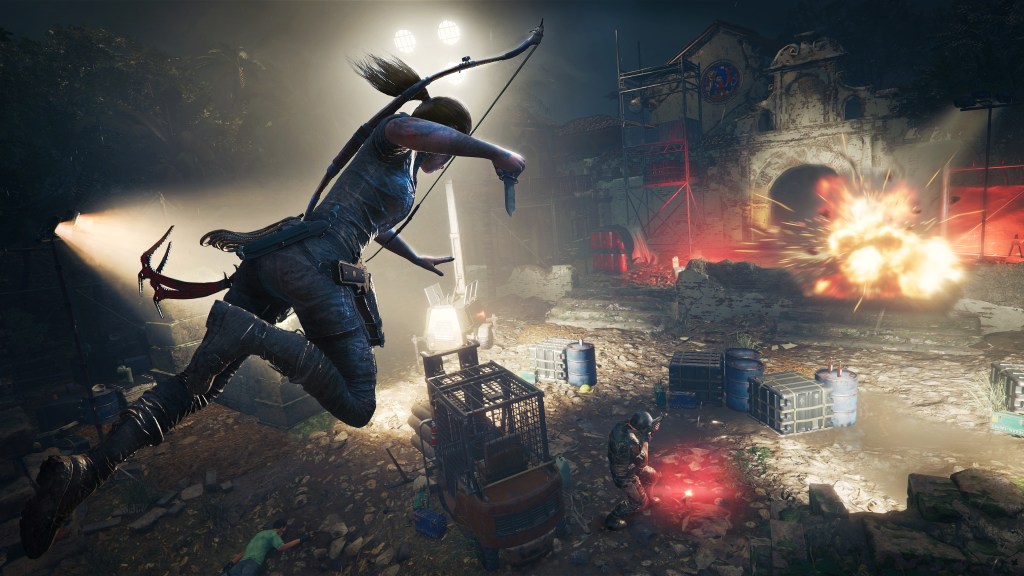 Above: Shadow of the Tomb Raider Compound Screenshot

Lara Croft has been back in her prime ever since Crystal Dynamics rebooted the franchise in 2015. Now in the third installment since the reboot, the once-vulnerable Lara has learned to become a masterful executioner when it comes to taking out agents of the shadowy Trinity organization, which killed Lara’s father. Lara rubs mud on her face and fades into the jungle, striking fear in the hearts of those she is hunting. Now she’s racing Trinity in pursuit of a treasure in ancient Mayan ruins, but she stumbles across something that can cause a worldwide apocalypse. The game has a mix of jungle stealth fighting and huge set pieces that you won’t want to miss. But Lara’s character transformation is the emotional core of the game. 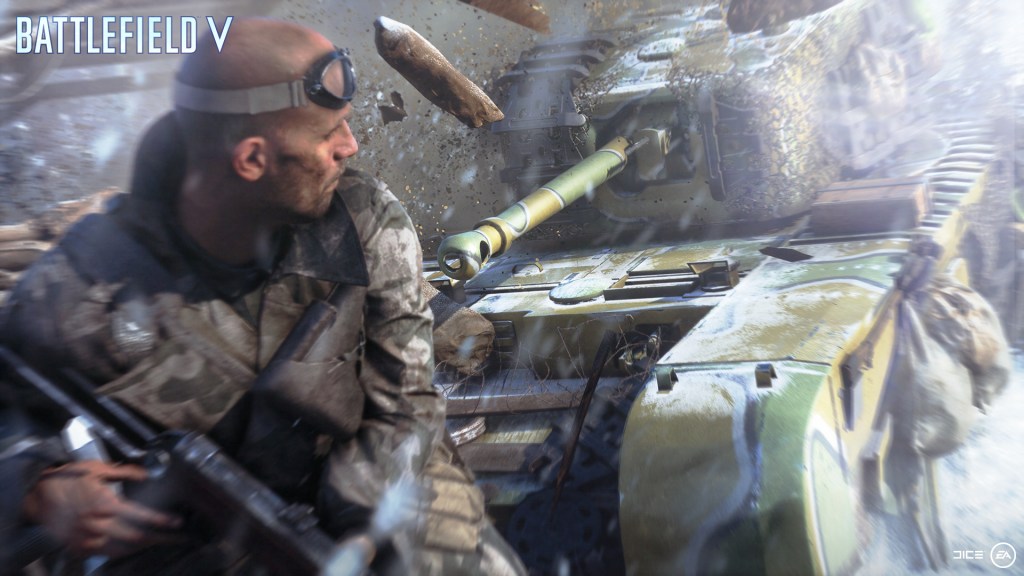 DICE is taking a big step forward with its World War II game this year, adding intricate physics that govern how things crumble or explode in the game. EA will have everything from a battle royale mode to the War Stories single-player campaign, and it will have amazing destructible environments. It will have vignettes set in Norway, Rotterdam, North Africa, and France. It’s going to be a solid entry in the first-person shooter environment, and I’m looking forward to both single player and multiplayer. 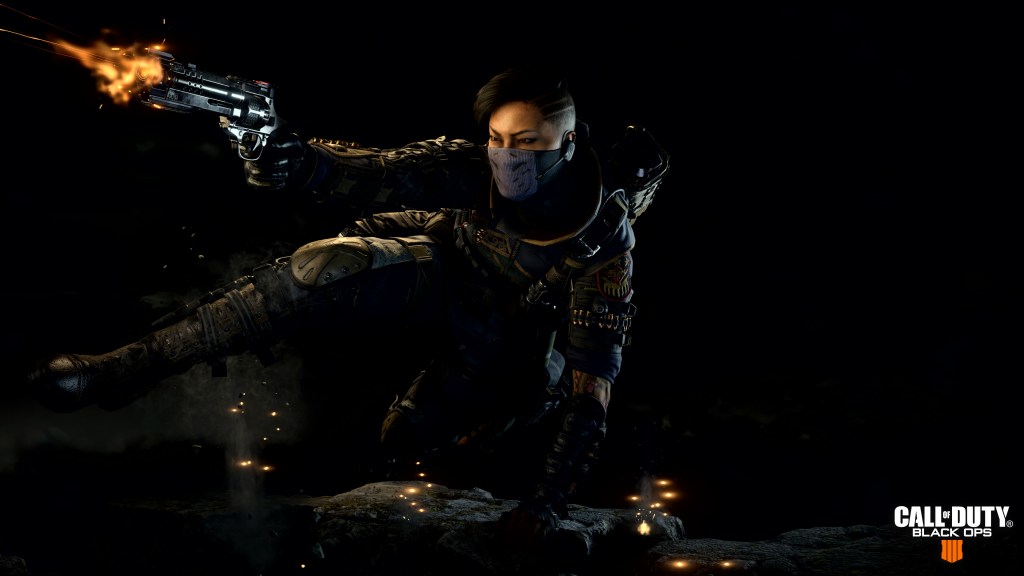 Above: Seraph in Call of Duty: Black Ops 4.

Yes, Call of Duty is on my list every year. And I’m worried about it because it doesn’t have a single-player campaign. But I played it at E3 for the second time, and I believe that it captures the core feeling of playing a Call of Duty first-person shooter game. The combat feels solid and familiar, and Treyarch has added depth to combat duels. When two players square off, they may not know if one is hiding and trying to heal themselves, if the other player will use a special ability, or if one will try to dislodge the enemy using a grenade. That means the head-to-head duels will be a battle of wits. 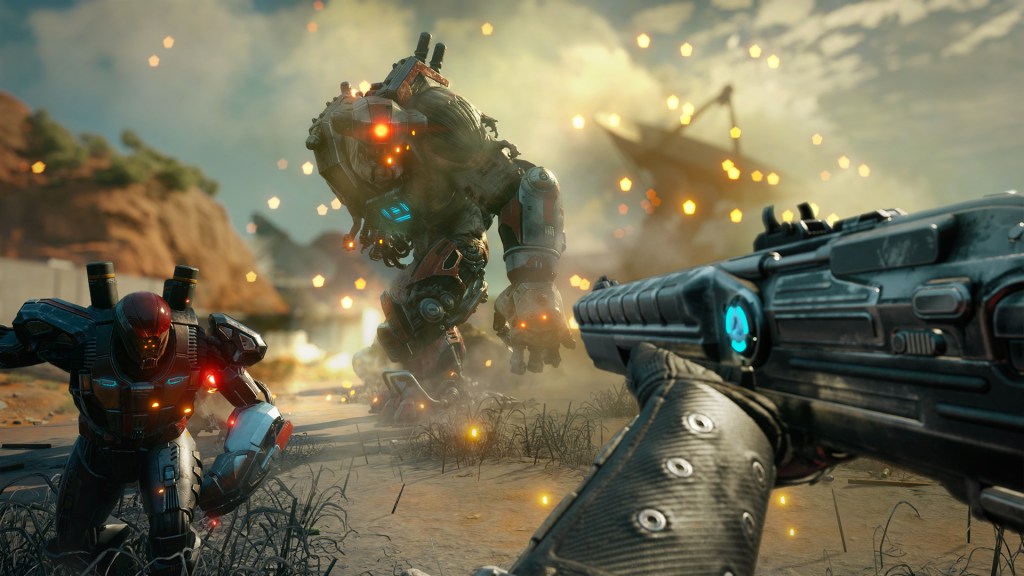 Another game that has weapons that feel right is Rage 2. Tim Willits, head of id Software, told me that his only guidance for the developer of Rage 2 was that it had to be crazy. It has that element of crazy, with the return of the insane show where gamers square off against a series of enemies in a carnival-like atmosphere. The game uses the color pink and the punk hair styles of the 1970s to differentiate its art from other desert-brown shooters. The environment of the post-post apocalyptic world has recovered since the nuclear war, and now some places are lush. 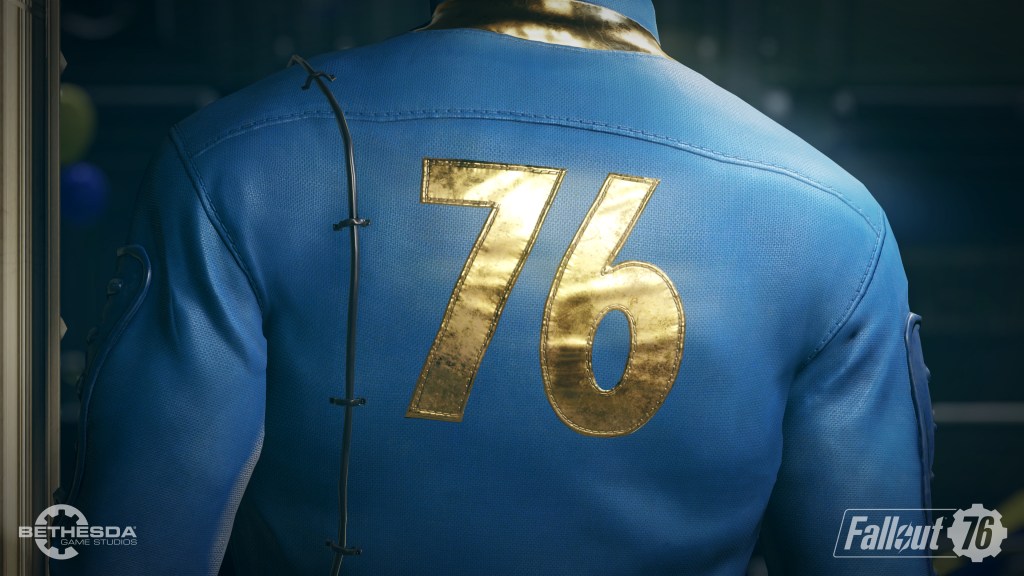 Fallout 4 was an impressive open world game set in the post-nuclear-war apocalypse. But the prequel Fallout 76 will have four times as much area as the first game. Each section of the multiplayer world will feature characters and stories that are designed to keep fans coming back. This one has that classic Fallout sense of humor, and one of the cool features is that you can find the launch code for a nuclear weapon. Then you can lob a nuclear missile at a city run by your archrival. It’s an amazing world, set in the mountains of West Virginia, with no end to the things you can do. 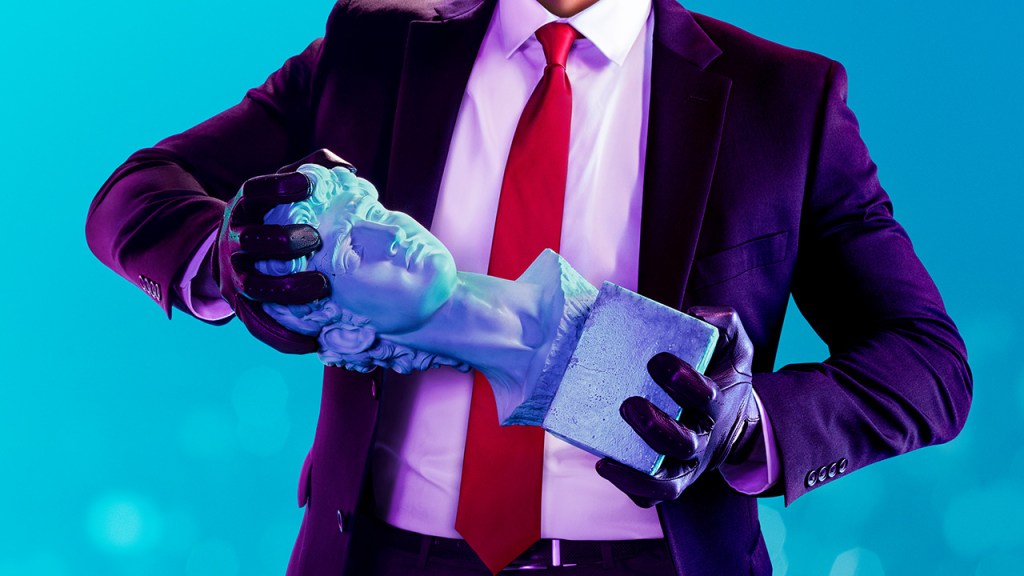 IO Interactive launched Hitman last year as an episodic game. It didn’t do well, and that prompted Square Enix to sell off IO. Warner Bros. picked up the studio, and the next Hitman should be both sublime and wacky. It has some amazing crowds that you must navigate your way through as you decide how to assassinate your target. On the wacky side, you can kill someone with a dead fish. I played a session where you have to assassinate someone at a race track without being caught. 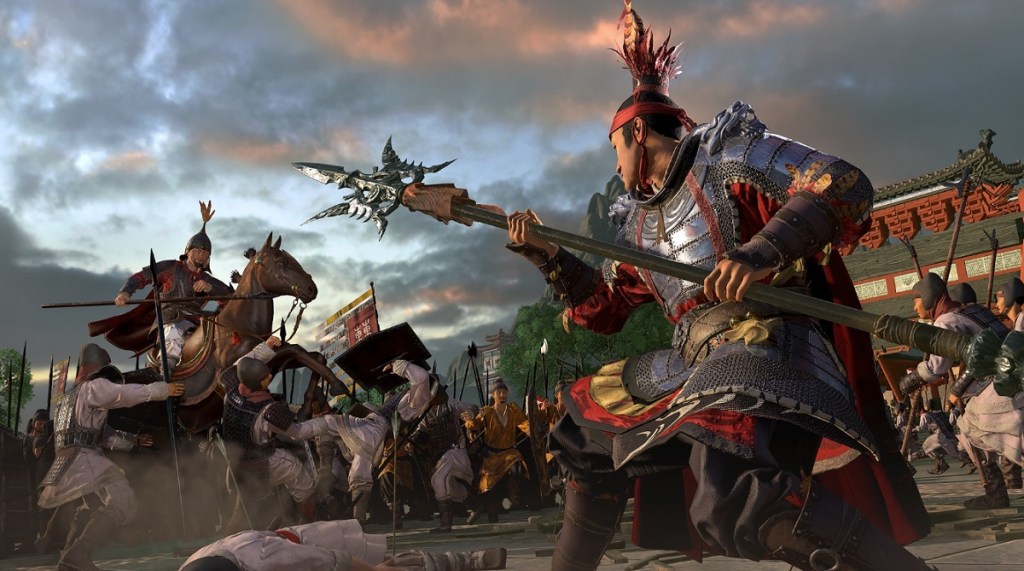 This game will balance historical accuracy with the Chinese cultural preference for including supernatural powers in the authentic mythology of the Romance of the Three Kingdoms. You can play historical battles, or you can engage in gameplay — such as single combat duels among warlords — that invokes the myths and makes the game more fun. It will feature a much more detailed graphics engine that allows you to zoom in on a single character or zoom out to see an army of thousands. 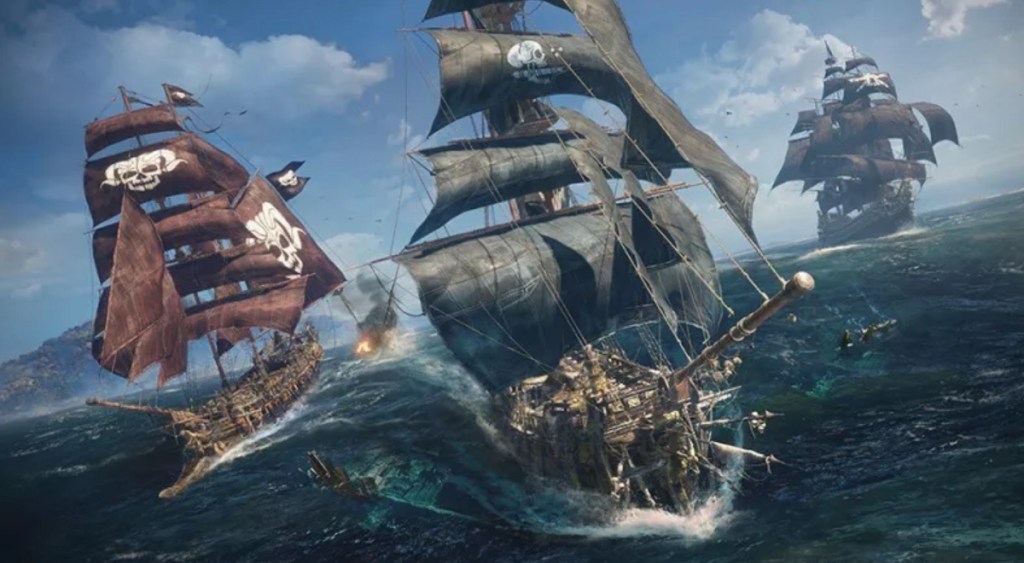 Above: Skull & Bones is looking awesome.

The developers of this game have created an accessible pirate battle game. The controls are really easy to use, allowing you to sail just by pointing a thumbstick. You can control the combat with another hand. If you are in range, you can fire a few times and see if you can take out a mast or get a hit below the water line. You can rotate from one set of cannons to another with just a right thumbstick move. The detail of the art work is amazing, and the ocean physics will make you feel like you are on the high seas. 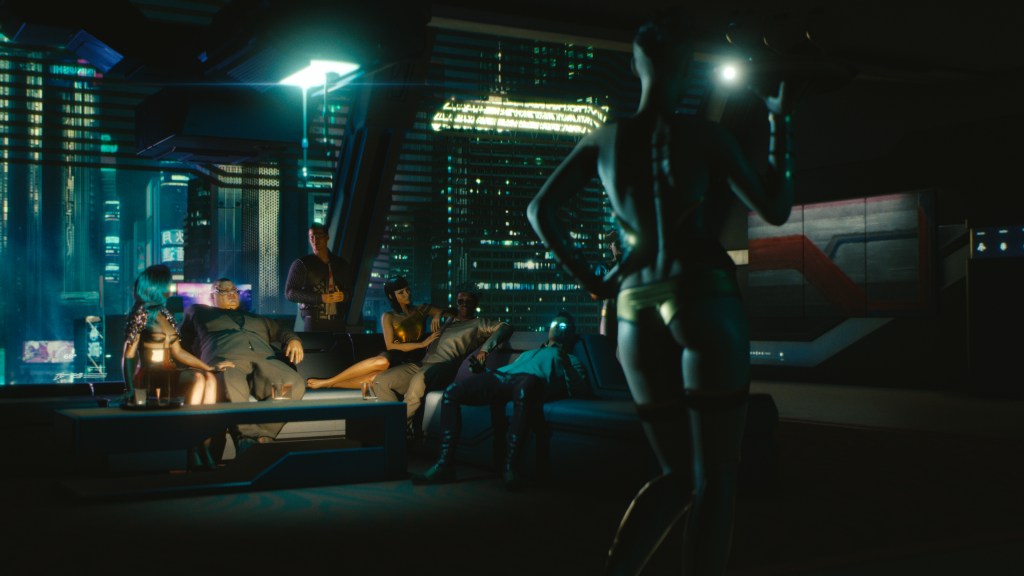 After the success of The Witcher 3: Wild Hunt, the Polish game studio is creating a vastly detailed role-playing game set in the future. The world looks amazing, and it reminds me of the details that Rockstar put into its Grand Theft Auto V game. Let’s hope that Rockstar has a new competitor in CD Projekt Red. 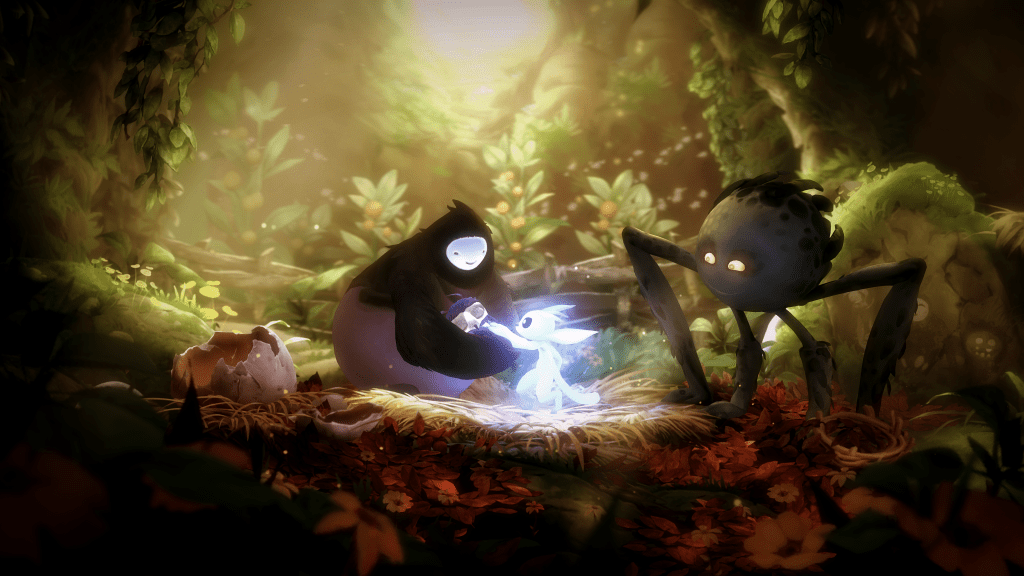 Ori and the Blind Forest was a beautiful game with an emotional story. Now the side-scrolling sequel will continue the story of the spirit guardian Ori. You’ll go on an adventure to find the world beyond the forest of Nibel. You can learn the truths of the lost ones and find out Ori’s true destiny. It will be fun to revisit the amazing visuals of Ori’s world again.