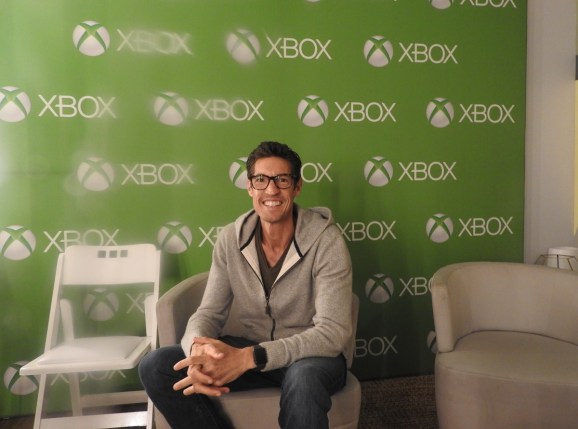 Microsoft made news this week as it announced it was buying four game development studios and opening a fifth. That’s part of the company’s plan to level up in the game business by making more of its own games for the Xbox One and Windows PC platforms.

At the tip of this spear is Darrell Gallagher, who is the head for the new game development studio, dubbed The Initiative, that Microsoft is opening in Santa Monica, California. The fact that Microsoft chose Santa Monica is interesting, as it is part of the bustling Los Angeles metropolitan area that is increasingly home to more game companies. It is also the home of rivals such as Sony Santa Monica Studio, which made God of War, and Treyarch, maker of this year’s Call of Duty.

I talked to Gallagher about what it takes to open a brand new Triple-A studio, and he said the company will recruit the best talent and work on games that no one else is making. Here’s an edited transcript of our interview. 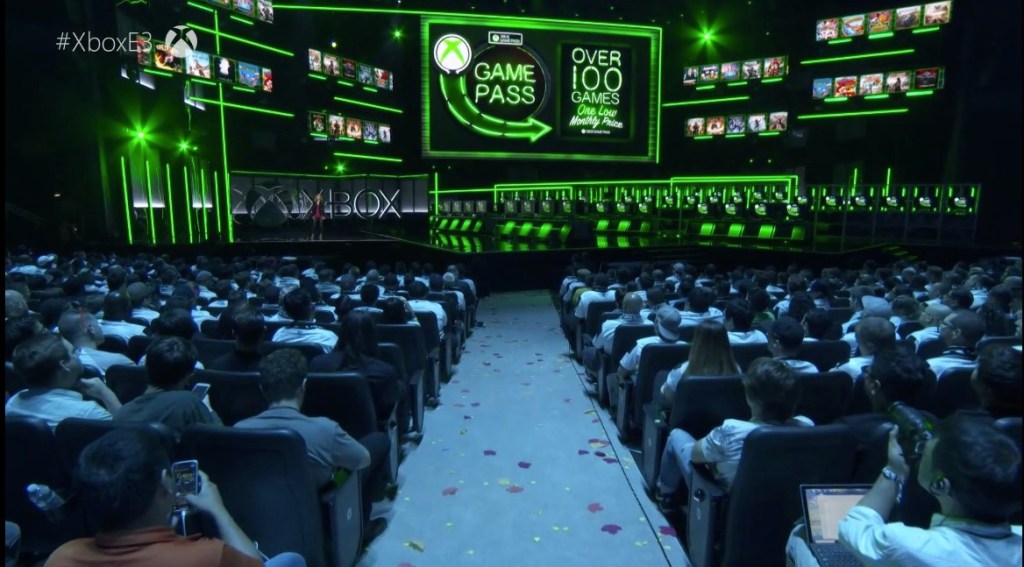 Darrell Gallagher: Really, for us, the first thing is we’re proud to announce that we’re launching this new studio, The Initiative. It’s a great E3 to announce at and be part of. Santa Monica is a great location. It’s a hotbed for existing and up-and-coming talent. That’s one great opportunity. Microsoft hasn’t got a presence there. We have studios around the world and a lot based in Seattle. It’s a good opportunity to leverage a location that has not just gaming, but a broader suite of entertainment as well, and look to broader entertainment to bring people in and start something new and fresh and exciting.

GamesBeat: It seems like a good solid ecosystem all by itself. You add to that — +not all of the studios here are always stable. There’s talent available.

Gallagher: There’s universities, too. It’s not just existing studios or other fields. It’s also looking at new talent coming in. It feels like a great location to be able to leverage and look at the diversity of options you have to bring people together to make something amazing.

GamesBeat: L.A. is up-and-coming in general, it seems like.

Gallagher: It is, it is. Even when I walk around downtown, I think, “Wow, it’s almost there.” It’s a real desirable place to come around and hang out. The investment and building of Los Angeles—the train systems are in place now. All sorts of things are changing.

GamesBeat: The bay area seems a little more mixed as where its fortunes are at this point. The rest of the world is catching up. Game jobs are spreading all over the world.

Gallagher: That’s the other advantage. I look at Santa Monica as a great opportunity to bring in not just the talent pool there, but to go beyond and look at different parts of the world as far as how we scale. These are big, big games we make, big properties we work on, and that scale and being able to leverage other parts of the world is a big part of what we’re thinking about as an industry.

GamesBeat: Do you have any particular purpose or focus you want to talk about yet?

Gallagher: In the briefing and beyond, in some of the post-briefing stuff—my focus is one of opportunity and trying to make something ground-breaking. I’ve been given the mandate and the freedom and the support to go do that. It’s almost the best of both worlds, where I get to go build something—I love building things. If you look at my history, it’s building IP, building studios, building teams, building entertainment. I love being able to build. To do that with the support of Xbox and Microsoft behind me, looking for ground-breaking new gaming pillars to work with in the future, it’s a great opportunity.

That’s really the mandate: make something ground-breaking. Innovate. Take those brightest minds in the industry and beyond and say, “What can we do in the future?” We have all this hardware, all these tools, all the creativity. As a gamer, we have the opportunity play games across every device in every place. For me as a creator, it’s awesome to be given the opportunity by Phil Spencer and by Xbox to go build something.

GamesBeat: Do you have any idea yet how many people you’ll have?

Gallagher: It depends on what we’re building. I don’t view it as a numbers game. I view it as, what do I think is going to be a great entertainment and gaming experience to build around? Then you back into the numbers a bit after. What would it take to achieve this? There’s no hard numbers at this point, as a result. It’s about creative minds together to explore the thing we want to go build. Where do we land this and how do we support it?

What I do know is that we’ve been given the support and encouragement to explore and find those opportunities. I know that, again, from my standpoint, it’s awesome to have the whole of Xbox and Microsoft supporting what we’re doing.

GamesBeat: What gives you the confidence that they don’t just want to start something up, see if it works, and shut it down if it doesn’t?

Gallagher: That’s absolutely not—I feel we have great confidence and momentum. Obviously you’ve seen what was announced. When you look at everything collectively, the momentum we have right now is really strong. The platform is really strong. The tools and tech, the support is really strong. From my standpoint, all the pieces are there to go make the next ground-breaking great gaming experience for the audience. I couldn’t be better set up than having that blank canvas with all the brushes and tools and being encouraged to go paint.

GamesBeat: It seemed like they set this in motion by putting Matt Booty in his position. His charter seems to be expansion. 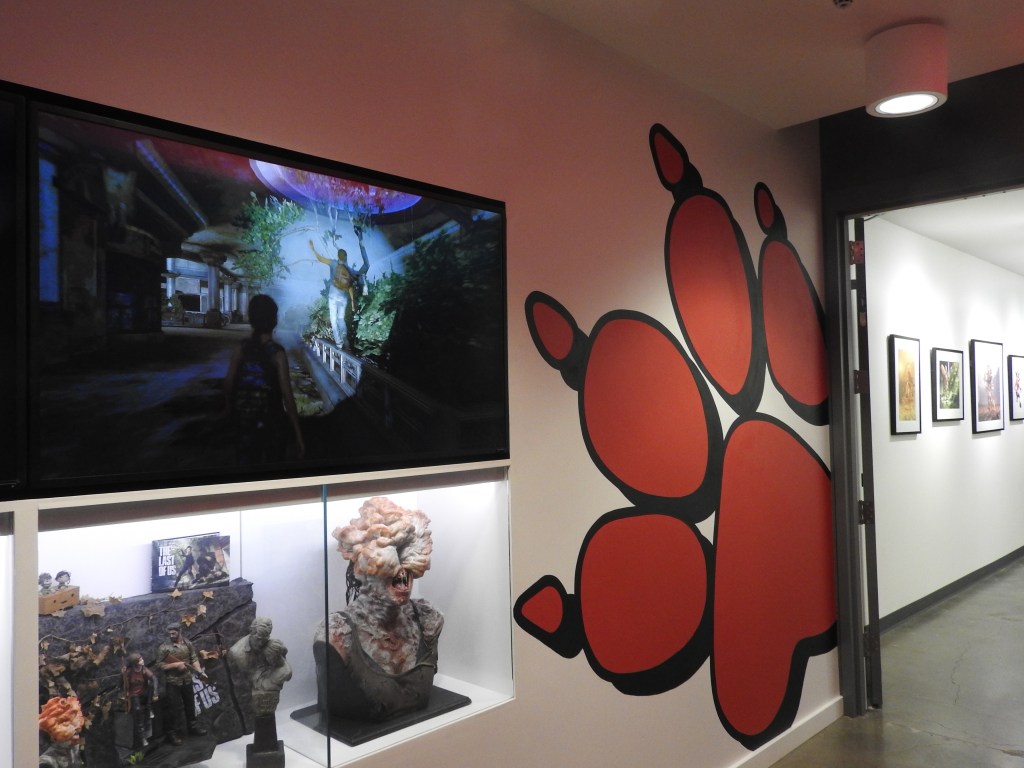 Above: The Naughty Dog paw print logo greets visitors to the company’s headquarters.

GamesBeat: You want to build something to rival Sony in Santa Monica, a Naughty Dog?

Gallagher: Well, I don’t know what they represent to you. I would like to build a Microsoft studio that’s called The Initiative and that stands in its own right.

GamesBeat: Does the name mean something?

Gallagher: For me, it means looking at things differently. It’s about taking the bull by the horns. It’s about projecting the future and making our own history. Really getting people that are like-minded around that concept of, “We have all the opportunity. Let’s take the ball and run.” That passion and the willingness to pioneer in the future and find out where we land is the spirit. “The Initiative” reflects that.

Gallagher: All this entertainment can coexist. The fact that there’s different ways of consuming music or TV or movies doesn’t mean that the experience type goes away. I think of it as experiences. Our experiences are here to stay. Whether that’s on console or mobile or whichever platform it might be, I think of experience type, and to your point, for a consumer there’s a vast array of options around playing games. It’s a great space to be in.

I don’t think it’s picking one versus another, or one can exist and the other can’t. It’s the same way as we have blockbuster movies still coming out in theaters just the same as we did 20 or 30 years ago, they coexist with other forms of entertainment that are vastly different. Nothing’s made blockbusters in the traditional sense immaterial or mute. They’ve evolved and had to change. I think we’re in a great place where we can pick different experience types for the consumer. It’s an awesome place to be in.

GamesBeat: I remember when Microsoft set up the Xbox Entertainment Studios down here, and it was more specifically about reaching out to Hollywood. It was all digital media. This doesn’t sound like that.

Gallagher: We’re here to make games. I’m a game maker. I love making games. I love making franchises. I love building game studios. That’s my heritage and my history. That’s what I’m passionate about. Obviously it’s early days. We’re just excited to be able to announce what we’re doing. The fact that we’ve got this opportunity—obviously there’s not the ability to drop a demo today, but hopefully we’ll come back together and talk about that when we get the opportunity to show you something.

Darrell Gallagher: There’s a bit of a black box and a dark art around game development, how it comes about. I wanted to get your opinion and your thoughts on opening that up and having a two-way relationship with people like yourself or an audience that can participate.