Facebook isn’t a game company, but it knows a lot about games and gamers. During last week’s Electronic Entertainment Expo (E3), the big video game trade show in Los Angeles, the company released data that showed the biggest interest in E3 was in the U.S. The most discussed games were Resident Evil, Fortnite, and Super Mario. Sony was the most-talked about game company, and The Last of Us Part II had the most buzz going into the show.

And another thing it has learned is that gamers want more immediate gratification. E3 was once a retail show where companies showed off games that people could buy six months later. Now it’s about getting a share of billions of eyeballs during the show and getting gamers to take some kind of action. It’s about live broadcasts of events such as esports tournaments or game reveals.

The company had a couple of booths at E3 where it streamed live broadcasts with influential hosts such as Andrea Rene (I went on stage with her for an E3 recap), Darkness429, MelonieMac, and StoneMountain64. It also touted its Women in Gaming initiative, and it hosted live panel discussions at E3 Coliseum.

I spoke about these matters at E3 with Leo Olebe, global director of games partnerships at Facebook, and Franco DeCesare, head of console and online gaming at Facebook. Here’s an edited transcript of our interview. 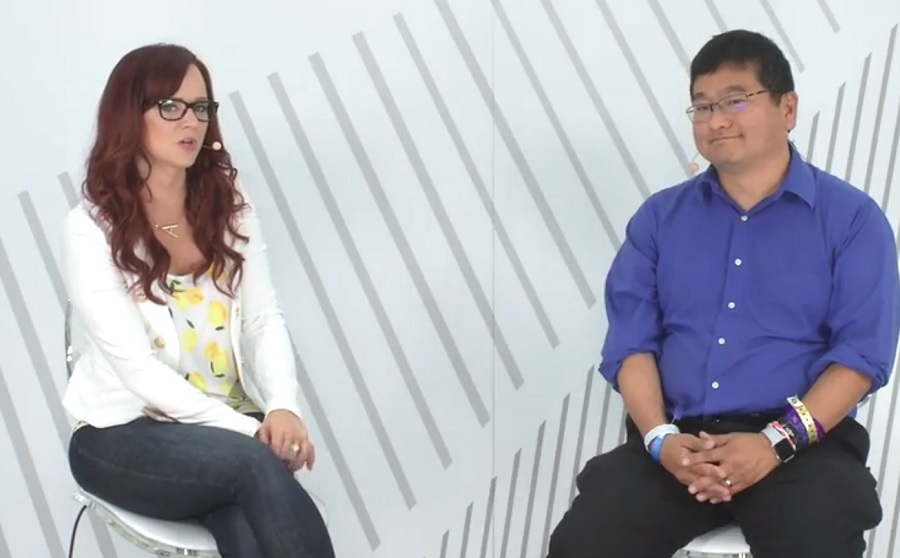 Above: Andrea Rene and Dean Takahashi on Facebook Live at E3 2018.

Leo Olebe: It’s a big year, a big E3 for Facebook, Facebook Gaming, all the different areas that we’re involved in the gaming community and the games business. We have our first ever creator presence on the show floor, which is a big deal. January we announced our Facebook Gaming creator program, and then just last week we talked about FB.GG, having a great place for people to go consume gaming video, screenshots, all sorts of games content. We have people in our creator booth, and we have a presence in the west hall lobby, and of course up here in the business center.

We’ve announced a lot of things in the last couple of weeks, but at the end of the day it’s just being more committed than ever. Every year we try to do as much as we can to give people the power to build community and bring them closer together. That’s Facebook’s mission. In our context we’re doing it with games.

Franco DeCesare: We’re also partnered again with the E3 Coliseum and the ESA. All of the panels have been streamed on Facebook. We’ve also integrated with our Women in Gaming initiative, which has a presence on the show floor. We’ve tried to integrate everything across the board. We have a panel on Wednesday night that Andrea will moderate, telling the story of women in the industry, how they’re thriving and driving more diversity in the industry. We’ve worked to talk about storytelling in the industry and how more women characters are part of that.

GamesBeat: It seems like more immediate gratification is part of the show. It used to be that, as a retail show, you were getting people excited about buying something six months later. Now you have live downloads right now, like Fortnite for the Switch. Everyone’s succeeded in bringing the eyeballs to the show, and then you want to do something with that, some action, whether it’s a download or an esports tournament or 100 hours of programming.

DeCesare: I think it breaks down to the conversation data we’re looking at. One thing that’s interesting, if you look at what we captured a month ago and what we’ve seen leading up to E3, and probably we’ll see what comes after—there’s a lot of franchises and games that are perennial. This is an industry that used to focus on each year’s games. Now you see that Minecraft is still up there. Fortnite is still up there. PUBG is still up there. These are games that are played ongoing, all the time. We see the community talking about them on our platform.

At the same time, it’s good to see some of the newer announcements and reveals in the last 48 to 72 hours still coming up. There’s still an ability to grab the conversation and make a splash. We saw Kingdom Hearts and Fallout on the list. But it’s interesting to see these gaming brands stay part of the conversation in the community. 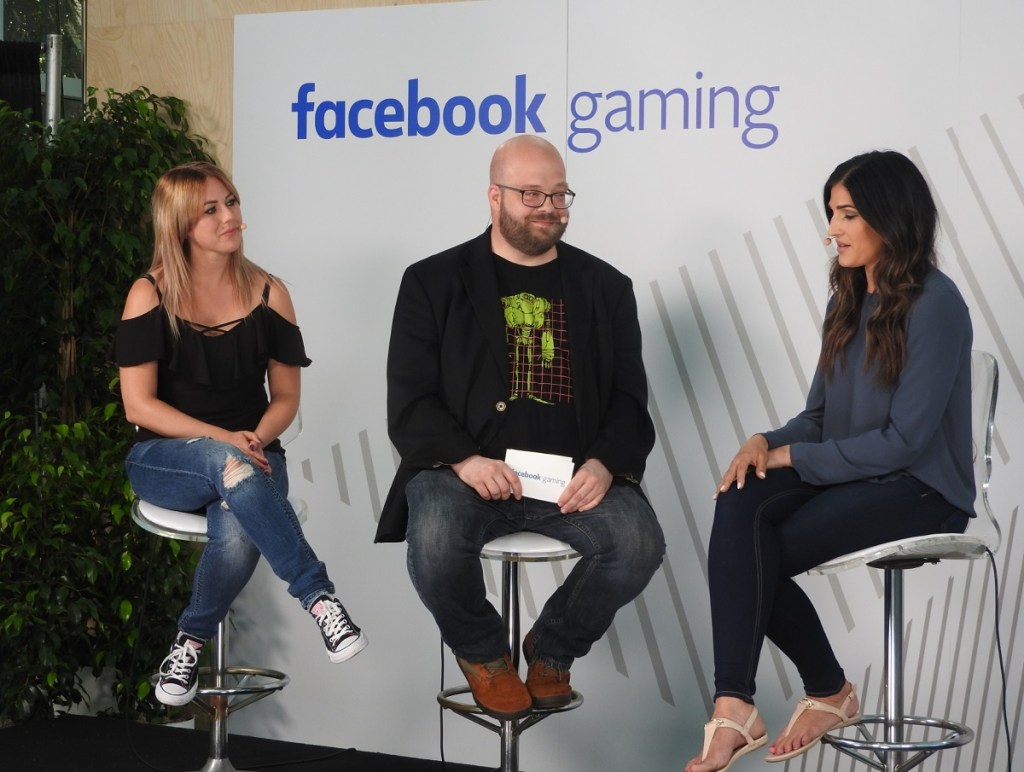 Olebe: It feels like future is here. That future being community at the heart of almost every single conversation and every single promotion we’re seeing on the show floor. To your point, no longer having to wait for those things, and understanding that what consumers want today—I want it on my device. I want to play what I want. I want to watch what I want. I want to do it all when I want to. It puts the community at the forefront, which is great for Facebook and Messenger and Instagram and all the things we’re doing in any number of ways.

It feels very familiar as well. I think of a lot of context around MMOs. I worked on MMOs for a long time. Those core community elements, letting the community lead the way with their feedback and ideas and motivations—it’s just a really exciting time.

GamesBeat: Do you feel like this plays into your plans, or do you have more things to do to accommodate that need for immediate gratification?

It’s a continuation of our core mission and what we’re trying to do overall, which is make it a lot easier for communities to engage with each other and support, promote, show off the games they love and care about. I feel great about it. As a company, we think this is a fantastic time to be in games.