It was time that Nintendo held a big show at the Electronic Entertainment Expo (E3) and revealed a lot of new games. But this year, the company decided once again to forego its in-person press event, and it chose to focus mostly on Super Smash Bros. Ultimate, the big fighting game coming out on the Nintendo Switch on December 7.

That was a bit of a disappointment, considering Nintendo had a smashing success with the launch of the Switch in March 2017. The company has sold more than 17 million units (as of March 2018) and more than 68 million pieces of software. It would have been nice to see a victory lap and a few more surprises out of Nintendo at this E3.

Nintendo went last among the big companies in launching its E3 press event, which took the form of an online-only Nintendo Direct broadcast. The audience didn’t get a chance to ask any questions. But I did interview Charlie Scibetta, senior director of corporate communications at Nintendo of America, and got a few answers about the company’s E3 thinking and its Switch portfolio strategy. 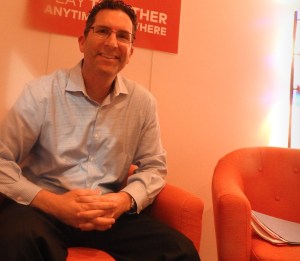 Above: Charlie Scibetta of Nintendo at E3 2018.

GamesBeat: What’s your approach to E3 this year?

Charlie Scibetta: Our approach for this show is great games that are going to keep the momentum going for Nintendo Switch. When we first introduced the system, it was all about a home console you could take anywhere, anytime, and a whole new way to play. We had great momentum in the first year. We’re the fastest-selling console out of the gate in the U.S. in that first 12 months, per NPD.

The way to keep momentum going for the system is with great games. We had great games year one, with Legend of Zelda: Breath of the Wild, Super Mario Odyssey, Mario Kart, Splatoon 2, and great third-party offerings. This year at E3 we’re showing games like Super Smash Bros. Ultimate and Pokémon Let’s Go Pikachu, Pokémon Let’s Go Eevee. Indie games like Overcooked 2. We’re confident we’re going to keep the momentum going because they’re the kind of games you’ll enjoy at home, but you’ll also love taking them on the go like you do with a lot of other games on Nintendo Switch.

GamesBeat: How has Twitter been to you guys this morning? Any trending comments so far?

Scibetta: I don’t have any read on social media specifically, but people are enjoying the games. They like the depth we went into on Super Smash Bros. Ultimate. We gave so much detail on that. If there was any question about what kind of game this was, it’s pretty much put to rest with all that detail that was explored by [Masahiro] Sakurai.

If you’re a fan of that series — this is a franchise over two decades old, over 40 million sales. If you’re a fan of a previous version of the game and you’re hoping that a character you’re familiar with and like to play with is going to be in this one, that’s not going to be an issue. Literally, every fighting character from every game that’s ever been in this franchise is in the new one, as well as new ones like Inkling and Ridley. Those are the two we’re talking about at the show. The ability to enjoy that game with something familiar or something brand new, we give you the option of both. 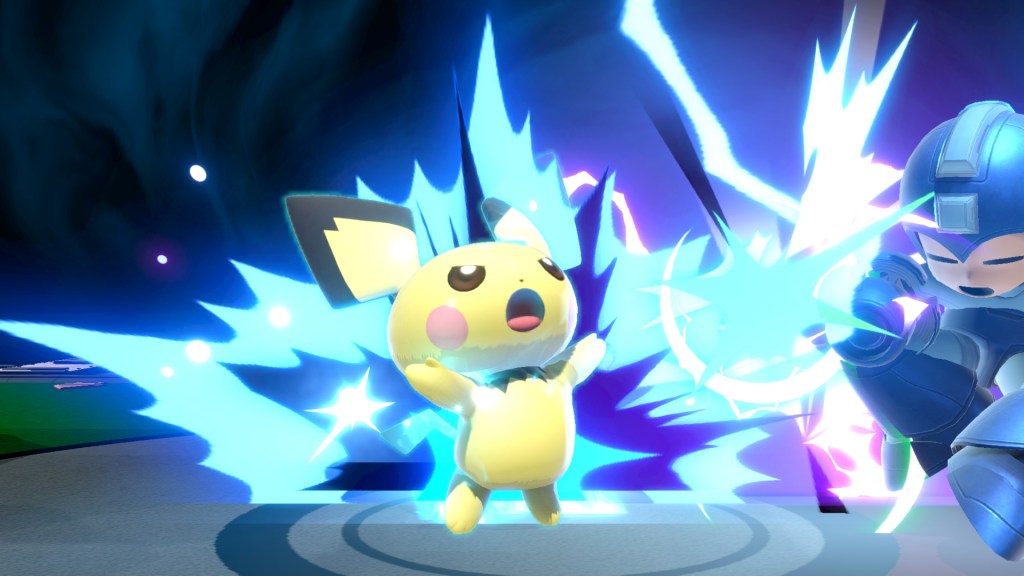 GamesBeat: Does it feel very similar to the last two years, where you had Zelda dominating one year, and then Mario the next, and now it’s Smash? Is that a reliable strategy for you?

Scibetta: Every year, we look at the content we have to show, and we figure out what’s the best way to bring it to life at the booth. Two years ago, it was Legend of Zelda: Breath of the Wild. We took the booth and turned it into an immersive world of Hyrule. It was literally the only game in the booth. Last year, Super Mario Odyssey — the booth was themed like New Donk City, and we had other games there, but if you walked in, you definitely got the impression that it was the Super Mario Odyssey year.

This year, it’s Super Smash Bros. Ultimate, but we also have a lot of other games too. We’re leaning on it heavily, and you saw that with the amount of time we covered it in Nintendo Direct. But I can tell you that’s been our philosophy the last three years. It was based on what we had to show that year. What we’ll do in the future will all depend on what we have to show next year and the years beyond. It’s worked out well for us so far because the games were deserving of that kind of focus.

GamesBeat: Would you say the eyeballs have been growing for the Nintendo presence at E3 in the last few years? Is there more Switch momentum making that happen?

Scibetta: I do think there’s more eyeballs. If you have a system that has momentum, people tend to gravitate toward it more. The first year of Nintendo Switch, we sold more than 17 million units worldwide, more than 68 million pieces of software. The fiscal year we’re in right now, coming up, we project 20 million hardware units and more than 100 million software units. There has been more interest in us this year because we have momentum.

People want to know if we can sustain that momentum. We’re optimistic we can with games like Super Smash Bros. Ultimate and Pokémon, along with the Pokéball Plus accessory. It’s really going to be a cool way to experience Pokémon, the interactivity with Pokémon Go.

When it came to two years ago, with Legend of Zelda, I think people just love that franchise. We hadn’t even launched the Nintendo Switch then. The IP alone at that point pulled people into that booth. Last year, Super Mario Odyssey being the primary focus, and then this year, people are interested in what software is going to power the system. It’s a combination of software and hardware this year, whereas two years ago, it was primarily Zelda that brought them in.

GamesBeat: Is there a reason you’re continuing the Directs online as opposed to in person?

Scibetta: We decide each year what to show in the booth based on the content we have. We also do the same when it comes to what we want to do in Nintendo Direct or a presentation. In the past, we’ve done presentations where we brought thousands of people together and demoed live on stage. With the last four or five years, we’ve done more of the video approach. It’s really whatever we think is the best way to bring those games to life.

We think that Nintendo Direct recently has been a nice way to do it because we’re able to package interviews and gameplay and fine-tune it, so it’s a nice tight presentation. It’s an efficient use of time. It’s a good way to bring these games to life in a video format. In the future, we might go back to a presentation. We might stick with video. We might do something completely different. But it’ll all be based on what we have to show that year.

Above: That’s a self-driving cardboard car.

GamesBeat: Something I’ve noticed ever since Bethesda did Fallout Shelter is that there’s a more real-time nature to E3. Today, with Fortnite going out at 10 a.m., ready to download, it feels like there’s more awareness of — immediate gratification is now the thing to do. You have esports events as well. It’s interesting how E3 is transforming toward more immediacy.

Scibetta: There’s something to what you’re talking about. Certainly with us and Fortnite, it was exciting to be able to partner with a company like Epic and be able to feature it in the Nintendo Direct and have it literally available right after the Nintendo Direct was over. People didn’t have to wait. In the past, it’s often been the case where you would announce a game three or four years out. You’d do that slow build. We find it’s better sometimes to have a shorter time between announcement and when the product is available.

Take an example like the Nintendo Switch itself. We announced that and showed the first reveal in terms of what it could do via video in October 2016. It was available to purchase in March 2017. That’s for a console. It’s a very short time frame. One reason was because we wanted to be able to control expectations. If you announce something too far out, you sometimes get unrealistic expectations because of such a long wait. We like to surprise and delight as a company, and one way we do that is [to] decrease the amount of time between when we announce something and when it comes out.

That’s not always the case. Last year, we talked about Metroid, and we’re not featuring that at the show this year. Sometimes, we’ll mention a game just to give fans a little taste and let them know we’re working on something because they’re really eager for it. But more often than not, we’re trying to decrease that amount of time, as opposed to talking about something that’s three or four years out.