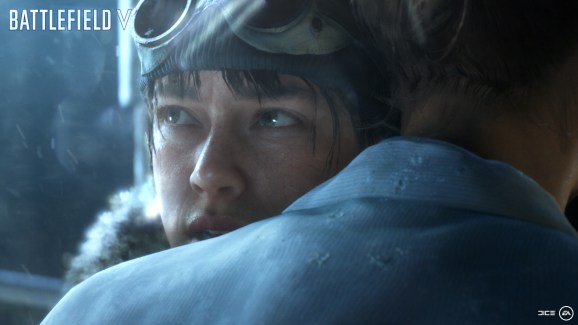 I have never loved a Battlefield game. One of the biggest barriers for me was always character movement. Getting around — especially clambering through windows or over obstacles — never felt as smooth and buttery as Call of Duty. It wasn’t awful in Battlefield 1 or its predecessors, but Infinity Ward and Treyarch had something better than DICE. But while spending 90 minutes with Battlefield V at the EA Play event in Hollywood prior to the Electronic Entertainment Expo last weekend, the shooter clicked for me — and that’s because DICE has made drastic improvements to character movement.

Battlefield V is due out October 19 for PC and consoles. It takes players back to World War II with single-player vignette story campaigns, cooperative quests, and a battle royale mode. During this session, however, we spent all of our time in the Grand Operations, which are multiple-day and multiple-map missions where your results as the attacking or defending team on day one affect what happens on day two. This mode is massive, and it works well because your actions have consequences beyond a screen that pops up and says your team won at the end.

But I started having fun right away and was able to get into the flow of the match so easily because everything about character traversal felt so good.

Sprinting has a nice version of the roadie-run effect with a camera that bounces and sways realistically. Moving while aiming down sight is slow, but it is still quick enough that you feel like you can make necessary adjustments to get a kill.

Moving through tight spaces is the biggest improvement. Your character can whip around a corner in tight, controlled 90 degree turn where your speed carries through the entire way. This is great if you are playing cat-and-mouse with an enemy, and you can always hop out a window by or over a barrier with a tap of a button. And the animation and transition from standing, walking, or running is all seamless from the first-person perspective.

But DICE has put even more magic into its movement animations when you are looking at other players. While everything always looks a certain way when you are running your character through a puddle, over a fence, or whatever, others will see your soldier diving, kicking up their feet, or rolling. The animation is dynamic based on a number of factors including your speed and the terrain. For example, if your character runs through a creek, they will lift their legs up high to not drag their feet through the water.

So the movement feels better than ever, and it looks astounding and immersive. I didn’t want to stop playing when the EA Play event was done, and I can’t wait for Battlefield V to launch so I can get back in and enjoy some more of that WWII action.