PlayerUnknown’s Battlegrounds (PUBG) is changing the world of gaming with nearly 100 million daily players. But creator Brendan Greene and PUBG Corp. development head Taeseok Jang are trying to stay focused on improving their battle royale game across the PC, consoles, and mobile devices.

I sat down with Greene and Jang at the 2018 Electronic Entertainment Expo (E3), the big game trade show last week in Los Angeles. In the interview, Greene said the 300 developers at PUBG Corp. and its owner Bluehole in South Korea are focusing on making the game more stable, building up the systems to enable easier game modding, and adding new maps to keep the players coming back.

The creators say they’re less concerned with the rising popularity of rival game Fortnite from Epic Games as they are with making sure that they make their players happy. Ultimately, Greene wants PUBG and the whole battle royale genre to become a lasting esport over the next decade.

“This year, it’s really about stabilizing the game and figuring out the right way to move forward with a system for esports,” Greene said. “We’re trying to build a platform here for game modes, rather than just being a battle royale game. That’s the real thing.” 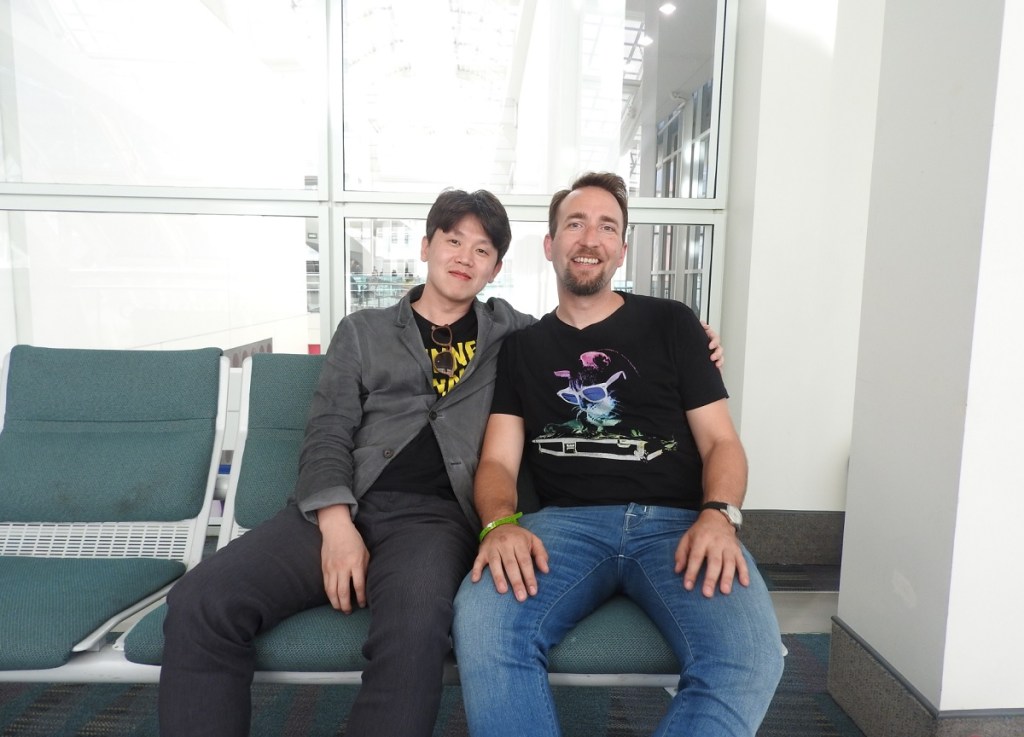 GamesBeat: Has it been an interesting E3?

Brendan Greene: Yeah, I’m getting to see some games this time. It’s been good.

GamesBeat: Battle royale is a big conversation here. Almost every time I talk to somebody, it comes up. I saw your talk at the Game Developers Conference, which was very good context for how long you’ve been working on it. What do you think it means for the game industry?

Greene: I get asked that a lot. I really don’t know. We’re going to see an explosion of battle royale type games this year. It’s a popular new concept. I think everyone wants a bite of the pie. But I couldn’t possibly comment on what it means for gaming. It’ll be interesting to see what comes out. I’m interested to see what kind of spin people put on it.

GamesBeat: There’s one common thing I’ve heard, which is that it’s more like a mode as opposed to a genre. Maybe every game will have this mode. If it’s a genre, there may be only a handful of survivors, like with [MOBAs — or multiplayer online battle arenas].

Greene: It’s going to be interesting to see what happens this year. I see the comparisons a lot. There’s this explosion that happened in the same way around MOBA, in the same way around World of Warcraft. We just hope to sell our game. This year for us is about stabilizing what we have and building up the systems to create a quicker path for game mods.

Above: PUBG is a hit on PC and Xbox One.

GamesBeat: As far as the style of the game, how would you say it’s unique? It’s much more military than, say, Fortnite.

Greene: We’re a realistic battle royale. It was always my dream. I wanted that realism. But it’s not super realistic.

GamesBeat: Is that because of where you come from?

Greene: We like realistic battle royale. It’s a nice style to work in as an art team. You can draw from reality. It’s not pure fantasy.

Taeseok Jang: Our game isn’t particularly military in style, but it is based on real life, based on stuff you can see in real life. I think this resonates with players more than a hardcore military game as far as visuals — if not gameplay. Military-based games are usually aimed more at hardcore gamers while PUBG has a more general approach.

Greene: It’s realistic, but it’s not too heavily a simulation. It’s more like playing a movie. It’s more simple.

GamesBeat: You don’t run around with a frying pan in Arma.

Greene: Well, that’s where you originally got chicken dinners, but — that’s where the phrase came from, when I started on Arma 3. We put in, “Winner winner chicken dinner,” and that’s carried on. Originally, it was used in H1, their battle royale mode, but once they moved to King of the Kill they used, “You are king of the kill!” That was a joy to me. I could use it again because I love the phrase “Winner winner chicken dinner.” Being able to use it in our game is great.

GamesBeat: Why do you think it took off more in the PUBG form than in earlier form?

Greene: It took off in H1. H1 was a success by any means. They had 150,000 concurrent users at one stage. They got the battle royale game mode in front of people. When it was a mod for Arma 3, that’s just inherently hard for the average consumer. It means they have to download the mod files. They have to add that to the game. Most people don’t want to do that. They just want to play it.

Why PUBG overtook all of them, I really don’t know. I think it’s because we give people the freedom to play however they want. It’s a shooter, which people like, but it’s a non-linear shooter. There are no rules.

GamesBeat: Do you feel like it’s a refined game? It’s gotten criticism for being buggy at the beginning, but it was a refined concept that you’d worked on for a long time.

Greene: This was our plan. It’s a multiplayer game. Working with the community is important for us because it helps us tune the gameplay and balance. But of course, making games is hard. They’re going to be buggy, especially in early access. The game was in a beta state. But it made for great YouTube videos. Bugs can be fun. We’re committed to really improving the experience for everyone and getting to [a] stable place. We hope to stabilize it this year. We had to work hard to get balance in the gun play, and now that things like that are getting there, we can really start to polish and make the game stable for everyone. 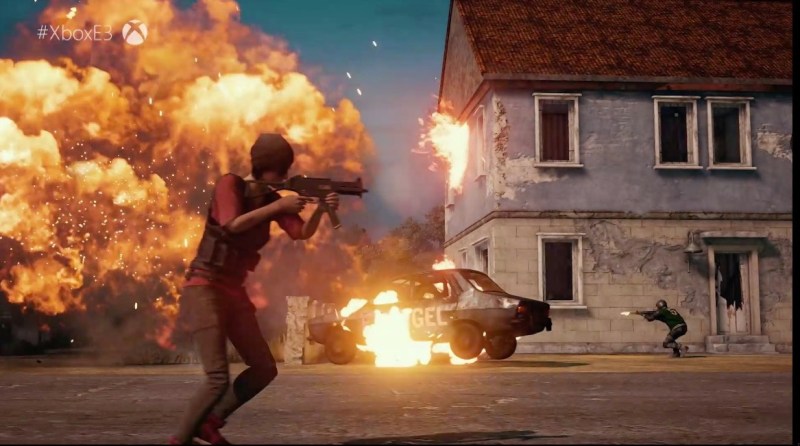 GamesBeat: How big is the whole team now?

Jang: The teams are growing really fast. Right now we have more than 300 people across the world in different offices. We’re going to create a dedicated team that will work solely on game stabilization. Also, we need to push out more content for users, so we need to have a team dedicated to that as well. We’re trying to strike a balance between stabilization and new content.

GamesBeat: As far as updates go, new maps seem like a logical course. What else do you want to deliver over time?

Greene: The new maps, the new battle royales you’ll be able to fight — we have Sanhok coming out on June 22. We have a snow map, a winter map, sometime later this year. With these new maps will come new weapons and vehicles as well, to give more variety to the content. But really, we want to polish off what we have already. We have our custom game mode, and we want to give players more granular control over what they can customize. There are game modes like war and the zombies mode we showed last year, and we want to get that in the hands of more players, so they can start playing around and putting their own spins on the modes we’re setting up.

GamesBeat: How does mobile complicate all of this?

Greene: We’ve been lucky because we have a great partner in Tencent. Their studio, LightSpeed and Quantum Studios, it’s a great studio internally there, and they’ve been a great help getting the game onto mobile.

Jang: The growth of PUBG mobile is a great thing for us because it proves that the battle royale genre is something that can be loved by players across all platforms. It’s hit that point. Across all the platforms that PUBG is on, around 100 million players are playing our game every day. That’s pretty awesome. The next step for us is to think about how we can deliver a better experience to our mobile users.

GamesBeat: Do you worry about how you want to make the game distinct from Fortnite?

Greene: It’s not even on our radar. We’ve been doing this for two years. We’re a realistic battle royale. We have our own roadmap. Fortnite’s doing their thing, and that’s wonderful. We’re focusing on our game. We’re a different game to them.