GamesBeat: Do you think about holding on to the audience when everyone starts following you — like Call of Duty and Battlefield?

Greene: That’s why we want to expand our platform. We’re not just a battle royale game. We’re more than that. We have our custom games. We have three maps now. We’ll have four by the end of the year. We’ll have more. We have such a wide range of weapons and vehicles. That’s how we stand out from anyone else that comes along, with the depth of gameplay and the depth of our universe. PUBG is a platform, rather than just a game mode.

GamesBeat: As far as making it more widely appealing, is that on the list of things to do? Is that possible, given the stylistic choices you’ve already made?

Greene: I think our game is pretty popular. Of course, you can ask if we want to appeal to kids, go down that road. We have a pretty realistic battle royale, but it’s not overly gory. I think we appeal to a pretty broad range already. Meeting fans at conventions like this, I’ve met people in their 50s down to parents bringing their 15-year-old kids to meet me. It’s a wide range of appeal already. Sure, other games are what they are, but we have a roadmap here. We have what our game is. We want to innovate with the game modes, but we’re happy about where we are.

Jang: Talking about expanding the PUBG universe, this is definitely not something we anticipated. Although we’ve been working on the game for two years, that includes the early development phases. It’s only been one year since we launched into early access. One year is a really short amount of time, and during that time, the total number of registered players on the PUBG platform has reached around 500 million. It’s not easy, but we’re trying our best. We do anticipate expanding the PUBG universe beyond what we have now. We’re just having a hard time catching up. 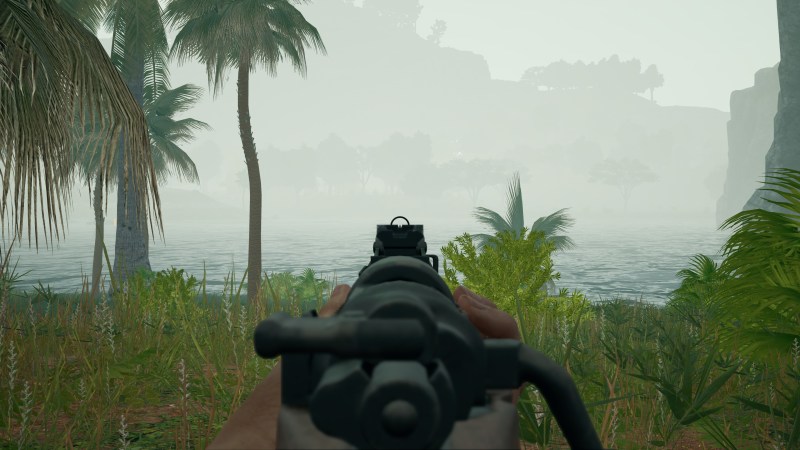 Above: Fog in a match on Savage.

GamesBeat: Why do you think people like to watch PUBG so much?

Greene: I think it’s the flow of the game. There’s that down time. Some guys here told me that they … play on their Saturday nights with their frat buddies that they haven’t seen in years. There’s that bit of action, and then, some down time, action, down time. That flow through the game draws people in. You can have a conversation. It’s not all action all the time, crazy all the time.

I think that’s why it’s watchable as well. From a content creator’s point of view, you have that down time. You can interact with chat, interact with your viewers. Even that flow of our game works well on mobile. It’s not all action all the time. You can spend time running around and finding things. The pace of the game is well suited to make it a spectator sport.

GamesBeat: Dennis Fong, Thresh, said that a lot of CEOs engage in networking in your game.

Greene: That’s it! I hear dev studios have little areas set up. I met the guys from CD Projekt Red, and they love the game. They play it every Saturday night or whatever. It’s crazy.

GamesBeat: Is it interesting to see all these ways it’s affecting culture?

Greene: It’s surreal. When they started two years ago, there were 30 of us trying to make this game in a year. We got it out, and we never expected to see the reaction. Literally, a global phenomenon. It’s nothing we ever expected. We thought we’d see some success. We thought we’d do fine. But not like what we’ve seen. Look at the pan. “Praise the pan.”

GamesBeat: You see other kinds of media and content appropriating now. They’ll reference PUBG to seem like they’re cool.

Greene: Wreck-It Ralph 2 had a frying pan. “Good for frying chicken.” That’s insane to me. In Deadpool 2, there’s a scene where he kills a guy with a frying pan, and I’d like to think that’s a nod to our game, but I don’t want to be that presumptuous. But seeing that level of response, it’s insane to me. I never expected this when I started.

GamesBeat: Do you think it really works as an esport already, or there are things that could be done to make it more competitive?

Greene: We have to do more. Look at [Counter-Strike: Global Offensive]. They’re tweaking the game to this day. [League of Legends] has famously tweaked the game to make it verge on unplayable.  This is an ongoing process. Last year and this year, we’re trying to figure out the right systems. But as an esport — you hear the comments about randomness. Hearthstone is a random game. Played at that level, the randomness really doesn’t take effect. It’s a much fairer game. The loot system, the balance we have, it works for the numbers.

This year is all about finding that right system where we can say, “This is what PUBG will look like as an esport.” We’ll provide guidelines. It takes time. Some of the great esports out there took three years to really stabilize the platform. People sometimes expect things overnight, but great things take time.

GamesBeat: How long have you been working on it now?

Greene: Two years. It was my 40th birthday on the 28th of March, the day I came to Korea and started working. It’s been good. A hell of a two years.

GamesBeat: With this much success, it seems like you have some interesting business choices.

Greene: I don’t envy our CEO. 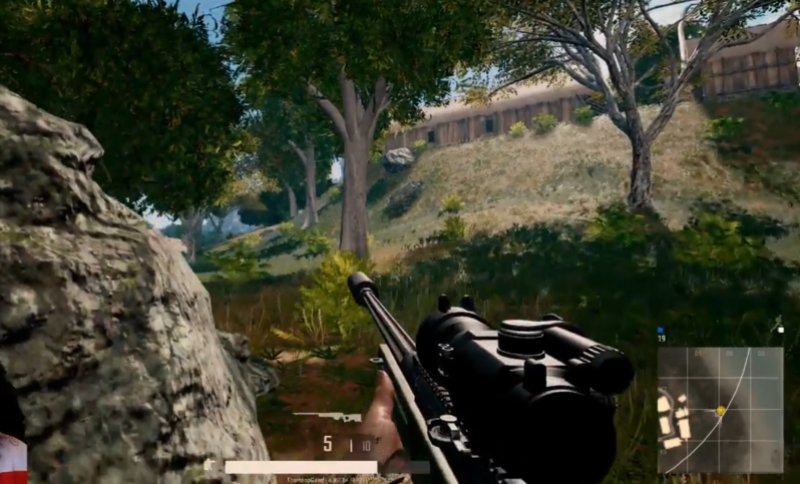 Above: The smaller map is a major shift from Miramar.

GamesBeat: I wonder what kind of conversations you start having when you have this sort of — you could do anything now. You could hire lots of people and make lots of different games. You could do a kids’ version of PUBG. What kind of choices arise from having so much success?

Greene: Oh, for sure. But luckily, we believe in taking baby steps, never anything too fast. Yes, we have some success now, but we don’t want to squander that success. Instead of doing 100 new games, we’re going to finish the one we have first and get to the endgame, where it’s considered an esport. That’s always been my view of what battle royale could be — is an esport. I’d love to see PUBG a considered esport. We also want to make that platform for game modes. We have quite realistic goals on this. Yes, we do want to dream, but it’s easy for success to disappear. We want to seize on it and make sure we build a stable platform for ourselves and a foundation to grow on.

GamesBeat: As far as the esports aspect goes, could it be hard to watch because you have so many players?

Jang: When it comes to PUBG competitions and esports, it’s very important to show the dramatic gameplay and the more entertaining scenes, but that’s difficult because so much is going on. We’re getting better at showing those more interesting moments from PUBG games. We’re partnering with many different organizers and also working internally on our own broadcasting capabilities. The goal is to improve the viewing experience for PUBG esports, and our numbers show that viewership for the game is actually increasing.

GamesBeat: Do you feel like the most fun is actually in just the last couple of people, or do you think that misses a lot that goes on before?

Greene: No. Again, it’s capturing all the action. It’s like golf, where there’s 30 people on the course, and you’re trying to capture all the stories. That’s what’s important about battle royale, telling the story. I don’t think it’s necessarily always at the end or always in the action. It’s telling things like, look, this team started out really poorly, but then, they found a care package and so on. There’s that story to tell. That should be what we’re aiming for. That’s what I think makes it viewable. It’s easy to understand. With our game, it’s a guy who has to stay alive and beat out everyone else. 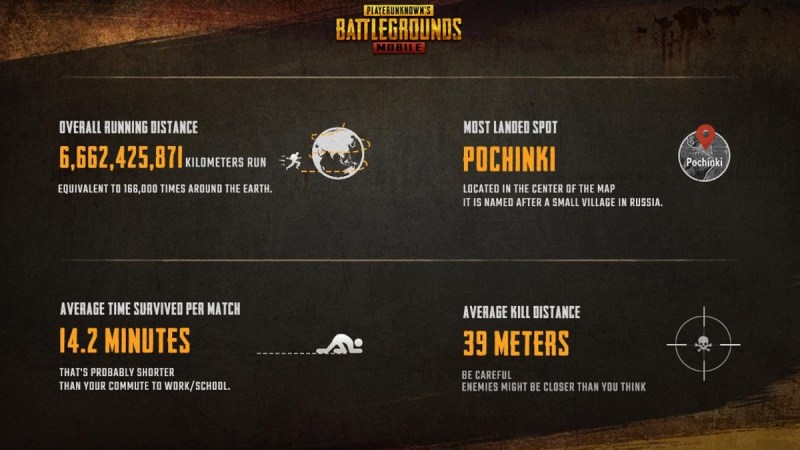 GamesBeat: Do you think you’ve replicated something from popular culture like The Hunger Games, or do you feel like you’re going in a very different direction?

Greene: Well, the hint is in the name, battle royale. I hope I’ve emulated the movie even slightly. But it is that idea of — it’s not a new concept, the last-man-standing deathmatch. I think people love playing against other people. People want to prove that they’re the best. I think that’s what the game mode captures. You’re not competing against AI. You’re competing against the mind of someone else. That draws people in, I think.

Greene: This year, it’s really about stabilizing the game and figuring out the right way to move forward with a system for esports. As I said, we’re trying to build a platform here for game modes, rather than just being a battle royale game. That’s the real thing. It’s going to take time. Sometimes, we have performance issues or bugs, but it’s always being worked on. Three-hundred people worldwide may seem like a lot, but it really breaks down that we still need to hire more people. We still need to build out that team. It takes time to find the right people.

For everyone reading, it’s important for me to get that across. We’re not just abandoning the game here. This is something we want to support for the next 10 years. It just takes time to build that foundation.