GamesBeat: As far as the story content in multiplayer, what are you telling players there? Right now it’s not very clear. You have the same characters on either side. It doesn’t feel like you’re part of some larger war.

Miller: The important thing there is that we wanted to have the flexibility to do that. But I think the narrative is also — what’s the narrative of the map? What’s going on in the map? Why is there a conflict going on? We’re loose with the characters. We’re not saying this side is one side and that one is the other. We didn’t want to get into that specifically. I think what we wanted to focus on is creating interesting narratives around the place. What’s going on in the world? Why are you there?

Just because one character happens to be on the other team — we didn’t want to get tethered to that. But we’re also driving for telling more about the specialists themselves. Who are they? I think that lends itself to fun in general. The more you understand, the more you’re able to connect with the character. 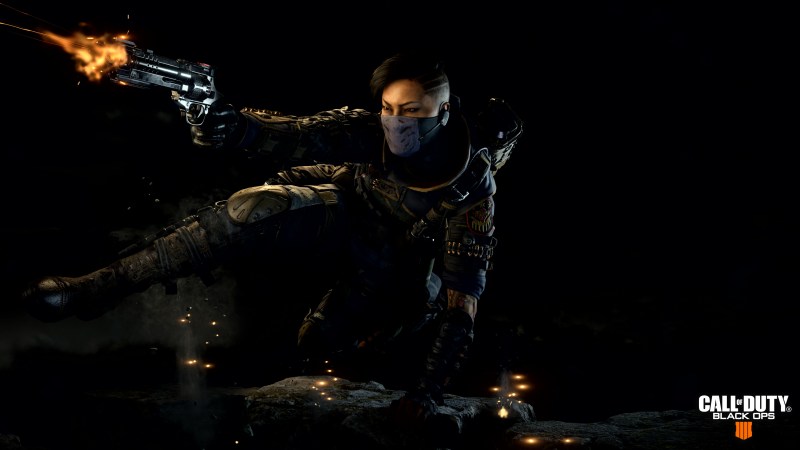 GamesBeat: Do you have to do that, though, because there’s not a single-player campaign per se?

Miller: From the beginning, we wanted to drive more narrative. We did quite a bit in Black Ops 3. There were lots of things you could get through unlocks and things like that to learn about the characters. But I don’t feel like we really rounded them out. A lot of their equipment and things they have now really define them more as a role. What’s their job? That’s one of the mantras. Do your job. Finding what is the job that specialist has and driving that through.

We also have the single-player missions that are going to drive a lot of narrative and give you a lot of backstory on who these characters are, where they came from. There’s obviously a whole lot of narrative in Zombies, too. That’s its own unique thing. The narrative is 10 years old in parts of it and brand new in another huge piece. We feel like there’s more than enough of that. We can just do more that way.

GamesBeat: Anything new you’re saying about battle royale and what that will be like?

Scronce: We’re not going into too many more specifics than what we’ve already said. Again, it’s the biggest map we’ve ever made. We’re still fine-tuning and trying to find out what works best for us. Some of the things we’re seeing internally with those cinematic moments that we’re able to create for ourselves — I was telling this story earlier. One of the designers that’s traditionally been on campaign, he’s now focused solely on Blackout. We were talking about how it’s so different for him now, because he’s always been about creating set pieces and cinematic moments for players in a very linear fashion. Now it’s completely different. He’s creating tools to give to the player, and then the player creates their own cinematic moments. 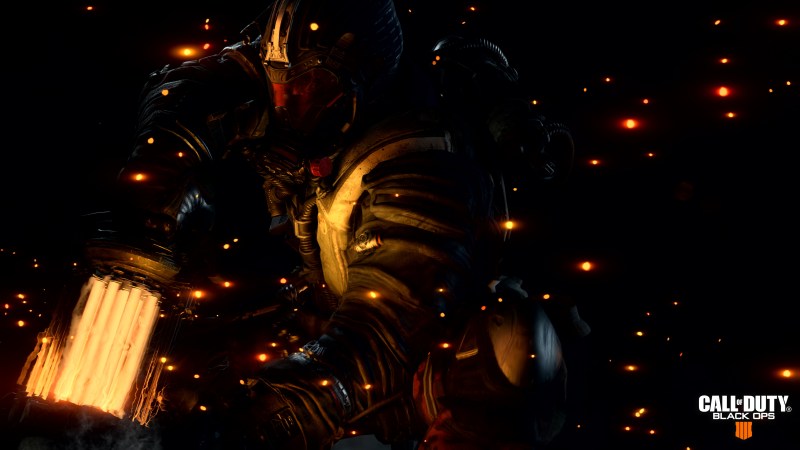 GamesBeat: Would you say battle royale play is just as fast as what I just played in multiplayer?

Miller: As far as how the match unfolds, obviously it won’t be as fast as MP. We’re still dialing in — that’s part of the conversation we’re having around player count in the playtests we’re doing. How fast should you be getting into engagements? How fast should we get down to lower player counts? But as far as movement, we’re just trying to get that fast movement in.

GamesBeat: Would you know you were in the Blackout map if you were just in a small section of it?

Miller: If we carved off a little section and you got into a small gun battle, the intention, absolutely, is to make it feel just like Black Ops at its core. There are things we’ll play with because engagement distances are longer. There’s all kinds of other things to consider. But if we were in this room in a gun battle, it would feel like MP in many ways.

That’s the fun thing about Blackout, though. We’re not bound to that. That’s the foundation, but we’re playing with different things all the time. There’s lots of different ways we’ve already diverged from MP. Sometimes we’re swinging back and going different ways. It’s constant iteration and playtests: “Try this? Nope. Not good enough. Try that? That’s better. Maybe we should iterate on that.”

Scronce: It’s definitely its own thing now, just as Zombies is its own thing. Zombies doesn’t feel like multiplayer. A lot of times multiplayer will drive other parts of the game, like our weapons – overhauling recoil patterns and animations, things like that. That often comes from multiplayer. But as with Zombies, Blackout feels distinctly different. We’ve talked about some of the classic maps we’re placing in Blackout and weaving into Blackout, so you will get some of those familiar moments — “Oh, I remember playing here eight years ago” – but at the same time, it’s its own thing.