To live in hiding, fearing for your life and anticipating that someone will come and take you away, may seem almost unimaginably difficult. But this is precisely the feeling you experience when you visit the Anne Frank House, the home in Amsterdam where Anne Frank hid from the Nazis during World War II.

I have passed in front of that house, though I never set foot inside. But this week, I was able to venture inside through the magic of virtual reality, which can transport you to another place and immerse you in its emotions. I was able to do that through an Oculus Go VR headset, using the Anne Frank House VR app created by Anne Frank House, Force Field VR, and Oculus Studios. It is a memorable experience, and I have to say in recent days it has become clear that we are very much in need of remembering what happened to Anne.

Anne Frank wrote a moving diary about her experience hiding from the Nazi occupation between 1942 and 1944. She was one of eight Jewish people who hid inside the small annex concealed behind a bookcase in the home. Her book was published posthumously, and it has lasted for generations. My children read it in school, as the story has become a tale of hope and resilience, as well as a call to remember our own humanity.

Above: Anne Frank, who kept a moving diary about her experiences during the Holocaust.

The VR experience has both a story mode and a tour mode. The experience runs for 25 minutes, touring all of the rooms of the Secret Annex, which are still furnished as they were during the war.

The app has haunting music, and the story is narrated by an actress who speaks in Anne’s voice. She talks about growing up in Frankfurt but having to flee after Adolph Hitler came to power in 1933. In 1940, the Nazis took over the Netherlands and the Franks were trapped in Amsterdam. Persecution of Jews increased, and the family finally decided to go into hiding after Anne’s older sister Margot was summoned to a work camp. The family hid in a few rooms in a three-story annex that was concealed behind a bookcase on hinges like a swinging door.

It is there where your experience begins. You simply click on the Oculus Go’s remote and enter into the annex. Anne speaks about the cramped quarters for the eight people, which include her parents, another family, and a dentist friend. The rooms are decorated as they might have looked during the war. In the actual museum in Amsterdam, the rooms are empty. 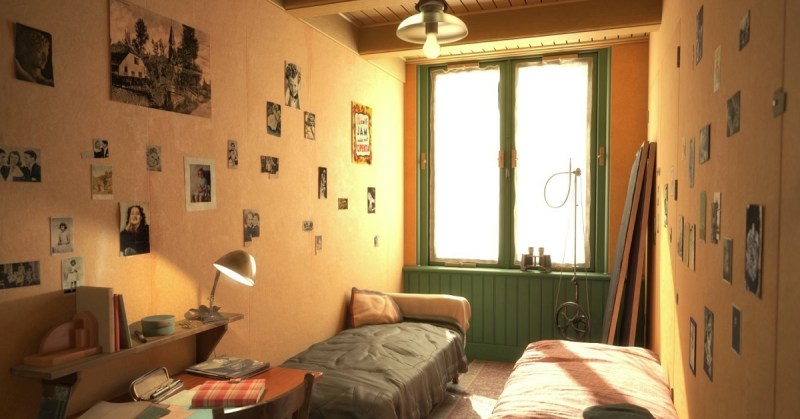 In Anne’s room, you can see a number of pictures that she had on her wall. Her father collected the pictures of celebrities and gave them to Anne to decorate the place. For more than two years, the family was not able to do anything except peek outside during the middle of the night. A number of coworkers of Anne’s father helped the hidden families survive by bringing them food and news of the outside world.

Anne formed a bond with the young Peter van Pels, and they started a romance. She mentioned how she received her first kiss from him. The story captures only a small part of the daily life and relationships that Anne wrote about in her diary. There is little about the hopes of the Frank sister to return to school after the war was over. 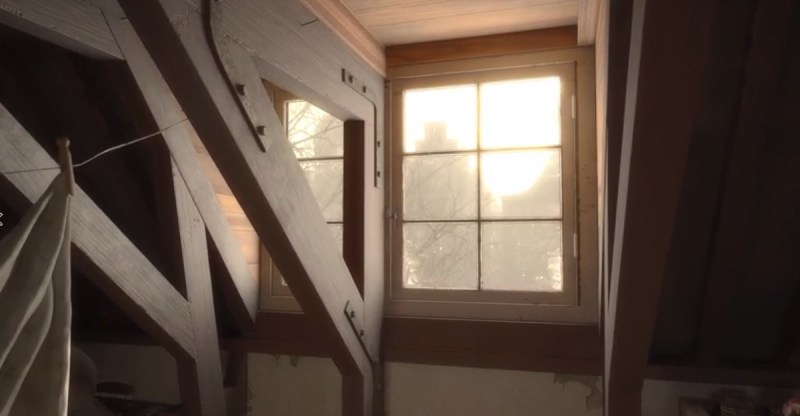 Above: The view from the secret annex, known as Achterhuis.

But on the morning of August 4, 1944, the secret annex was stormed by German uniformed police. They were taken to police headquarters and interrogated. The next day, they were transferred to a detention house. They were considered criminals and sent to the Westerbork transit camp, which had more than 100,000 prisoners. Two of the helpers were questioned but let go. They returned to the secret annex and collected Anne’s papers, which were on the floor.

They were shipped to Auschwitz, the death camp in German-occupied Poland. There, the men were separated from the women and children. They were forced to do hard labor, but were not sent to the gas chambers. In October 1944, they were sent to the Bergen-Belsen camp. Both Anne and Margot died in that camp. Anne was 15. 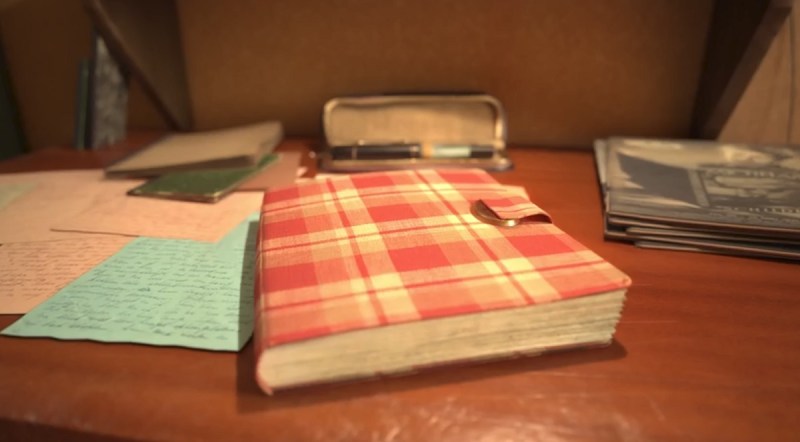 After the war, Anne’s father, Otto Frank, was still alive. He went back to Amsterdam, where he learned of his family’s death. He received the diary and other loose papers from one of the helpers, Miep Gies. He saw to its publication in the Netherlands in 1947. Later, it was republished in 1952 under the title Anne Frank: The Diary of a Young Girl. In 1999, Time magazine published its “Time 100: The Most Important People of the Century,” and it listed Anne Frank as one of the heroes and icons. The home in Amsterdam is now a museum.

The app runs in seven languages and it can be downloaded from the Oculus Store for the Samsung Gear and Oculus Go VR headsets.