I don’t always know what I’m going to end up playing or who I’ll ended up talking to at the 2018 Electronic Entertainment Expo trade show each year. A lot of my schedule is appointments, but I often have to chuck that plan into the Los Angeles sewer system as soon as the convention opens. So I’m not surprised that I ended in front of a Lego DC Super Villains demo station at the Warner Bros. booth on the last day of E3.

But I’m glad I tried this new game. It was a reminder of what the TT Games studio does well, and that’s find ways to have fun with recognizable characters that people love. It was also interesting to see some of the ways the Lego series has grown. In Lego DC Super Villains, you can customize your own character and then level them up with a variety of powers throughout the adventure.

After my demo, I spent about 15 minutes talking with Lego DC Super Villains executive producer Phillip Ring about the game, which is due out for PC and consoles October 16.

GamesBeat: How do you make sure you’re appealing to new players and keeping things fresh for returning fans?

Phillip Ring: That’s something that’s actually really important to us. This being the DC supervillains, it’s the fourth game we’ve done in the DC universe. We wanted to make sure that even if you’d played all of the other DC titles we’ve done, and even all the other Lego games, you’ll come along and say, oh, this is cool, I wasn’t expecting that, this is new. We have new mechanics, new abilities, and even characters that are returning — someone like the Joker — have a whole host of new moves, new animation sets. In the demo he has the ability to control goons. Which is something that also fits really well with villains.

We wanted to have that as something that would feature throughout the game as you’re playing. Like I said, it matches villains. Heroes don’t call on other people. We get to be quite villainous with this. Goons are disposable, so you get to use them and then, well, I’m done with you, you can go now. Then there are other mechanics we have later on that are similar sorts of things. There are things the Joker does that make perfect sense for him. So we’ve added new mechanics that are specific to the characters. Then also the idea that you can create a custom character that has a different dynamic. We’ve never really had a game where you to get to unlock and progress a character through the story. You get more abilities and unlock new features.

GamesBeat: In the demo, I absorbed energy to gain new powers — that would happen multiple times throughout the game?

Phillip Ring: Yes, very much so. That’s the first instance where we unlock an ability for that character. That happens multiple times. Through the story, your custom character becomes super-important. He’s critical to what’s happening in the world. That idea, that you can progress something and have some sort of — I’m putting myself into the game, but I also have some affiliation with it. That’s brand-new as well. We wanted that feeling, like you were contributing to this world.

GamesBeat: How do you balance that with — I’m still able to switch between all these characters. Sometimes I leave my character behind. How do I still make sure I have that connection with the character throughout the game?

Phillip Ring: We wanted to, from a story perspective — we did toy with the idea of saying no, we’re just going to follow your character throughout. But what we’ve done is there are sections like, “Meanwhile, this is happening…” In the very first level, your custom character that you created and put into the story is with Lex. You’re escaping the prison. We cut to the Joker and Harley, and it’s almost like, meanwhile. … And then you see the two groups come together.

That’s how we’ve done it. The character that you put in the game does turn up, and then there are some sections where we say, while this is happening, this is also happening elsewhere. It’s also because of — sometimes we’re jumping from not just parts of the city, but elsewhere. There’s a bit of distance between places.

GamesBeat: When it comes to these games, how much of it is about a formula, and then how much needs to be new to justify making another game?

Phillip Ring: For us, that’s really important. We don’t necessarily have a formula. We don’t just sit there and say, we’ll use 40 percent what’s tried and tested and then 60 percent new. It’s more of a feeling. It’s more; we’ve worked on these games, played these games, and lived in these worlds. If we feel we’re doing something and it’s like, this could have been in Batman 2 or Batman 3, it’s not right. We want to make sure that we feel like this feels different, this is cool, this is something that’s new.

And of course we don’t want to lose some of the things we have. It’s a Lego game. You want to be able to smash things up and use the bricks to build something new. Or have familiar mechanics. For example, in the first level, the silver Lego, we educated people that you can blow silver Lego up with explosives. We don’t want to throw that away and turn around and say, oh, no, now it’s purple or green. There are familiar things that help–

GamesBeat: It’s part of the series. You want to keep those things people remember, because why change that?

Phillip Ring: Exactly. And that familiarity really helps with the younger audience as well. If they’ve played another title and then they come to this, they’ll have that familiarity. They’ll know how to deal with it. “I just need to find a character with the right ability now.”

GamesBeat: What’s it like building puzzles for such a wide, varied age range? It seems like kids and adults are all going to come to this game. How do you make sure they’re challenging, but at the same time, easy for a young kid to figure out? Or are kids just more patient?

Phillip Ring: No, it’s a testament to the design team. Because it is really tricky. This could be the first time has anyone ever picked up a controller. They could be an eight year old kid, never played a game before, and this is the first time he’s coming to play a game. So how do you make something that they’re not going to get frustrated with, while the 20-, 30-, 40-, 50-year-olds who’ve played every Lego game, who play really hardcore games, are still entertained? Trying to find that balance. The team do a good job of being able to say, let’s make it so we can make some clear signposting. The main story arc, playing through that, that’s where the easier puzzles are, if you will. And then as you start to explore and go off into free play or explore the open world, that’s where we layer on more difficulty. Younger gamers who just want to get through the story feel like they’re being rewarded. Someone who’s a bit better at games will say, I can get through this, but then they’ll start to find the trickier things. So it is trying to find a balance, and also what you do with different locations. If you’re in a story level compared to in free play, for example. 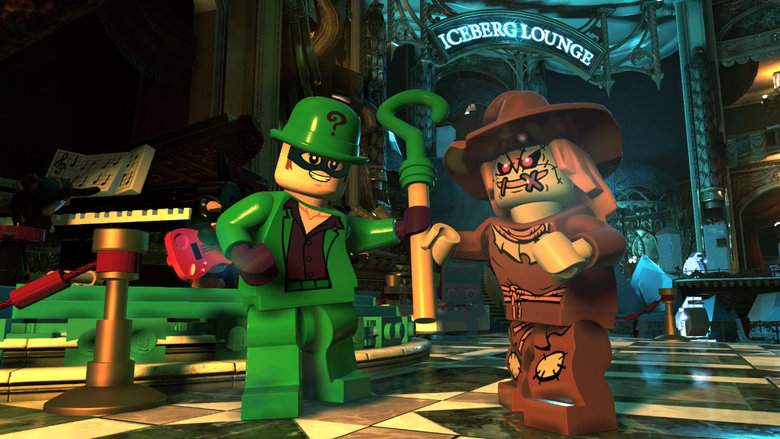 GamesBeat: Is there anything else you’d like to talk about? Something you wish people would ask about more?

Phillip Ring: [Laughs] There’s loads. Some of it we’re not allowed to talk about. The thing for me is, the character customizer is so detailed. We keep saying there’s so much you can do with it. A lot of the time we hit the random button and you can see a collection of things that come together. If you want to go in and individually change every element, every color, every deco, you can do that. If you really want to make this particular character – this is who I want to put in the game – we think people are going to spend a lot of time doing that. We’re really hoping that people can then show that to the world and say, this is my character. They can talk with their friends and say, I’m playing as this, this is me. I can fly and use these abilities like this.

GamesBeat: Does every option in the character creator correspond to a real Lego piece? Or are you allowed create new stuff?

Phillip Ring: No, no, we’ve worked with Lego for so long, there’s original pieces of Lego there as well. There’s different deco torsos and things like that, but we also have unique head elements and things. Some of those are based on things you see in the DC universe, so they don’t exist as a minifigure, but they follow all the guidelines, so if Lego ever were to create it–

GamesBeat: That’s very cool. So you get all this freedom. And you’re seeing people spend a lot of time with the character creator?

Phillip Ring: Yeah, a huge amount of time. It’s quite funny. This is the first showing of this game, and we were wondering how many times people would just sit there with the customizer and not play the rest of the level. Because we have seen people keep coming back to it. One of the other important things as well, we didn’t want it to be so that you create a character, get three or four hours in the game, and then kind of wish you’d made something different – “I’m a bit bored of this guy.” I’ve done that in games in the past. At any point you can go back and change it. You want to update how you look, you want to assign new powers–

GamesBeat: Is that just a menu option, something like that?

Phillip Ring: There’s a couple of locations in the open world where you can go back and then start making changes. You can reassign your powers. It really is a case of — if you’d like to have superspeed now, you can go and do that, or if you want a pink afro, you can go make those changes.